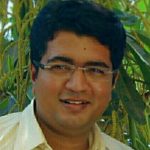 Swapnil Kambli
Swapnil Kambli is a cloud consultant and trainer specializing in cloud adoption, migration, support, and optimization. He has 14 years of experience advising enterprises in areas ranging from containers to server management, virtualization to cloud computing, automation to DevOps, system administration to site-reliability engineering, and systems management to governance.

When Docker first released a containerization product, they started with Linux as a base platform. In 2014, Docker and Microsoft announced partnership to provide a consistent platform to build, ship, and run any application. On Windows Server 2016, Docker and Microsoft came out with container technology that provided a consistent experience across both Linux and Windows Server environments.

In 2017, they released Docker Swarm with the ability to create mixed Windows Server and Linux clusters. In 2018, this release followed with added support for the Semi-Annual Channel (SAC) Windows Server 1709 and 1803 versions. With Windows Server 2019 (the 1809 build), Microsoft managed to bring the containers to Windows on par with containers on Linux systems.

At present, thousands of enterprise customers are widely using Docker on Windows in production environments. However, there's always been a subtle functionality difference between Windows containers and Linux containers. Microsoft Windows Server is closing that gap rapidly with new releases.

The second factor that determines whether to go for the Hyper-V feature is the OS build. Windows containers need to have the same build version as the version of the container host OS they run on. Container images tagged as 1809 would work on the latest 1809 Windows version builds. However, if we have built container images on a lower version of Windows than the container host OS, we can run these containers with Hyper-V isolation, which requires enabling Hyper-V.

You can install Hyper-V on Windows Server using the PowerShell command below:

Also, we need to note here that we can switch between process isolation and Hyper-V isolation during runtime using the parameter isolation while spinning up Docker containers. 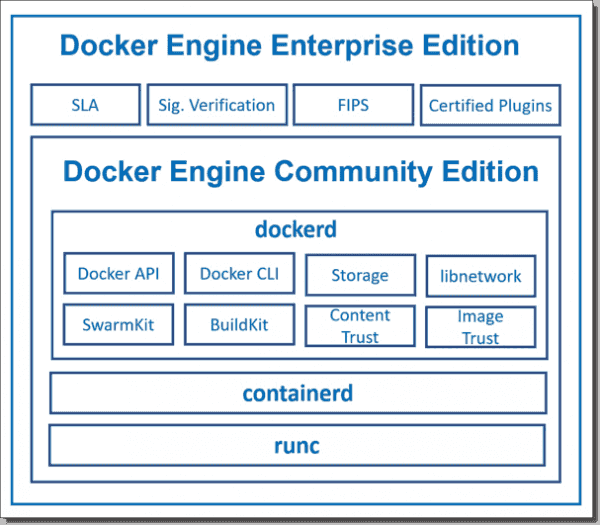 As for Docker Desktop Community/Enterprise, they designed this product set considering developers and a development environment in mind. Docker Desktop provides an installation wizard, a management UI, and several other utilities for improving deployment. Docker Desktop is supported on Windows 10 and Mac. Docker Desktop comes with the Docker Engine CE or EE depending on the product tier we choose.

In this article, we are going to install Docker Engine EE on Windows Server 2019. To get the full functionality of the EE edition, we need to purchase the EE license from Docker.

The process for installing Docker EE on Windows Server is quite simple with the introduction of the OneGet provider PowerShell Module. As a first step, install the Docker-Microsoft PackageManagement Provider module from the PowerShell Gallery.

We can use the commands below to view the installed package provider and the Docker package made available through it.

Next, we will use the PackageManagement PowerShell module command Install-Package to install the latest version of Docker.

After installing the Docker package and we have our command prompt back, we need to start the Docker service using the command below.

When we run the Docker service for the first time, it creates a virtual switch/interface viewable through our Control Panel pane.

Also, we can verify the Docker virtual network creation using the Docker command below. The default name of the bridge or switch in a Windows environment is NAT.

This virtual switch lays the foundation of networking for containers to communicate with each other as well as talk with the container host.

Next, we can run the Docker version command to check the details of our deployment setup. We can verify the Docker engine and client version from the command output. 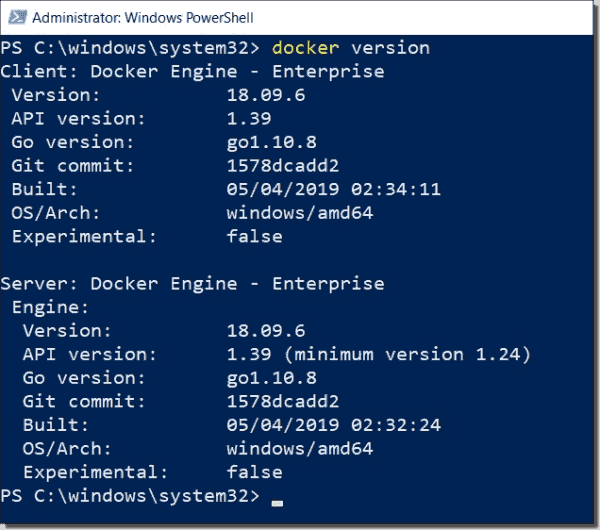 And lastly, to confirm the Docker client-engine communication is working fine and installation is complete, run the command docker info. This provides us with system metadata along with the current container stats. 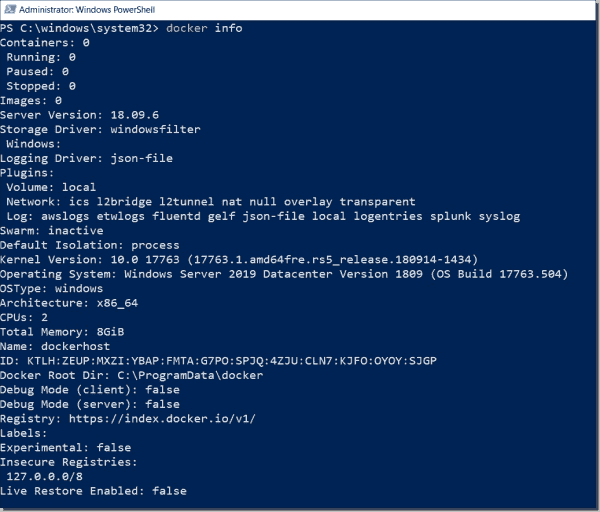 Now that we have completed the installation and verified everything is working smoothly, it's time to run our first Windows container on Docker.

Considering these two factors, let's verify the build version of our container host. 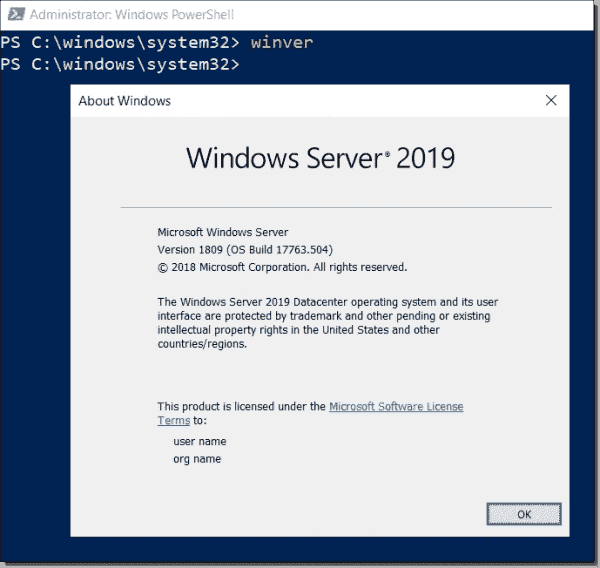 As the container host build version is 1809, let's try to download a Nano Server image from the Microsoft image/container registry to the local machine.

We can verify the locally available image along with its metadata information, such as size, image ID, and creation date.

We can use the downloaded image for baking our application into it and creating a new container. But for simplicity, let's launch a basic container that will run just a simple command inside the OS and exit.

Create and run a Docker container

This command created a new container from the Windows Nano Server image, and the container outputted the machine name of the container, a random ID set by Docker. To see more information about the container we created just now, run the command below.