Windows Extended Protection uses channel binding and service binding to provide additional validation that a logon session is intended for a specific resource.

Recently, in response to zero-day attacks targeting Exchange Server, Microsoft has implemented Windows Extended Protection as an additional means to increase security as part of its recommended guidance with Exchange Server security updates.

Attackers often use social engineering, "man in the middle" attacks, or credential relaying to coerce unsuspecting end users into connecting to a malicious server and exposing their credentials. Consider the example of an attack scenario in which integrated Windows authentication (IWA) is deployed in the environment. 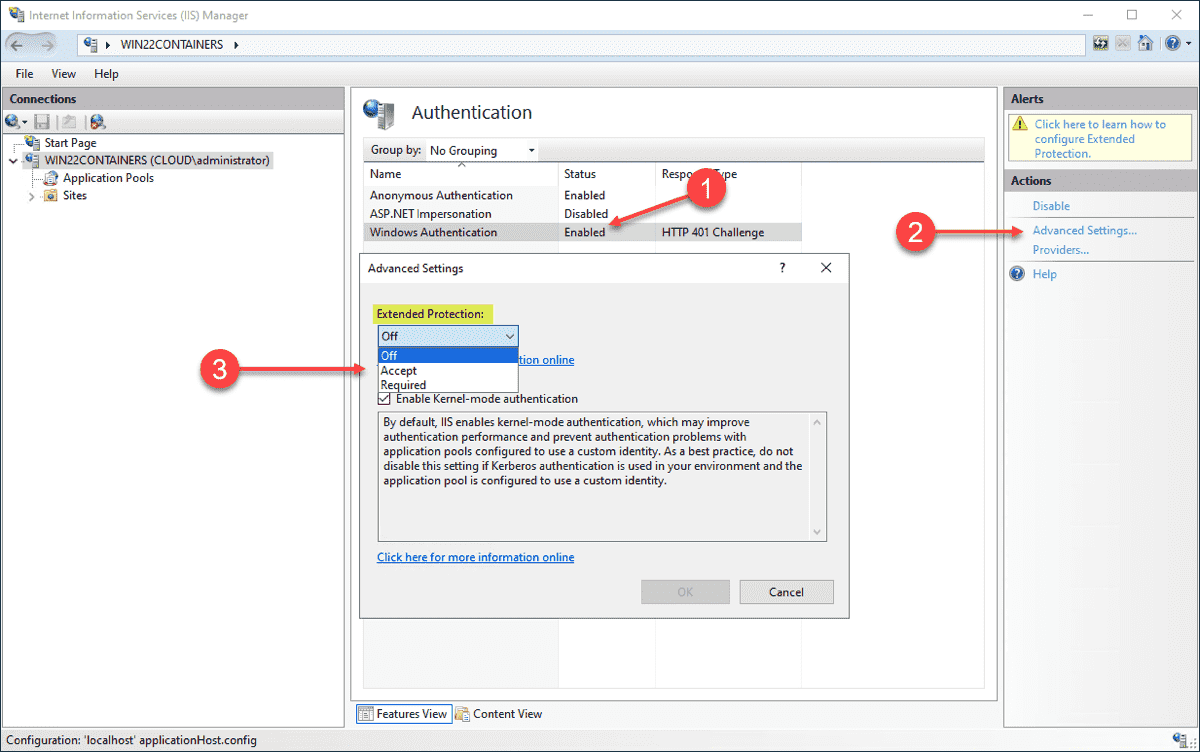 Microsoft has introduced support for Windows Extended Protection in Exchange Server 2013, 2016, and 2019, starting with the August 2022 Exchange Server Security Update releases in response to critical vulnerabilities. In addition, Microsoft has provided additional resources by providing sanctioned scripts to help enable the feature on each virtual directory contained on an Exchange Server installation.

The scripts helps to automate the process, as Exchange Server has a multitude of directories that can leverage the extra security provided by Windows Extended Protection. Additionally, due to the number of changes needed, Microsoft recommends using the script instead of manually introducing the changes. You can read the full documentation and download the latest version here.

Downsides to using WEP on Exchange

As with most other security protections and mitigations, it brings its own set of challenges and issues. Several scenarios are not supported when enabling Windows Extended Protection. Note the following and the workarounds proposed by Microsoft:

Read further details on configuring Extended Protection in the above scenarios here.

However, customers must pay attention to the scenarios and configurations that may have issues, such as Exchange Server 2013 public folders.

You can read more about the August 2022 Exchange Server security guidance here.