Wolfgang Sommergut  Mon, Apr 26 2021Mon, Apr 26 2021  azure, cloud computing, windows server  0
Microsoft introduced Storage Spaces Direct with Windows Server 2016. Since then, the OS has included all the components to set up a hyper-converged infrastructure. Based on the same technologies, the company announced Azure Stack HCI two years ago. What are the differences between the two solutions?

Azure Stack OS for hosts only ^

It includes an operating system based on Windows Server, which, however, is sold under the name Azure Stack HCI. It is limited to the role of a host OS and may only be installed on bare metal, not in virtual machines. 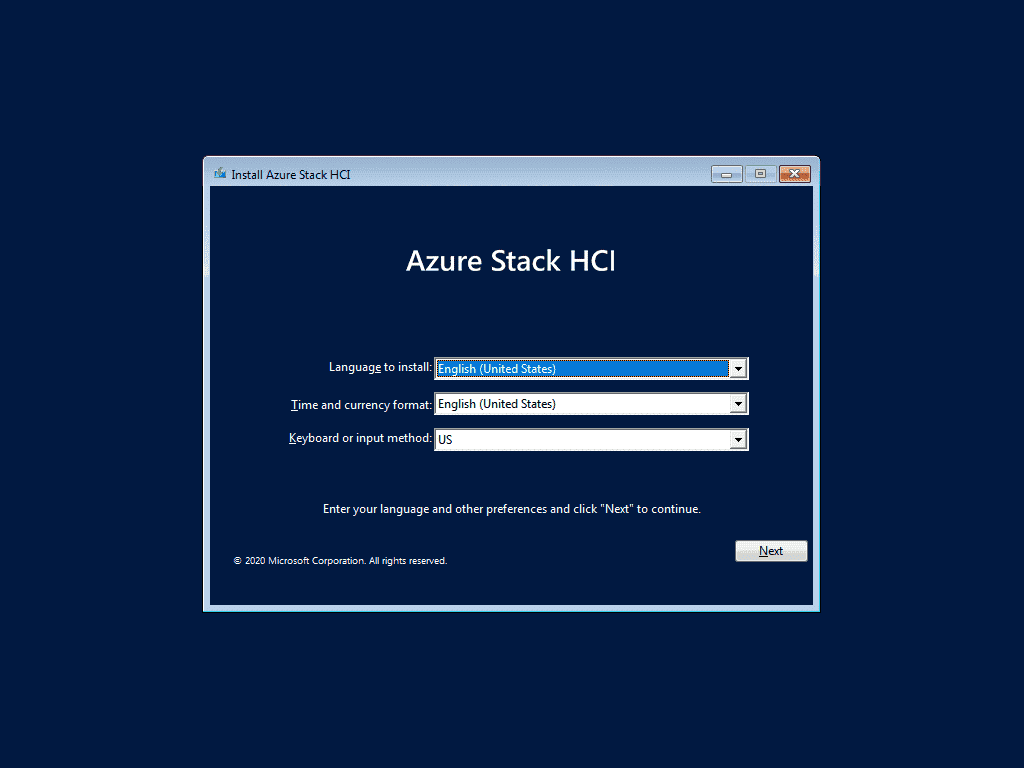 Azure Stack HCI is based on a customized Windows Server Core

Accordingly, it only has the roles that it needs for this task; first and foremost, it includes Hyper-V, the cluster service, and S2D. It also doesn't offer a desktop experience, so it is ultimately something in the middle between the free Hyper-V server and Server Core.

A key difference from Windows Server is that the hardware is subject to more stringent requirements, and the "Certified for Windows Server 2019" logo isn't enough. Systems that pass Microsoft's validation can be found in the Azure Stack HCI Catalog. 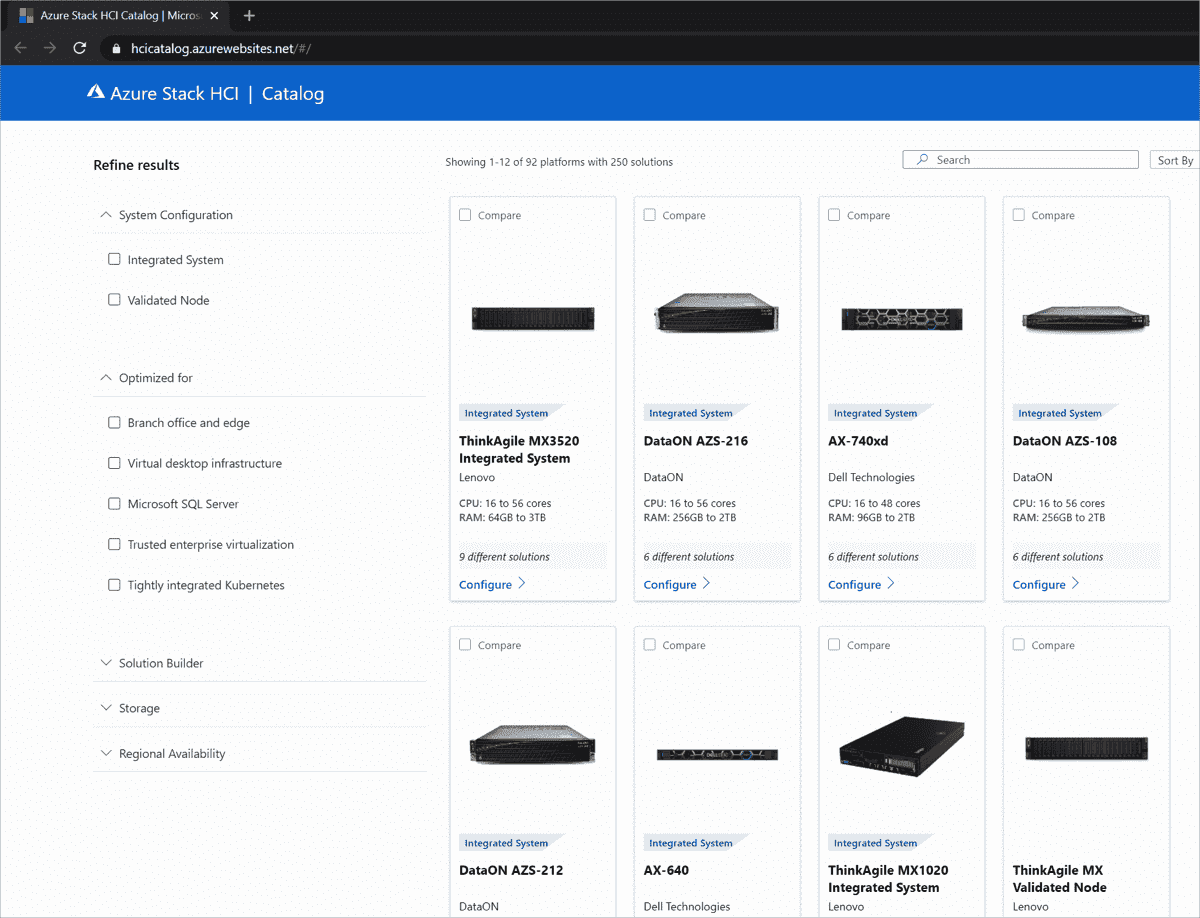 The fact that Azure Stack HCI only supports a few hand-picked components out of the box is evident, for example, when you want to install the operating system in a VMware Workstation VM for evaluation. There is no driver on the installation medium for the virtual SCSI controllers and NICs that are most commonly used there, whereas Windows Server can be set up in this context without any problems. 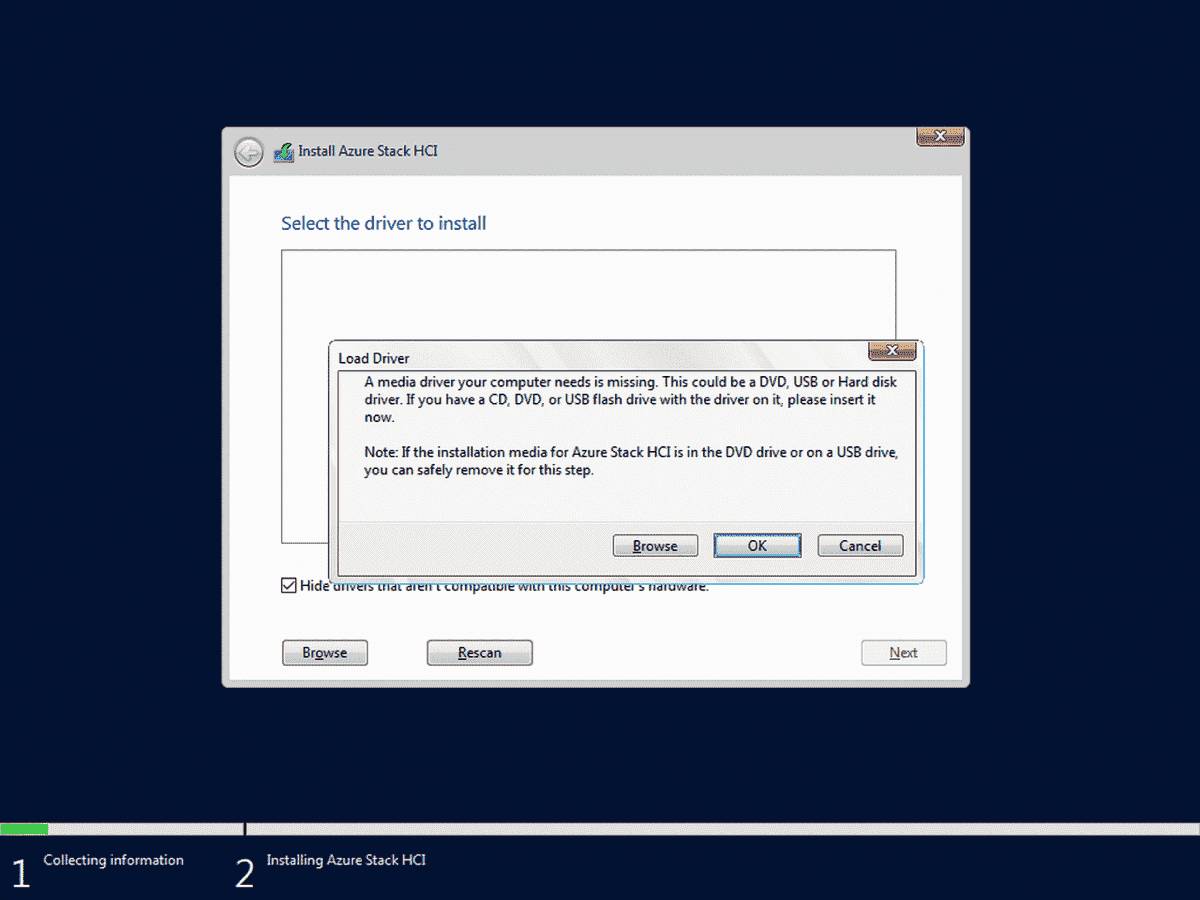 With the restriction on a manageable number of components and certified complete systems, Microsoft is now pursuing an approach similar to that of VMware or Nutanix for hyperconverged systems. Since HCI clusters must consist of largely identical computers, an inferior driver would have far-reaching consequences for the entire infrastructure and a number of applications.

The licensing conditions for Azure Stack HCI are also similar to those of the competition. The operating system can only be used as a host OS and has to be purchased via a subscription billed to the Azure account. This currently costs 10 USD per compute core per month; hence, for example, a dual CPU machine with 16 cores would add up to 1920 USD per year.

Windows Server Datacenter Edition, on the other hand, contains all the components required for setting up a hyperconverged infrastructure in the host OS and authorizes the operating system to run in an unlimited number of VMs.

Therefore, it is often difficult for IT departments to justify spending additional money on pure infrastructure, for example, by deploying VMware vSphere. The finance and controlling department can then argue that similar functions are already included in Windows Server, whose datacenter license is required for the VMs anyway.

This conflict now also arises in the decision to buy Azure Stack HCI because there is usually no way around an additional Windows Server Datacenter for the VMs.

It is easy to predict that Microsoft will prefer this variant and equip it with exclusive features. This includes, for example, that Azure Stack HCI continuously receives new features, while the LTSC version of Windows Server only gets an update about every three years.

You could also get the short update cycles through Windows Server in the semiannual channel (SAC), but Microsoft doesn't recommend it for infrastructure services, such as running virtual machines.

The features currently reserved for Azure Stack HCI include the ability to set up a stretched cluster across two sites for disaster recovery, built-in driver and firmware updates, and significantly faster S2D resync, such as when disks need to be replaced.

In addition to the operating system, which includes S2D, the Windows Admin Center (WAC) is also part of the Azure Stack HCI package. The Cluster Manager contains a wizard for setting up a hyperconverged cluster that covers the entire workflow.

Microsoft partners who offer certified complete systems for Azure Stack HCI are required to preinstall the operating system. This is sufficient as a starting point to configure the HCI cluster with the WAC.

Although there are no fundamental technical differences between Azure Stack HCI and Windows Server with S2D, the WAC wizard refuses to configure a hyperconverged cluster based on Windows Server 2019. 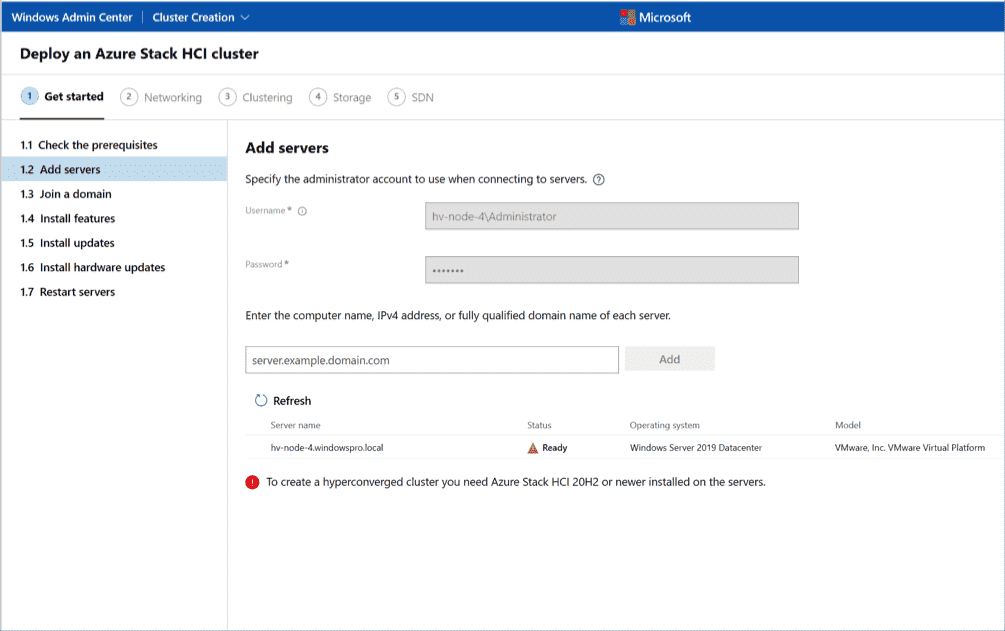 Accordingly, admins still have to rely on a mix of failover cluster managers and PowerShell for this task, which requires some manual work. If they also deploy a custom-built system, they must check the Windows Server Catalog for each component to see if it is suitable for S2D.

Conventional servers, as well as poor tool support, thus make hyperconvergence with Windows Server a DIY solution. Microsoft will increasingly direct those who need such an infrastructure for critical applications to Azure Stack HCI.

Microsoft is positioning Azure Stack HCI as its primary platform for hyperconverged infrastructures. While Windows Server 2019 contains largely the same technologies for this purpose, it is already falling behind due to longer update cycles and limited tool support.

Nevertheless, many users are likely to accept these disadvantages because of the cost advantage of Windows Server 2019. With a datacenter license, they can not only run the host, including Hyper-V and Storage Spaces Direct, but also install the OS in all VMs. With Azure Stack HCI, users must purchase the necessary Windows license on top of subscription fees.

Overall, with the implementation of Azure Stack HCI, Microsoft is following a course that VMware, Nutanix, and smaller providers like StarWind have been following for some time: partners provide certified systems that are largely standardized and can be delivered to the customer as turnkey appliances if required.

The classic Windows model, where users or partners implement solutions on site based on very heterogeneous hardware, will be obsolete for HCI in the foreseeable future.