How to run Hyper-V nested in VMware Workstation

Home Blog How to run Hyper-V nested in VMware Workstation

Timothy Warner  Fri, Mar 8 2013Fri, Mar 8 2013  hyper‑v, virtualization, vmware  23
Today we’ll learn how to install and run the Hyper-V role in a virtualized instance of Windows Server 2012. With the advent of VMware Workstation 9, we can finally perform nested virtualization.

Historically, we systems administrators have not been able to run a virtual machine (VM) inside of a virtual machine. However, the release of VMware Workstation 9 finally gives us the ability to perform nested virtualization.

Our goal here is to install and run the Hyper-V server role in an already virtualized instance of Windows Server 2012. We’ll then demonstrate that nested virtualization works by deploying a virtual machine (VMs) inside the “outer” VM.

You should check the Virtually Ghetto blog for a neat post that outlines a whole bunch of undocumented .VDX configuration parameters. 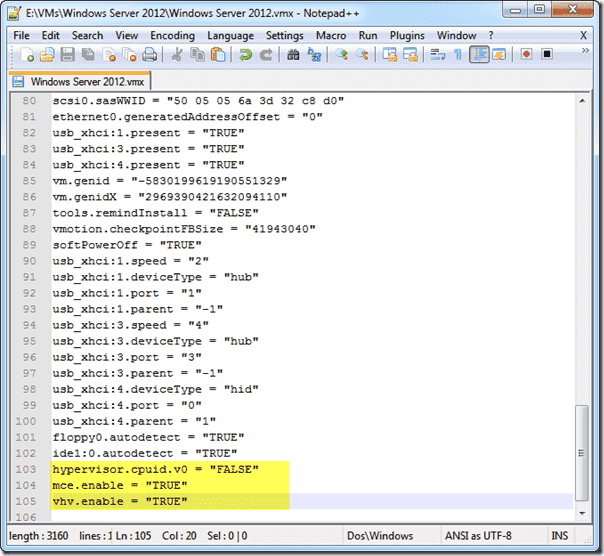 Your .VDX file may already have an entry for vhv.enable. If so, then please ensure that you don’t have duplicate entries in the configuration file or your VM will fail to boot and produce the “Dictionary Problem” error. I’ve shown that error in the following screenshot.

Dictionary problem - A duplicate entry in your VDX file produces this error.

If you try to install the Hyper-V role in virtualized Windows Server 2012 without enabling nested virtualization, then Windows presents the “hypervisor is already running” error message shown in the following screen capture: 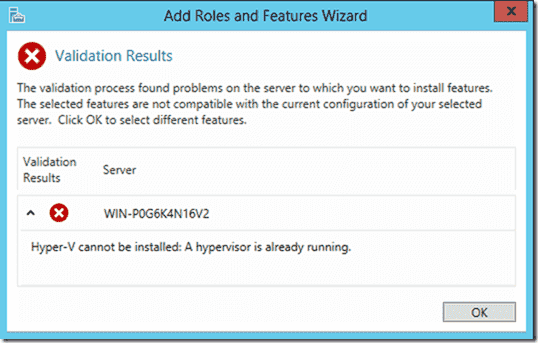 Hyper-V cannot be installed: A hypervisor is already running.

Boot up the Windows Server 2012 VM and install the Hyper-V server role. We can do this either graphically via the Server Manager, or by using Windows PowerShell. For instance, we can open an elevated PowerShell prompt and submit the following command to install Hyper-V with its associated management tools.

After the “outer” VM restarts, we can fire up the Hyper-V Manager tool and test out the nested virtualization. 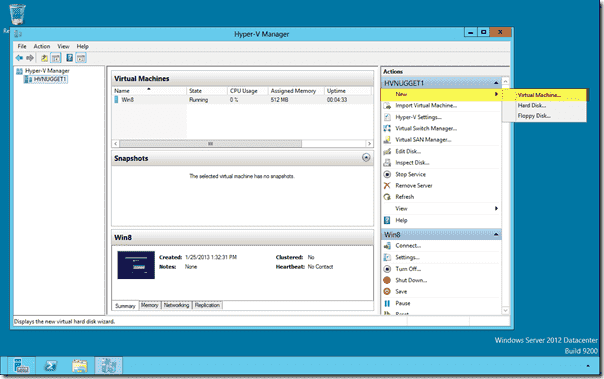 The rest of the process should be familiar to any Windows administrator who has used Hyper-V. The following screenshot should serve as proof that we can perform nested virtualization with VMware Workstation 9.

In the screenshot I’m installing a Windows 8 Hyper-V VM inside of a Windows Server 2012 VMware VM, which in turn runs on my Windows 7 hardware host. 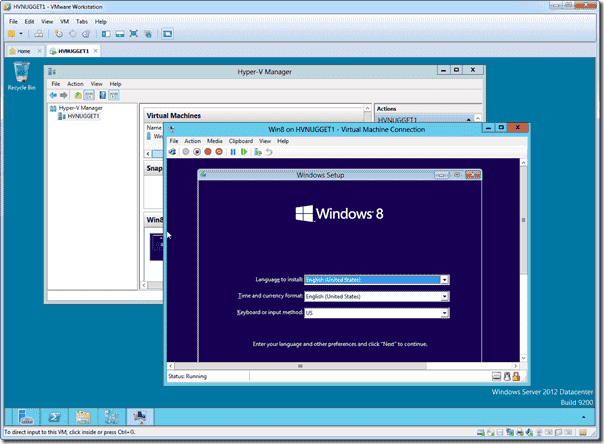 Because VMware Workstation is a desktop application and not an enterprise server product, we certainly aren’t looking to deploy production-quality Hyper-V server boxes from this platform.

However, the ability to perform nested virtualization makes it much easier for administrators and developers to build, test, and rebuild configurations with the least amount of administrative effort.

Leave a reply to Gibbs Click here to cancel the reply