How to install Windows 8 on a UEFI PC

Home Blog How to install Windows 8 on a UEFI PC

Wolfgang Sommergut  Fri, Jun 21 2013Sat, Jun 22 2013  security, windows 8  7
Installing Windows 8 on a UEFI PC can require a few tweaks. In this post you will learn how to prepare your boot media and PC setup, so Windows will make use of the advantages of the BIOS successor Unified Extensible Firmware Interface (UEFI).
Contents

Microsoft wants to push the BIOS successor UEFI with Windows 8. The enhanced UEFI support in Windows 8 and the requirements for hardware vendors to receive the Windows 8 logo demonstrate this. Nevertheless, installing Windows 8 on a Windows 8 PC is not as easy as it should be. 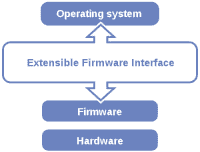 Windows 8 still can be installed on a BIOS PC, and UEFI is not required. However, if you have just purchased new hardware, then you probably want to make use of all its capabilities. The main advantages of UEFI are the support of GPT drives, which allow you to use more than 2TB of space, Secure Boot, and a faster boot-up process.

Not only is Windows 8 compatible with BIOS, but UEFI also comes with a Compatibility Support Module (CSM) that enables new PCs to mimic a BIOS. By the way, this also applies to Windows 8 x86, which doesn’t run on UEFI systems; only the 64-bit version supports UEFI. 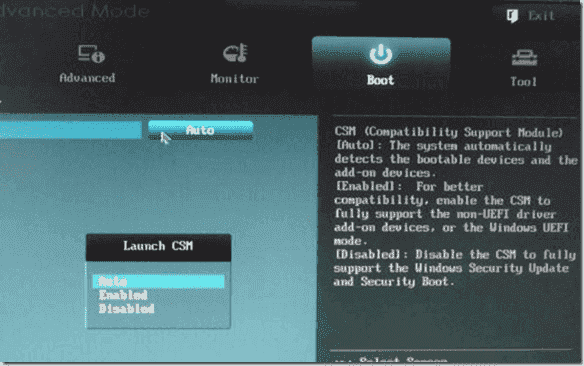 This welcome support of old hardware and software can sometimes cause the Windows 8 setup to install a x64 Windows in compatibility mode. On many PCs, the CSM is enabled by default. For instance, computers with an Asus P8H77 mainboard, which run the AMI firmware, belong in this category.

If the setup runs into problems during the Windows 8 installation, the BIOS emulation will automatically be enabled and the PC will be treated like a computer with old hardware. You can avoid this behavior by disabling CSM in the PC setup. If you only install Windows 8, then you probably won’t need it anyway. The only exception is that the graphics adapter doesn’t support the UEFI Graphics Output Protocol.

Installation from a USB stick

Installing the operating system from a USB stick is a popular alternative to burning the ISO file on a DVD. Of course, the USB drive must be bootable and contain all the Windows 8 setup files. Microsoft offers the free Windows 7 USB/DVD Download Tool for this purpose.

However, almost all memory sticks are configured as MBR drives so that you can’t use them as boot media. Windows can only be started from GPT drives in UEFI mode. Thus, you first have to delete all partitions and then convert the drive into a GPT drive with the diskpart command convert gpt:

Note: The diskpart tool is only for experienced users. Be careful not to delete the wrong drive.

A problem of the Windows 7 USB/DVD Download Tool is that it always formats an existing partition with NTFS, but FAT32 is required for booting up in UEFI mode. Depending on the hardware and firmware configuration, a Windows 8 setup that booted from an NTFS partition might automatically start the BIOS mode or even not boot up at all if CSM is turned off. 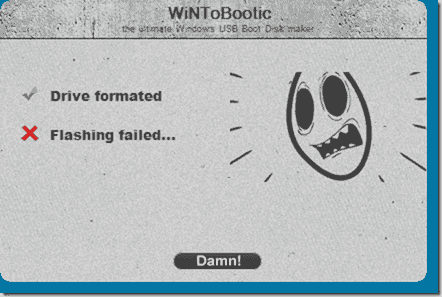 Hence, a better option is to configure the USB stick as a GPT drive with FAT32. The WiNToBootic tool supports this; however, during my tests, the free utility sometimes crashed with a meaningless error message. A more reliable utility is the free Windows 7 USB tool alternative Rufus.

Installing Windows 8 from a DVD usually doesn’t cause so many problems. In most cases, the only thing you have to do is configure the boot-up sequence in the PC setup. If MBR partitions already exist on the hard drive, you have to delete those during the setup process. Converting existing partitions is not possible. The system won’t be able to boot up on an UEFI PC if you install Windows 8 on a drive with existing MBR partitions. 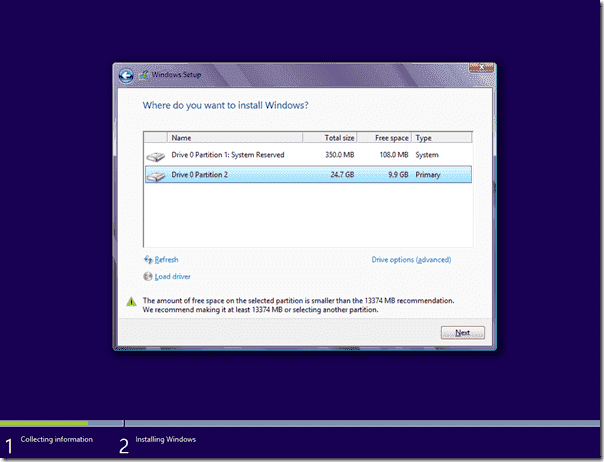 If Windows 8 only creates one system partition aside from the installation partition, then you can assume that Windows will be installed in BIOS mode. On UEFI PCs, Windows only boots from GPT drives on which it creates an additional EFI system partition. If you don’t see this partition, you have to cancel the setup and try to find the reason why the setup is in BIOS mode.

This post is a translation of the German article Windows 8 auf UEFI-PCs installieren.