How to image unknown computers in SCCM 2012

Home Blog How to image unknown computers in SCCM 2012

Joseph Moody  Wed, Feb 4 2015Fri, Nov 6 2015  deployment, sccm, system center  7
Imaging so-called unknown computers (computers that are not in the SCCM database) in SCCM 2012 requires a bit of prep work and an understanding of the deployment process. This guide dives into unknown objects, distribution point changes, and task sequences.

Latest posts by Joseph Moody (see all)
Contents of this article
Operating System Deployment (OSD) under Microsoft Deployment Toolkit (MDT) control is radically different from OSD with SCCM. This is even true with SCCM/MDT integration. We can really think of MDT as a pulling deployment solution. From bare metal to a refresh, actions tend to be client-driven (though not always). SCCM, for the most part, is a push deployment solution. For example, an administrator would not make task sequences available to every device. Bad things can happen. This can make it difficult for an SCCM administrator to manage new and unknown computers. Let’s look into the process and changes needed to image unknown computers in SCCM 2012.

For me, the largest barrier to overcome was unknown computer deployments. These are OS deployments to machines not found in the SCCM database or those that your SCCM infrastructure is not currently managing. Unknown machines can also include devices that an admin has not manually imported into SCCM. If SCCM doesn’t recognize the MAC or BIOS GUID, it is an unknown computer. By default, the Device Collections root contains an All Unknown Computers collection. This collection contains two objects: x64 Unknown Computer and x86 Unknown Computer. 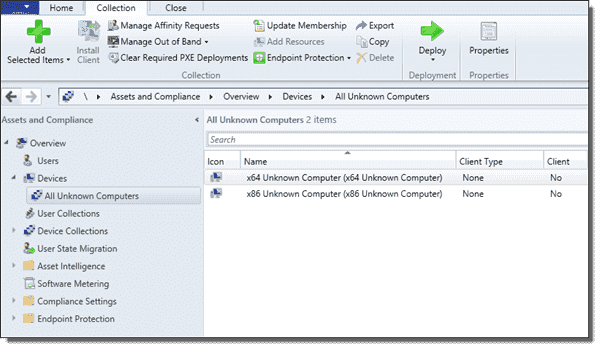 Members of the All Unknown Computers collection in SCCM 2012

This guide won’t cover the creation of a SCCM task sequence; the creation process is identical for known and unknown computers. However, unknown computer imaging does require a bit of tweaking to make the process run smoothly. Your task sequence must include a method of installing the Configuration Manager client. The Setup Windows and the ConfigMgr task normally handle the installation, so an unaltered task sequence would work fine. If the Configuration Manager client installation fails (or if the task sequences fail early enough), the imaging device will be registered with the name “Unknown.” Objects linked to an unknown record do not fall under the All Unknown Computers collection. You should delete an unknown device record before you reimage the machine.

An Unknown device record in an SCCM database

Decide whether your task sequence will be an assignment (available) or a mandatory (required) deployment. A required deployment is interaction-less. It will not prompt for any information. An assignment will allow you to direct the OS installation path. You can select a task sequence if multiple devices are deployed, and you can assign a computer name before the installation occurs. 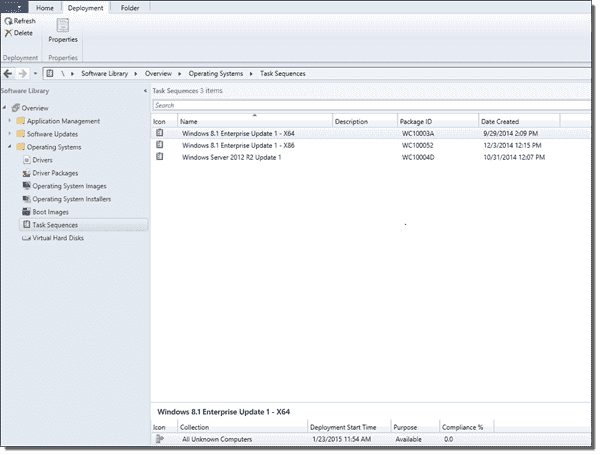 An available deployment to the All Unknown Computers device collection 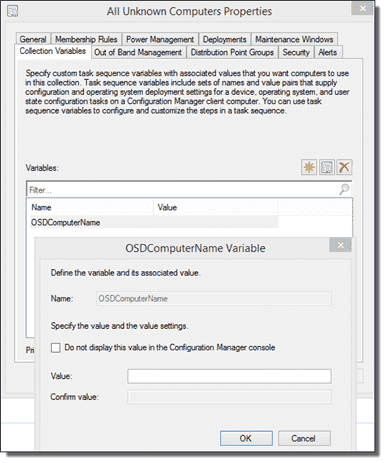 Ensure that the following options are selected: 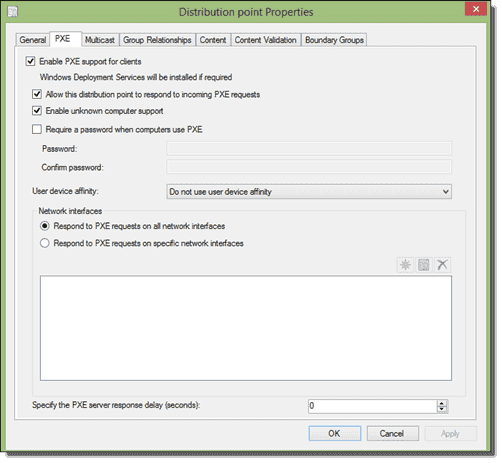