Emanuel Halapciuc  Thu, Sep 3 2020Thu, Sep 3 2020  hyper‑v, virtualization  10
This guide will show you a quick way to see which Virtual Machine NIC is connected to which Virtual Switch in Hyper-V. This is particularly helpful for VMs that have two or more virtual network adapters. 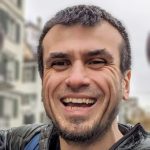 If you have a VM with multiple virtual network interface cards (NIC), it can be challenging to know which NIC is connected to which virtual switch. If you created the VM using the default naming convention, they are all named "Network Adapter" in Hyper-V. 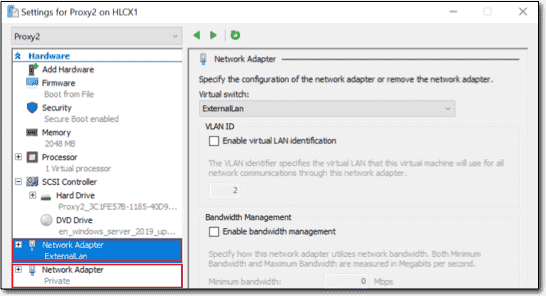 The PowerShell equivalent to see the NIC-related summary is:

Both NICs have the same name (Network Adapter), as shown in the screenshot below.

If we look at the NICs from inside the VMs in the Network Connections applet (ncpa.cpl), there's not too much information there either. The first NIC is named "Ethernet," and all other NICs are named "Ethernet," followed by a number ("Ethernet 2," in this case).

Using PowerShell inside the VM shows the same (little) information:

With only this information, it is difficult to know whether, for example, the interface "Ethernet 2" is connected to the Private virtual switch or to the ExternalLan. Fortunately, there is a simple solution.

Desired scenario: VMs with NIC names that are easily identifiable ^

There are three simple steps to follow to make your VM's NICs easy to identify. Here is an overview, before we discuss each step in more detail.

Turn on Device Naming for the NIC, which enables seeing the name of the NIC inside the VM. This only works for supported operating systems. I hope that in the future all the operating systems supported by Hyper-V will support this, and the setting will be turned on by default. But for now, at least, this feature works on all the supported editions of Windows (both Client and Server).

On the Hyper-V host, change the name each of the VM's NICs to a more relevant name.

In the VM, I will rename the NICs from "Ethernet x" to the name I assigned in the previous step. It is easier than it sounds, and it will be clearer once we work with an actual example.

Below, we explain each step in more detail.

Before renaming a VM's NICs, there is one thing you need to do, which allows you to "see" the (new) name of the NIC inside the VM as well. This task is accomplished by turning on the "DeviceNaming" attribute of the NIC, using the Hyper-V GUI (or the Cluster Manager console if your VMs are clustered). To turn on Device Naming in the GUI: 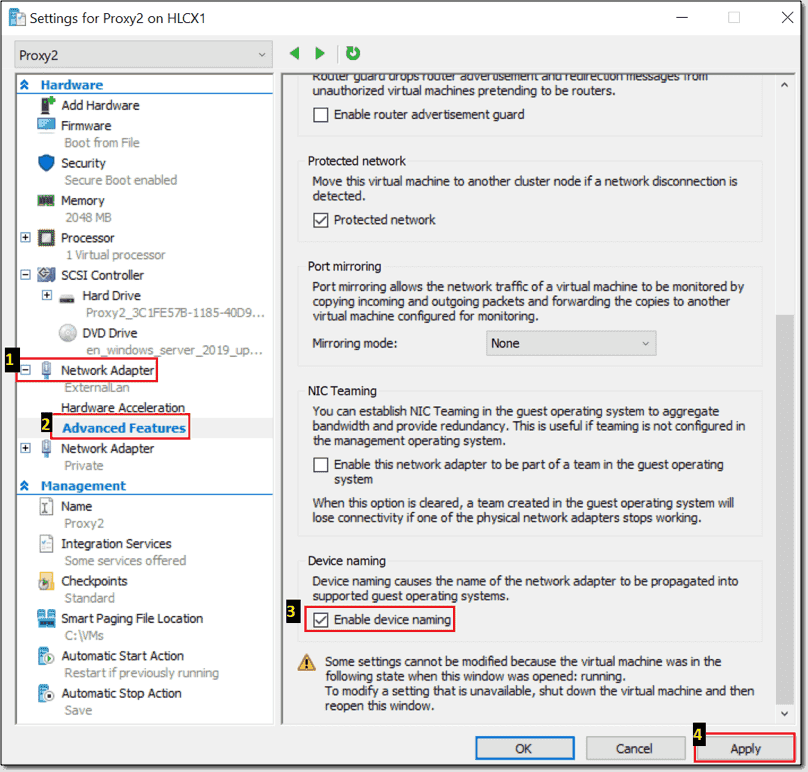 That is all. Just one single line for all the NICs. Of course, you could do this for all the VMs in a single line, which can save you a lot of clicks.

Step 2: Change the name of the NICs in the Hyper-V host ^

In this step, you will change the name of the NICs to something more relevant than "Network Adapter."

This means you can easily perform this on your existing VMs without having to remove and then add new NICs.

Note: You need to use PowerShell to change the name of a NIC; there is no way to rename it via the GUI.

Note: If you just turned on Device Naming, you will need to reboot the VM.

Scenario 1: Rename each NIC to the name of the virtual switch it is connected to

In this case, every NIC attached to the VM will be renamed to the name of the virtual switch it is connected to. Each command has a comment to explain what the command does.

The renamed VNICs (in the GUI): 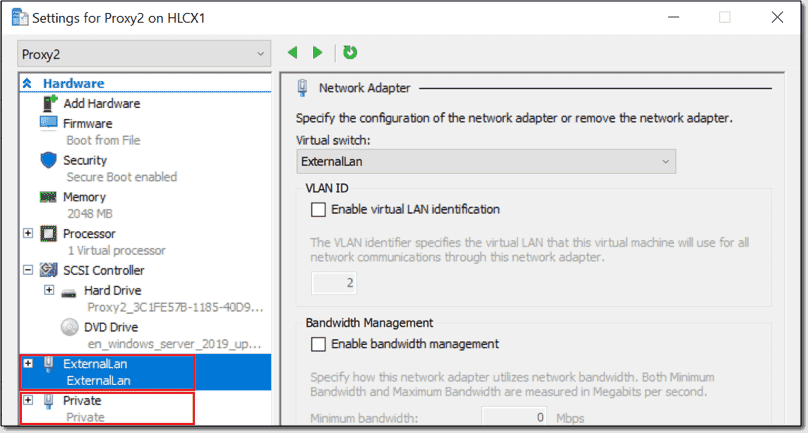 The renamed VNICs (in PowerShell):

In this case, every NIC attached to the VM will be renamed to the name of the virtual switch it is connected to. As in Scenario 1 above, each command has a comment to explain what the command does.

At the end of Step 2, the NICs attached to the VM have been renamed to more relevant names. In the next step, the NICs from inside the VM will be renamed to match the names we just defined.

Step 3: Change the name of the NICs inside the VM using PowerShell ^

So far, the NICs of our VM have been renamed with more relevant names. At this moment, the name of the NICs inside the VM are still something like (the boring) "Ethernet #xx."

You still need to change the NICs' names yourself inside the VM; they did not change automatically when you renamed them in the Hyper-V host.

You could accomplish this manually, but you would have to dig through one NIC at a time in Hyper-V, disconnect it or disable it inside the VM, and see what breaks.

With PowerShell, you do it all in one step. All the NICs inside the VMs are changed to have the same names as defined in Hyper-V. It's quick and easy, without "shooting in the dark" and hoping you selected the right NIC.

To accomplish this, use the command Get-NetAdapterAdvancedProperty, which exposes a lot of advanced information about each NIC. To sift through all the relevant information, you only need to look at the property "Hyper-V Network Adapter Name", as in the example below:

You already see where we are going. The last step is to rename each NIC with the value from "DisplayValue." (Note: If you do not see any value, it means the NIC has not been renamed after you turned on Device Naming.)

The command below will rename the NICs.

And that's it. Next time you check your network settings, you can easily identify which NIC is which.

It is good hygiene to use relevant, consistent names for your NICs inside the VMs, just like those for inside your physical machines. This is particularly helpful in the case of VMs with multiple NICs.

You may modify your deployment scripts to automatically turn on Device Naming for new VMs, and you may also apply them to existing VMs.