How to deploy Ansible inside a Docker container

Home Blog How to deploy Ansible inside a Docker container

IT operations and DevOps engineers use cloud-native tools to deploy and automate applications more effectively. There is no question that containerized applications provide a tremendous advantage over traditionally installed applications in the data center.

Ansible provides a great way to detect and correct configuration "drift" in your environment. You can easily integrate your Ansible YAML code into Git for proper version control as well. It can connect to your Linux and Windows servers without the need to deploy agents, and you can do it with very simple, easy-to-understand text files that make up your playbooks.

The great thing about using Docker for containerizing your apps is that its wide adoption generally means you have interoperability across the board with other third-party infrastructure tools and applications. Migration to the cloud and "cloud-native" applications generally means using containers.

Containers are a much leaner and more efficient way of packaging applications that make running applications across many types of infrastructure achievable. Instead of having to build an entire virtual machine with the environmental components needed to run your applications, you can build everything you need for the app inside the container and simply run the container on any VM that has the Docker engine available.

Ansible and Docker together ^

You may wonder why you would want to run Ansible inside a container. Well, it comes down to being able to easily use your Ansible environment wherever you need it. Ansible does not require a significant amount of infrastructure to run. Quite frankly, spinning up an entire VM to run Ansible is overkill.

To begin with, you will need to have Docker running on your system. This can be as simple as using Docker Desktop for Windows or Mac as an example, or you may have a Windows or Linux server you want to use to run Docker.

To verify that Docker is installed successfully and check the version, use the following command: 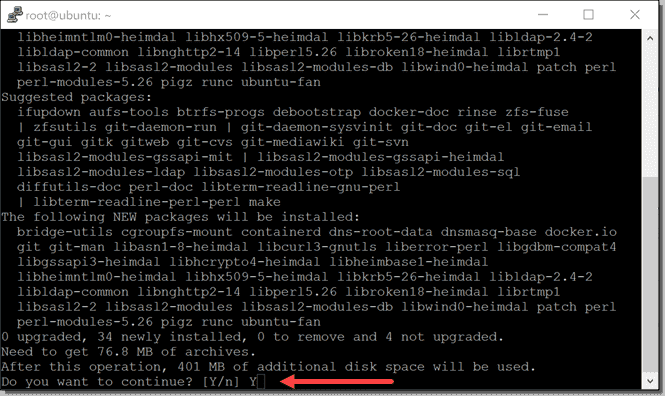 Installing Docker on an Ubuntu 18.04 Server 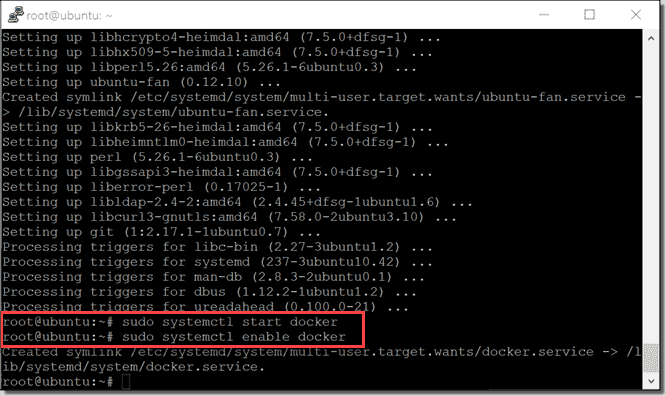 Docker installed and setting Docker to run at startup

To build the Dockerfile, I am creating the file "Dockerfile" in my home directory on my Ubuntu 18.04 Server. It contains the components needed for Ansible as well as a few other modules that are used for connecting and managing a Windows environment with Kerberos.

You can add and adjust the following as needed for your environment:

To build the Docker image using the directives found in your Docker file, use the following syntax. Don't overlook the trailing period. 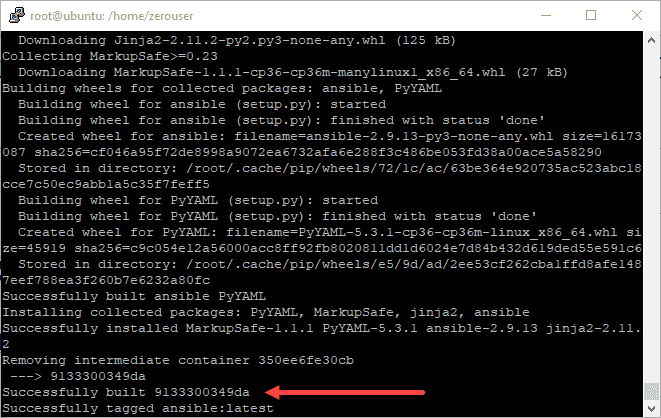 Run your Docker image with Ansible ^

To run the newly built Docker image containing Ansible in interactive mode, use the following command: 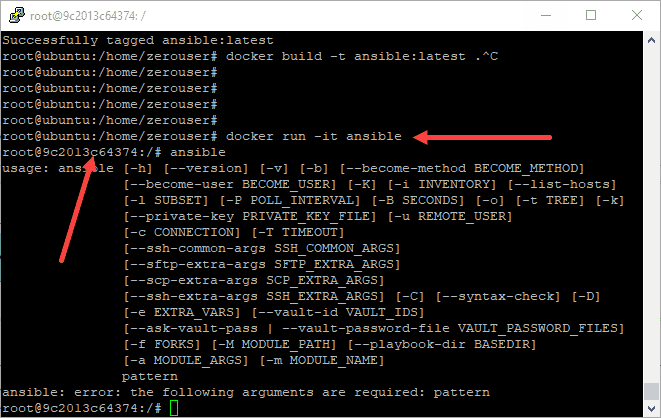 Running the Docker container with Ansible and running the Ansible command

Using Docker container images for housing infrastructure automation tools like Ansible makes a lot of sense, since it offers an easy and very agile way to get Ansible up and running. The prerequisites and other Ansible modules are already installed and ready to connect to your environment. It is a lot easier and more efficient to have a container image with these types of command line tools instead of building out a full-blown VM for installing simple command line tools.

Leave a reply to Harsh Click here to cancel the reply