Paul Schnackenburg  Wed, Oct 3 2012Wed, Oct 3 2012  microsoft  0
If you work in IT and haven’t attended a TechEd in your region (there are TechEds in the US, Europe, India, China, New Zeeland, Australia and other places from June to October every year) here are the things you need to know to convince your boss to send you next year. 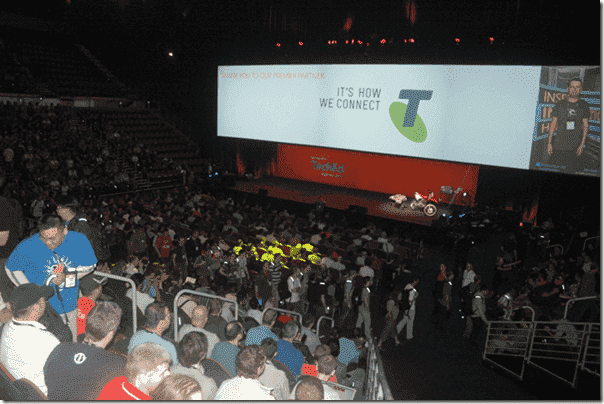 This year there were just over 2900 attendees at the Gold Coast convention centre with about 30% of them developers and 70% IT professionals. This year the “pre-day” event was a 24 hours developer marathon in which teams (a total of 180 people attended) developed Windows 8 applications. Entries ranged from Get Tanked – an app to find the cheapest petrol prices, Red Cross Resource Availability System to track local volunteers and resources in crisis areas and Diabetic Buddy, a program to help kids with diabetes manage their illness using games.

The main program stretched over three and a half days – a format that was adopted a few years ago to make sure the keynote and kick off sessions are out of the way on the Tuesday to leave three full days for breakout sessions.

This year the organizers had gone all out to make sure they brought a slew of speakers from the mother ship in Redmond – something that really reflected in the quality of the sessions (Ben Armstrong, Michael Niehaus, David Tesar, Scott Schnoll and Rick Claus) and the IT Pro kick off session (Jeff Woolsey).

The main attraction at any technical conference is breakout sessions, usually 60-90 minutes (75 minutes at TechEd), covering a specific technical topic by a specialist in the area. Most days you’ll be able to fit in five or six of these in a day. These are all recorded and are available online for free, along with the PowerPoint decks a week or two after the event. After all, at most you’ll be able to attend 15-20 sessions in three days and there are 137 sessions on offer (here in Australia), TechEd US is generally around 420+ sessions. May I recommend this PowerShell script to automate the download of as many sessions as your storage can handle, there are also script for other TechEds. Whilst these recordings are a great way to learn from the experts (I carry five to ten on my phone at any one time so that I can listen at opportune times) they are not a replacement for being there and being able to ask questions of the speaker. 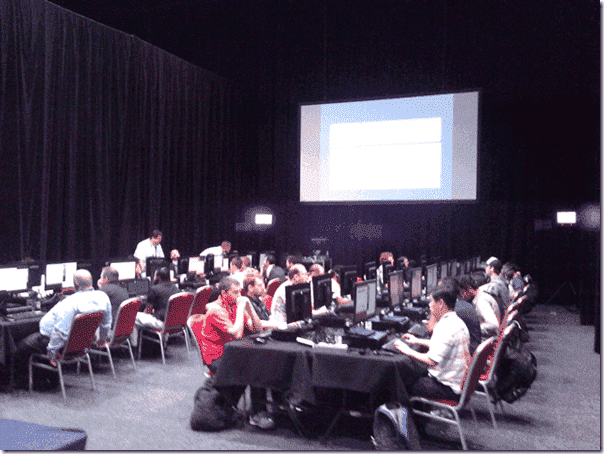 TechEd also offers Hands On Labs (HOLs), where you can work through labs on pre-prepared VMs at your own pace as well half price certification exams through Prometric. To prepare for the latter there are 90 minutes Exam Crams delivered by Microsoft Certified Trainers or industry experts, this year these covered 70-640 AD and 70-642 Network Infrastructure, 70-246 and 70-247 the new System Center 2012 exams and 70-410 Windows Server 2012 along with 70-599 Designing Windows Phone 7 applications. There are also Instructor Led Labs (ILL) where and instructor steps you through the best HOLs in a 75 minute session. 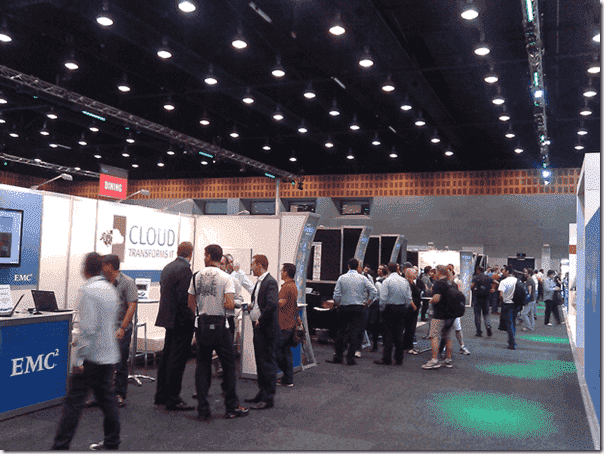 There’s also the Expo hall where Microsoft shows off their latest hardware, software and services alongside 25-35 (in Australia) companies offering everything from books to software packages to hardware. And finally there’s the swag – every attendee gets a TechEd branded back pack and most walk away with a small wardrobe of T-shirts and there are plenty of competitions and prize draws for Xbox 360s, tablets and laptops, grand prizes this year included a racing motorcycle and a flight simulator chair with three monitors for that true immersive experience. There’s also a party of course which this year included climbing walls, go-kart racing and a very politically incorrect but hilarious stand-up comedian. 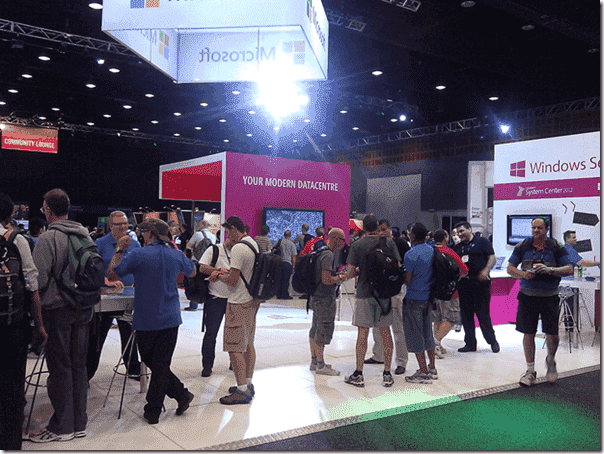 Whilst all of these training and learning opportunities are fantastic and can offer real value if you’re looking to take some exams for instance the real value of TechEd lies in the networking. For many working in IT – especially in a large country like Australia this might be one of the few times a year where there’s a chance to network with colleagues, hear how other people are solving IT challenges, bounce ideas and be inspired to bring real value and insight back to your own environment. And this is the best thing about TechEd for me, as I run my own business; to be able to talk shop with other geeks is invaluable. Make sure your LinkedIn profile is up to date, bring plenty of current business cards and connect with people. 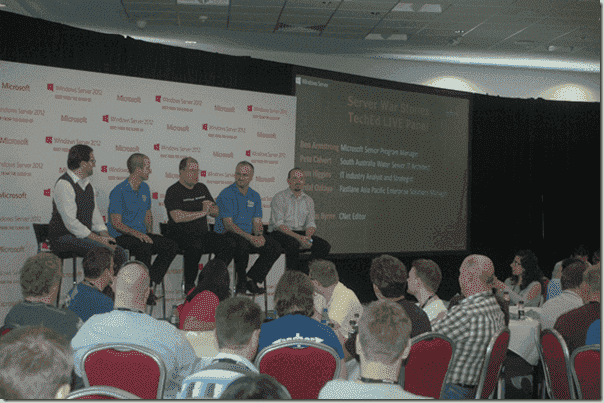 This year’s TechEd here in Australia was a great learning experience (thanks go to Jeff Alexander from Microsoft who was responsible for the content) and an even better networking event. The best thing about TechEd is the relaxed atmosphere – compared to a suit and tie Cisco event, this is jeans and T-shirts the whole way.
A highlight for me was the Server War Stories where industry veterans shared their most hair raising stories of what it can be like in the field. Make sure you get yourself to the next TechEd in your region if you haven’t attended before– it’ll definitely be worth it.