How to convert Windows 8 from UEFI to BIOS

Home Blog How to convert Windows 8 from UEFI to BIOS

Michael Pietroforte  Thu, Aug 8 2013Fri, Aug 9 2013  deployment  8
UEFI certainly is preferable over BIOS. However, when you run into problems with UEFI, you might want to convert your Windows 8 installation from UEFI to BIOS. I accidentally stumbled across a method and was surprised how easy it is.

I bought a new SSD for my Ultrabook and had to restore my Windows 8 installation from an Acronis True Image backup. I created the backup of the UEFI-based Windows 8 installation and then selectively restored the Windows RE partition, the EFI system partition, and the Windows 8 partition. I was then quite surprised that Windows 8 booted up after the restore (True Image was set to automatic reboot) because the PC was configured to boot in BIOS mode. (Acronis True Image was running on a Windows To Go USB stick.) 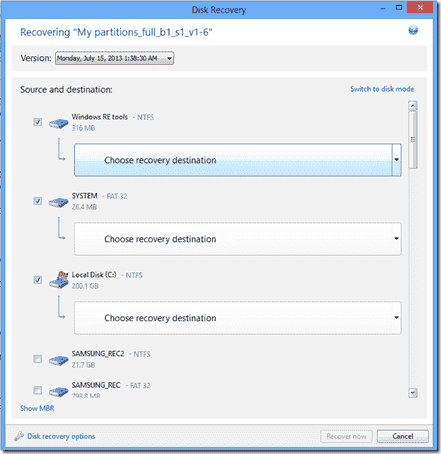 I wasn’t very pleased because I knew that the PC wouldn’t boot up if I changed the configuration back to UEFI. What happened? Since I restored in partition mode, Acronis True Image initialized the new SSD with the MBR partitioning scheme and not with GPT. This was enough to convert my Windows 8 installation from UEFI to BIOS.

Unfortunately, it wasn’t so easy to get rid of the BIOS installation again because a restore in disk mode failed. In disk mode, True Image automatically detects that the backup was created from a GPT partition scheme. However, it appears True Image was no longer able to modify the SSD disk, even though I booted up from a USB stick. True Image then tried to boot up its own operating system, but this failed with the error message: Kernel panic - not syncing: VFS: unable to mount root fs on unknown-block(1,0). 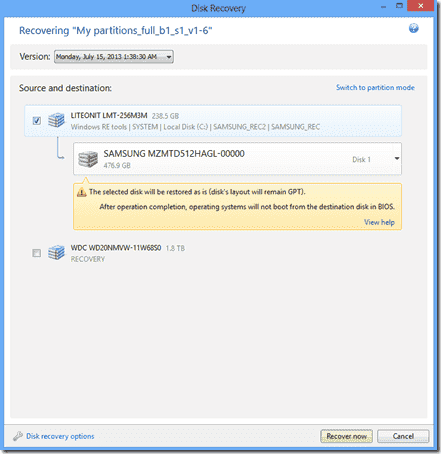 I guess the reason was because True Image tried to copy its Linux-based OS to the SSD, which was somehow totally blocked. I wasn’t even able to delete the partitions on the SSD with the Windows 8 disk management tool on my Windows To Go installation.

The solution was to boot from True Image boot media and then initialize the disk with GPT (Tools -> Add new disk -> Initialization Options.) I could then selectively restore the partitions from my backup. Windows 8 booted up in UEFI mode without problems afterward. 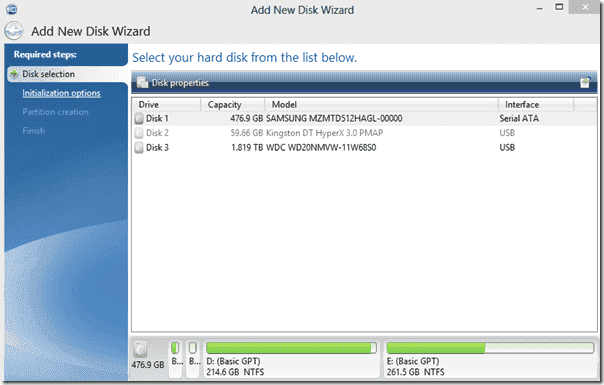 Note that you can’t use this method to convert a BIOS installation to UEFI because the EFI partition would be missing in your backup. The procedure to convert BIOS to UEFI is rather complicated. Maybe it is faster to simply install Windows 8 again on a UEFI PC.