How to capture a network trace from a remote computer

Sami Laiho  Tue, Apr 7 2020Tue, Apr 7 2020  networking, remote control  1
To start any troubleshooting case, I always ask for two things. I ask for a Process Monitor trace, which you can get remotely by following this blog post, and a network trace. In this article, I will show you how to get a network trace from a remote computer without installing Wireshark or something similar on it.

This process requires that the remote computer has Windows 7 or higher and that you can run PSEXEC.exe on it (available at Sysinternals). You could do the same with PowerShell remoting as well. Anything that can launch a process on the remote computer will do.

First, we need to start the trace on the remote computer. We will do this with the following command:

You can alter what gets captured and how much data can be captured. In this example, we trace between two IP addresses, only on IPv4 and using a circular log with a maximum size of 512 MB.

Next, we will just generate some traffic to fill our trace using Ping.exe. 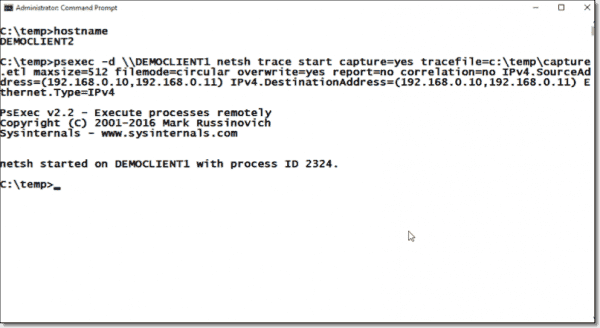 Starting a remote network trace with PSEXEC.exe and NETSH.exe

Next, we need to stop the trace on the remote computer with: 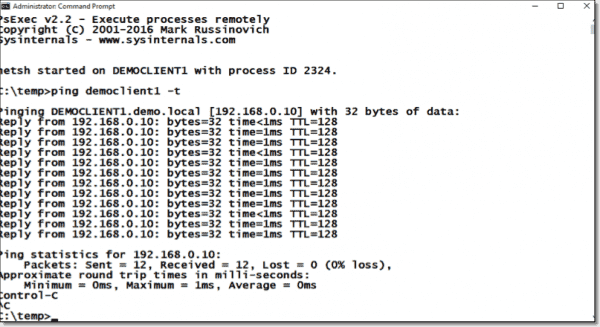 Reproducing the problem; in this case, we just use Ping to demonstrate

Now we need to copy over the trace file with a command such as this, for example: 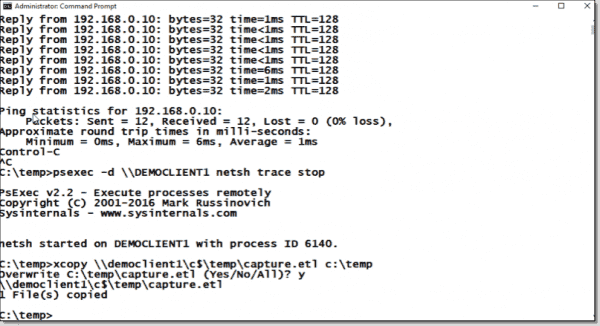 Copying the trace file from the remote computer

If you still have Message Analyzer (it's been deprecated), you can now open the trace file locally. If you don't or you just prefer to use Wireshark, follow along. 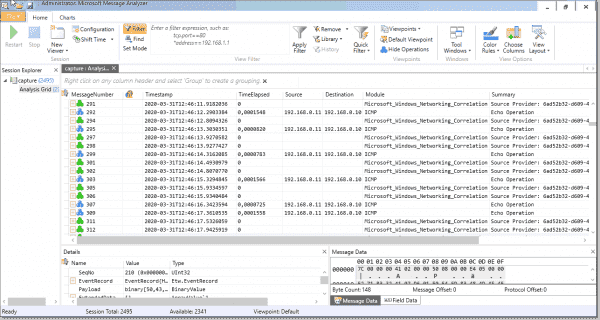 If you have Message Analyzer but prefer to use Wireshark, you can export the file to another format. 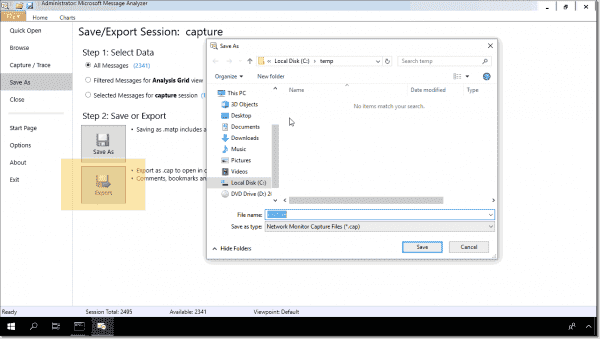 And then you can open it in Wireshark. 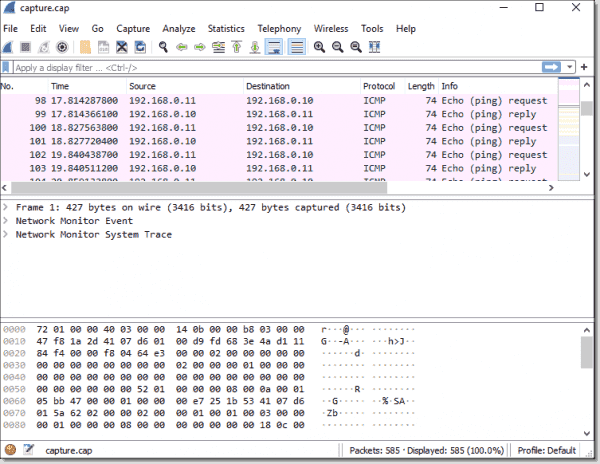 If you don't have Message Analyzer, you should head for the conversion tool on Github. 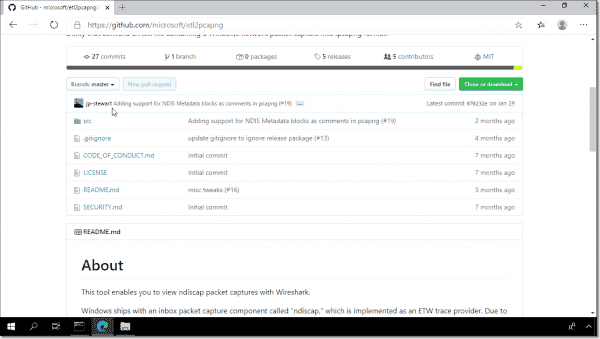 Downloading etl2pcapng.exe to convert the trace

The syntax is simple: 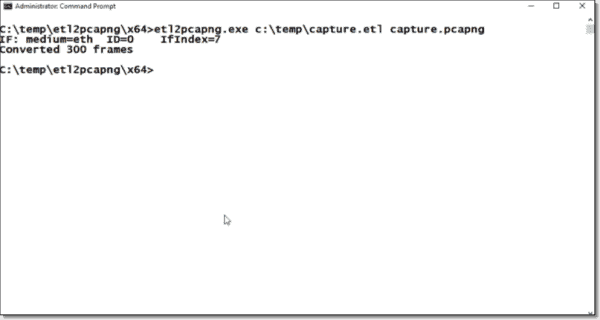 Now you can open it again in Wireshark. 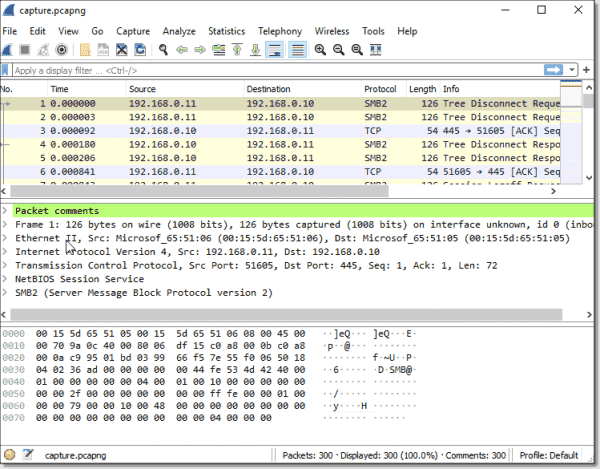 Opening a PCAPNG trace in Wireshark