Has the PC industry come to a complete standstill?

Home Blog Has the PC industry come to a complete standstill?

I have been playing this game for some time. I bought my first computer about 35 years ago (CBM 3000), and I have been buying a new computer approximately every three years since. However, in recent years, the time between purchases has gotten longer and longer. 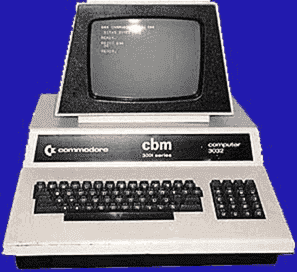 Before I bought the laptop on which I am typing this blog post, I worked on a 4kg Dell laptop for more than five years. I had to because, for a long time, it was the only laptop that supported 8GB RAM. When I got my Samsung Series 9 Ultrabook (actually, Samsung didn’t use this term because the specs were much better than those of other Ultrabooks), I was quite happy that it was powerful enough to do my work and light enough to work wherever I wanted. In the beginning, the battery lasted about eight hours (Samsung claimed ten hours), which allowed me to work a whole day on the beach without having to hunt for a power plug.

Considering that I hadn’t bought a new computer in a few years, what worried me a little was that the computer’s performance was not that much above my previous device. The CPU was a bit faster, but I couldn’t really notice the difference. It was the first time that I bought a new computer that had the same RAM size as the previous one. Storage was even less; I had 600GB before, and now I have only 512GB. And I already had to upgrade from the 256GB SSD that was originally in the laptop. To be fair, the new laptop had an SSD, whereas the old machine had two HDDs. So that is hard to compare. The boot-up time certainly improved by a few magnitudes. Hence, all in all, I was quite happy with my purchase.

Because the form factor of the Samsung and the Dell were different, I thought this is all difficult to compare, and I calmed myself down by saying that everything would be all right. But now I have no more doubt that the PC hardware industry is in serious trouble. You say this is nothing new because PC sales numbers have been declining for years? This is not what troubles me. I would happily buy a post-PC device with Android or Chrome OS if it would allow me to do my work in a more efficient way. However, no such device exists.

There is no doubt that, if you need to do more than play a little Facebook or shop at Amazon, you still need Windows. And I think I am not the only one who needs a computer to get some work done. Thus, I believe the main reason PC sales are going down is not because Windows 8 has no Start menu or because the iPad is so cute. People and companies don’t buy PCs because their old ones are just as good as a new one would be.

I think that, if we want to know which device type is dominating the computer world, we shouldn’t look at sales numbers. It also doesn’t make sense to count website visitors. All that really matters here is how much time people spend with a certain device type. Because most people need a PC for their work, it is safe to say that Windows is still the absolute dominating operating system on the planet. The fact that people play Facebook with their iPhones or watch YouTube and Netflix with their Android tablets after work doesn’t really change that, if we take into account that most people spend most of their time at work.

Microsoft’s Surface is such a success is because it is a really good device. For many buyers, a Surface Pro 3 is a real improvement. It is light, well-designed, performs well, and can be used for work and fun. This proves that people would still buy PCs if PC makers would build good devices.

But Microsoft is a software maker. Why is the PC industry unable to come up with devices that people really want to buy? One explanation could be that the entire industry is somehow paralyzed. PC sales numbers declined at first because people postponed their PC purchase after Apple emptied their pockets with overpriced iPhones and iPads. Many hardware companies then shied away from new investments. Of course, the result is a downward spiral. Even fewer people will buy PCs, and PC makers invest even less.

Perhaps the fact that Moore's law appears to be coming to an end is the reason why there is no more progress in the PC industry. However, alternatives exist to silicon-based computing and I believe with a little more research it would still possible to build better computers.

Previously, every new Windows release also required a PC upgrade, which was good because it meant progress. Now, Microsoft lowers the hardware requirements with every update. Why? Because the PC industry is unable to build performant PCs for reasonable prices. The problem here is that this means that Windows can’t offer new and exciting features that need computer power.

This brings me back to my original topic. What kind of device do I want? I want a 15" display that can be removed so I can use it as a tablet that should weigh no more than 800g. The maximum weight of the entire device should be around 1.5kg (3.3lb), but 1.2kg (2.7lb) would be better. A 1TB SSD is the minimum for my storage, and I need at least 16GB RAM. Asking for 10 hours of battery life is not too much. I think such a device is perfectly possible, technically. Even 1.2kg would be doable if computer makers invested a little more in research. These are the specs that I would expect after buying a comparable device three years ago with just a little less capacity.

Most of the 15" “Ultrabooks” I found have 128GB or 256GB SSDs and 4GB RAM, and they weigh way above 2kg (4.4lb). And, honestly, buying a laptop with old-fashioned spinning disks inside is absolutely ridiculous. Who buys such boring devices? Even the successor of my current laptop, the Samsung ATIV 9, has worse specs than the one that I own. It now weighs 200g more, even though the hardware is more or less the same. How is it possible that Samsung still sells their high-end laptops with 128GB SSDs considering that they can build a 1TB laptop SSD in house? And why are notebooks getting heavier instead of lighter? Can Microsoft’s mobile-first strategy really work with those “fattops” that the PC industry calls Ultrabooks?

Maybe you think I am exaggerating and that my standards are just too high. However, I think that, in all those years, I’ve developed a good sense of the progress you can expect in a certain time span from the computer industry. In the past, I never had a problem finding a new computer after three years that was a real improvement. I always found it amazing how fast the computer industry moved forward and how, after I unpacked my new toy, the old machine appeared to be from another century. For me, it is pretty obvious that the problems of the PC industry are homemade and (now) have little to do with post-PC devices.

The laptop that gets closest to my specs is the ASUS NX500. At least it supports 16GB RAM, and I guess I could upgrade it with a 1TB SSD. However, at 2.3kg (5lb), it is a real heavyweight, and I consider a 19mm device as fat (my outdated laptop is 13.9mm). Worst of all, the NX500 has a glossy display. That’s nice if you don’t own a mirror, but I wouldn’t want to ruin my eyes by staring all day at my own face.

Then there is the MacBook Pro with its relatively nice specs. But, by my standards, this is also a fattop, and I’d rather join an Amish community before I ever become a Mac. 😉

I would appreciate it very much if you could tell me about that one notebook that I missed—one that is at least a little better than my three-year-old Samsung.