Git vs. GitHub – Why IT pros should know the difference

Home Blog Git vs. GitHub – Why IT pros should know the difference

A growing trend that has polarized a lot of IT professionals is code. More than ever before it seems like industry giants and are pushing for everyone to learn to code. Software is everywhere and is, according to Marc Andreessen, eating the world. To build software or scripts, it's critical to capture code somewhere and save a history. Source control is where to do this.

One of the most popular source control systems is Git. Git is a system that allows developers to check in code, revert to old versions of code, create branches of code, and a whole lot more. GitHub is the popular service that extends the Git version control software. GitHub makes not only committing code to a repository possible but also makes collaboration with others on a project much easier.

One of the first gotchas I see from newcomers to source control in general is not understanding the difference between Git and GitHub. It's important to know that Git is not GitHub. Git has been around since 2005. Git is a source control repository that allows multiple people to manage their code. GitHub on the other hand is a distributed system that manages multiple copies of Git repositories and can merge them into various branches. You can loosely think of Github as a front end to Git with a lot of social features added on top.

When using GitHub for the first time, you'll need to setup a repository. A repository or repo is a collection of code, project artifacts like binary files, documentation, and so on. This represents everything it takes to make your software or script project run. A repository can be a single script, or it can be a huge, multi-thousand file project that thousands of people maintain. Creating a repository is the first step in getting involved with GitHub. 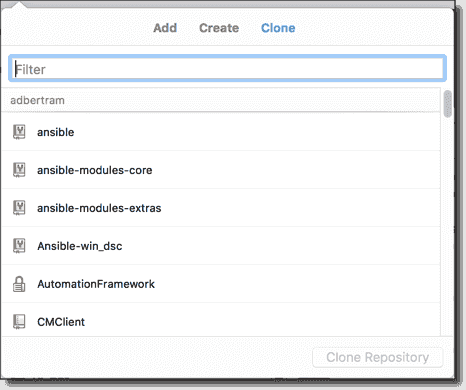 After you've cloned the repository, you'll have all the files of that repository on your local computer. You can now add files, change files around, and remove stuff at will. Once you are comfortable with the changes you've made and you'd like to contribute those changes to the GitHub project, you'll then sync those changes to the repository if you have full access. In our case, since you've created a personal repository, you are the sole owner and are allowed to sync changes just to the master branch. The master is the root of the project with branches coming from the root. For more information about branching, check out the Branches in a Nutshell article.

We've just scratched the surface with Git and GitHub. For a complete breakdown of most of the common concepts, it'd be useful to check out Git and Github: A Beginner's Guide for Complete Newbies.