Get updates for Windows Server 2022 in WSUS

Home Blog Get updates for Windows Server 2022 in WSUS

Wolfgang Sommergut  Mon, Sep 19 2022Mon, Sep 19 2022  azure stack, patch management, windows server, wsus  1
In the past, Microsoft set up a separate product in WSUS for each version of Windows Server; this meant that admins could easily subscribe to the respective updates. This no longer applies to Windows Server 2022, which shares updates with Azure Stack HCI. The Azure editions of Server 2022 are not covered by them.
Contents

With Windows 10, Microsoft began to break the existing scheme for WSUS products. Due to the relatively short release cycles, the manufacturer first tried to aggregate the updates for all versions under the label of Windows 10.

This worked until the servicing stack update in Windows 10 1903, when Microsoft introduced a new shared category called "Windows 10, version 1903 or later." The fact that the drivers appear as their own products adds to the confusion.

Admins who are rolling out Windows Server 2022 in their company and would like to obtain updates in WSUS will find "Windows Server 2019" as the last entry for Windows Server. Instead, Microsoft provides updates under "Microsoft Server operating system21H2" for the current version.

This is misleading because Server 2022 is a release in the LTSC, but naming based on year + month or year + half year is reserved for the semiannual channel, in which no Windows Server has appeared since version 2004. 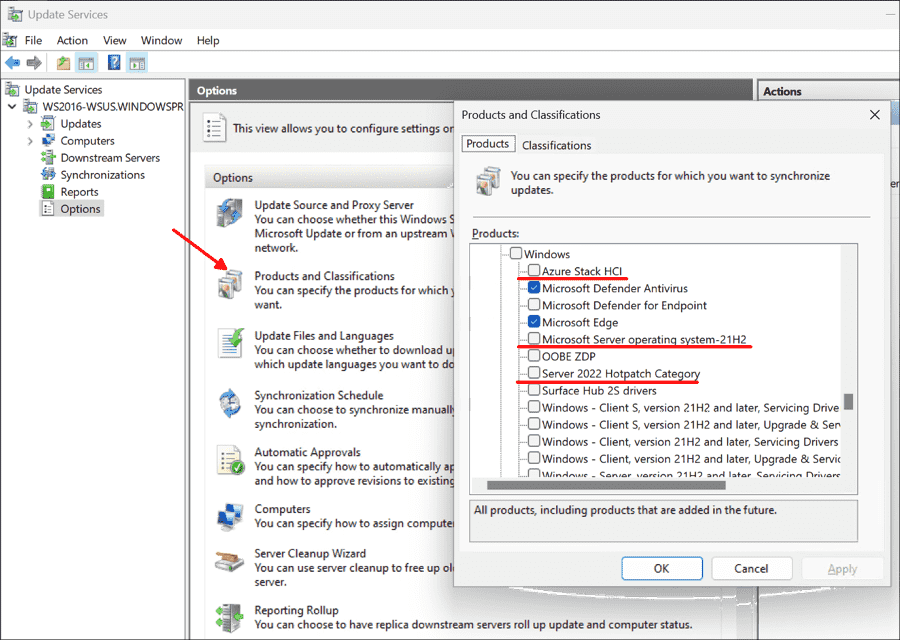 You could argue that Azure Stack HCI is already present as a separate product in WSUS. However, this applies only to version 20H2. Starting with Azure Stack HCI 21H2, it shares its updates with Windows Server.

A closer look at the list reveals an entry for Windows Server 2022 as well, called "Server 2022 Hotpatch Category." But if you select this product, you will not receive any updates for normal Windows Server editions because the product is intended for the Azure edition, which is reserved for hotpatching. 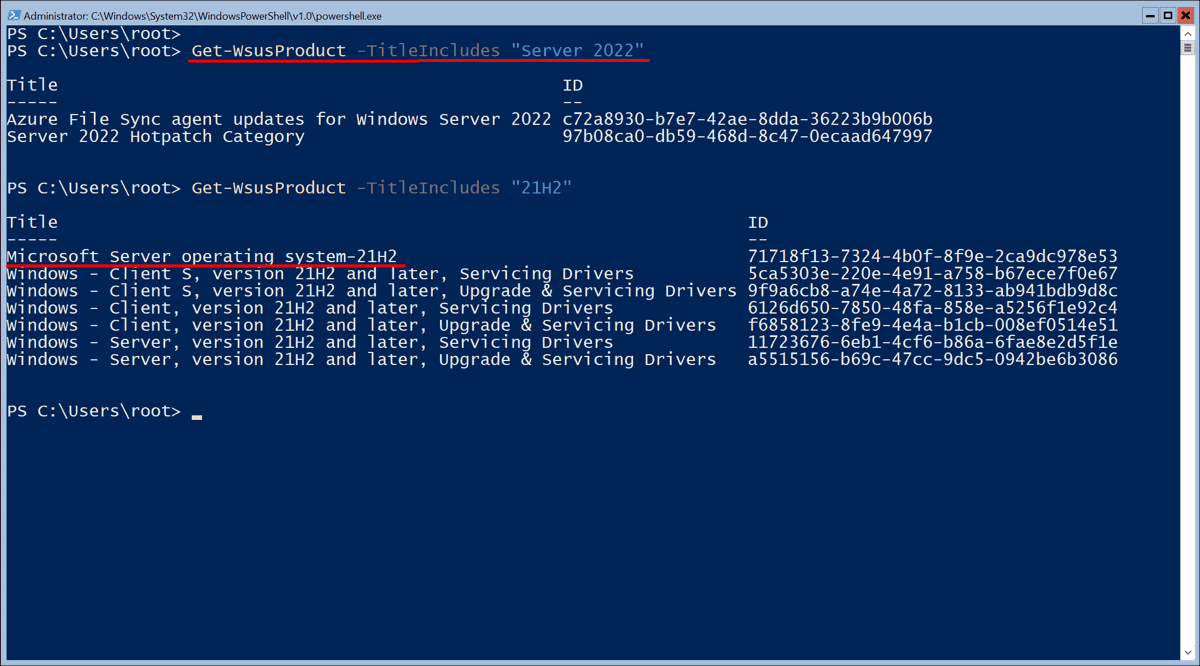 With Windows Server 2022, Microsoft introduces yet another inconsistency into WSUS's already bloated product catalogue. Instead of maintaining a separate category for Azure Stack and Windows Server, the two operating systems get a common label.

This may make sense from a technical point of view to avoid receiving redundant updates. But then, the manufacturer could still have chosen a self-explanatory name. The same applies to the Azure edition of Windows Server 2022.