The two defragmentation tools, I reviewed previously (MyDefrag, Disk Defrag), have good features for manually controlling the defragmentation process. By contrast, IObit Smart Defrag certainly lives up to its name because automatic defragmentation is its strength.

Most defragmentation tools support scheduling, and so does Smart Defrag. However, this feature is disabled by default. This makes sense because Smart Defrag has something better to offer: Automatic Defrag. 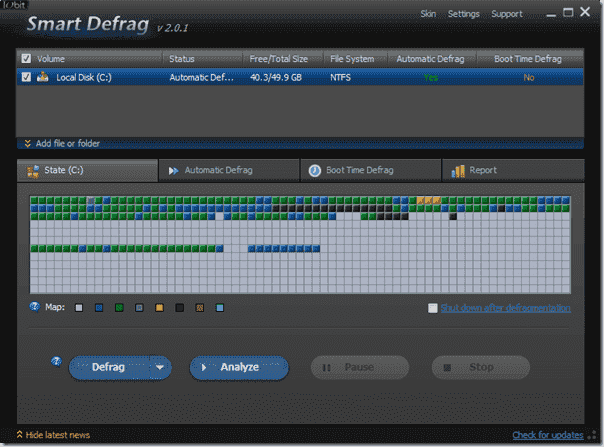 The problem with scheduled defragmentation is that it can't always guarantee that the computer isn't busy at the scheduled time, and a desktop or laptop could be powered off at the scheduled time. Automatic Defrag always runs in the background and only starts defragmenting if the PC is idle. You can configure the PC's idle time, after which Smart Defrag becomes active, and you can tell the tool to pause whenever the resource usage exceeds a configurable percentage. 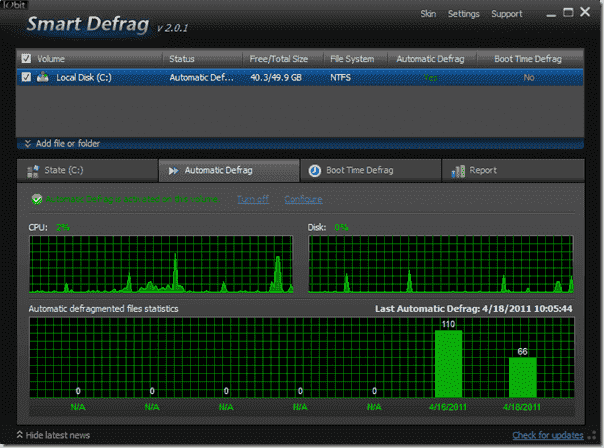 Smart Defrag's Boot Time defrag is another function that most free defragmentation tools lack. Some system files can't be defragmented during runtime because this would make the system unstable. You can configure Smart Defrag to defragment the pagefile, the hibernation file, the Master File Table (MFT), and other problematic system files when the computer boots up. 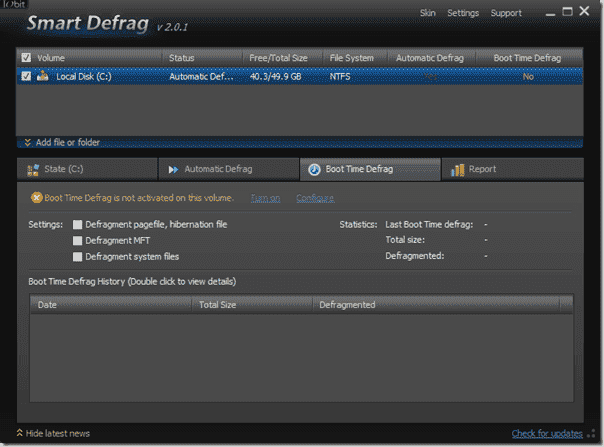 Yet another "smart feature" is quite useful for laptop users. Defragmentation can be automatically stopped when on battery. As disk activity is one of the biggest power consumers in a laptop, this feature will certainly improve the battery life noticeably.

You can't manually defragment specific files and folders as with Auslogics Disk Defrag. However, you can exclude files and folders from automatic or scheduled defragmentation. This can be useful if you don't want the tool to mess with an important database file.

Smart Defrag can also move frequently used files and directories into the fastest area of the disk. Unfortunately, it is unclear how the tool determines what files are frequently used. I guess, this feature only works for system files.

All in all, Smart Defrag is my favorite defragmentation tool from the three tools I have tested. It has the nicest user interface, and the background defragmentation convinced me. For scripting guys, however, MyDefrag is the best choice; if you often have to defragment specific files, Auslogics Disk Defrag is your best bet.