My_7PE is a batch script that allows you to create a Windows 7-based Windows PE 3.0 boot CD or USB flash drive (UFD) without requiring the Windows Automated Installation Kit (WAIK). My_7PE can either use the install.wim file from the Windows 7 installation DVD or Windows RE that is available on every PC where Windows 7 is installed. 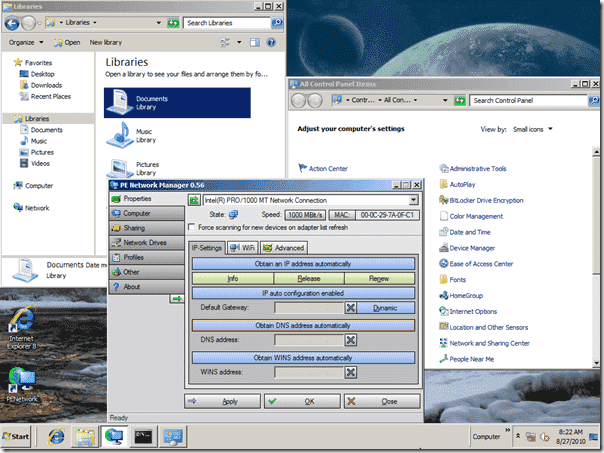 My_7PE comes as a self-extractable RAR file that contains the batch script and a couple of tools. To create a bootable Windows 7 PE CD or UFD, you have to launch My_7PE.cmd with administrator privileges. The script guides you through several self-explanatory steps. If you want to know what the script is doing in more detail, look at the My_7PE readme.

The script halts at critical points, which allows you to add your own files during the Windows 7 PE creation process. For instance, you could add some drivers to the WIM file or some tools to the boot medium. 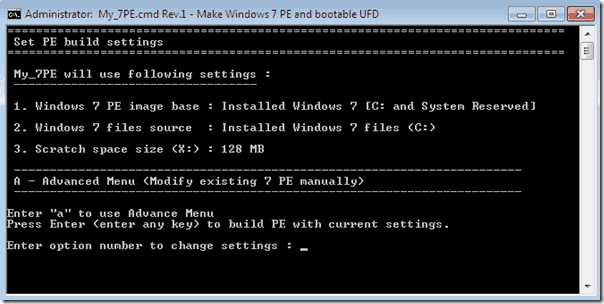 At the end of the process, you have to decide whether you want to create an ISO file, which you can burn on a CD or a UFD. My_7PE can format the flash drive either with FAT32 or NTFS, or it can just leave the file system and its contents intact. The Windows PE creator tool can also add a boot manager (Grub4Dos or PloP) to the UFD. 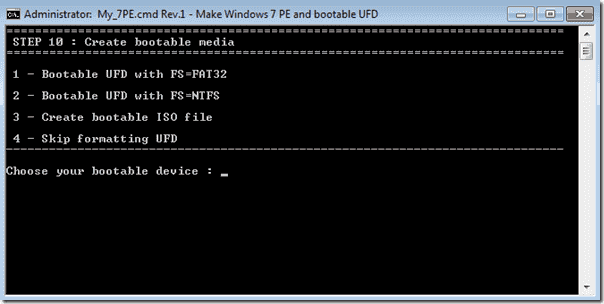 The Windows 7 PE that My_7PE creates has a full-blown Windows desktop. You probably know that the Windows PE 3 from the WAIK only has a command line interface. The My_7PE version comes with a Start Menu, a taskbar, Windows Explorer, Internet Explorer, Control Panel tools, and a few utilities. As such, it is a modern version of UBCD4Win. As mentioned above, you can also add your own tools during the creation process.

The network only worked after I launched the PE Network Manager that comes with My_7PE. In theory, you can also configure WiFi with this tool, but Windows PE didn't detect my WIFI network card. I suppose it was a driver issue.

The nice thing about My_7PE is that if you launch it from a UFD you can just add new rescue tools on the fly. This is comparable to my rescue disk solution, although My_7PE is certainly much more sophisticated and the Windows PE installation it creates is almost as comfortable as Windows 7.

If you realize that you need a new tool during your rescue mission, you can download it with Internet Explorer and add it to your UFD by dragging it to PStart, which comes with My_7PE. This allows you to use these tools also from a common Windows installation when you insert your rescue stick.

Note that at Boot Land there is a discussion going on whether My_7PE contains viruses because some scan engines at VirusTotal triggered an alarm. As far as I could see, the alarms were based on heuristics, which makes it quite likely that they were false positives.

Also note that at the time of this writing My_7PE only works on Windows 7 x86; that is, you can't create a 64-bit Windows 7 PE with it.

My_7PE (Update: The download link is no longer valid. Please let me know if you found the new link.) ^

Disclaimer: Readers have posted download links to My_7PE in the comment section.  I cannot guarantee that the files are virus free. ^