Mike Taylor  Mon, Mar 24 2014Mon, Mar 24 2014  security  0
Security Compliance Manager (SCM) is a great free tool for helping with deployments and environment hardening. This article explains what’s new in version 3.0 and describes how you can use SCM in your deployment process to secure builds. 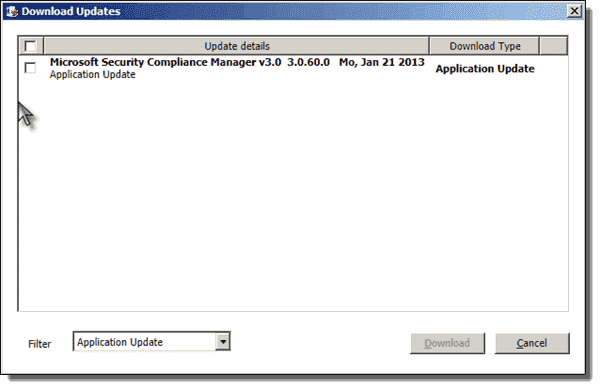 For those not familiar with SCM, it is a solution accelerator tool that’s free and much better than you probably expect. Its first release back in 2008 provided 300 security settings.

For example, the IE10 baseline includes 147 settings. Here is the critical (read mandatory) suggested setting for SmartScreen. Note the setting details window is collapsed by default but gives you all the information you need. 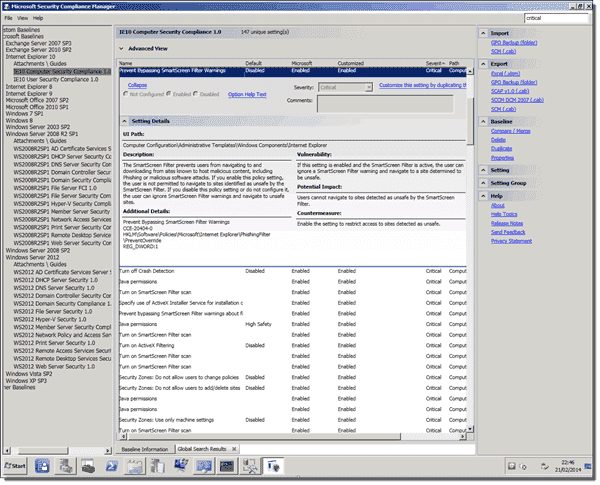 In comparison, Windows 2008R2 has 234 settings. Note the left pane shows the categories by product group. The Member Server baseline is where the majority of the critical settings are, as shown below. 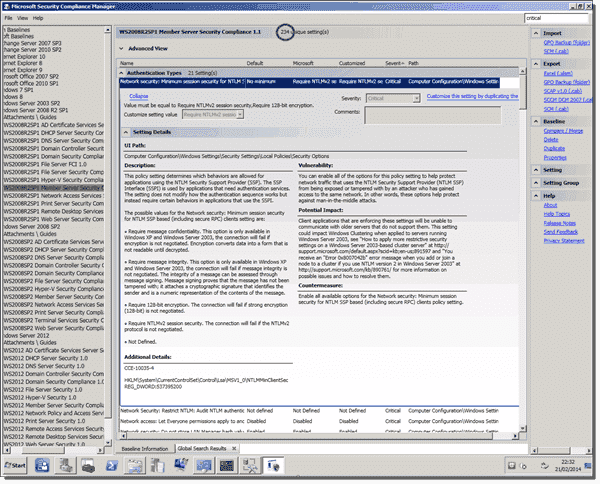 A key feature of SCM is the security guide collection. In the past, security guides were obscure, but SCM gathers all you need in one place. The guides give sound, deep knowledge of the security risks and the countermeasures you can take. Version 3.0 updates the documentation set with the latest thinking on the settings for each baseline.

In addition, import has been made more robust. If a file within the GPO backup cannot be identified, SCM gives a warning and then continues the import instead of stopping early. The parsing of SIDs, ACLs, and Windows Firewall rules has been improved as well.

How to apply SCM in deployments ^

Once you have decided on the various settings to apply to your environment, you have to deploy those settings. There are several ways to make use of the policy settings from SCM:

The most obvious, and probably most common, method is to simply deploy the policies through your Active Directory infrastructure. However, there is great benefit in including them as a deployment step, either in an image or by using Configuration Manager 2012's Compliance feature.

Deploying with an OS image ^

The best way to use SCM with MDT is to use the GPOPack option of SCM's LocalGPO utility. With this option, you can create a self-extracting file to apply your security policy to a machine you will use as a base image. The GPOPack option makes hardening a deployed build almost trivial. You can use the result in a deployment task sequence in MDT (or even in Configuration Manager) with the following command:

This will create three files:

Just copy the three files to a folder and apply them during a task sequence. For example:

This will import the security policies, which you then deploy to a collection, just as you would with any software.