Wolfgang Sommergut  Thu, Jul 11 2019Thu, Jul 11 2019  hyper‑v, virtualization, windows server  21
After about a seven-month delay, Microsoft finally published the free Hyper-V Server 2019. As usual, the new version benefits from some innovations of the full product as well as add-ons for Windows Server. These include the Admin Center and Core App Compatibility, which allows Microsoft Management Console (MMC) execution.
Contents

Since the hypervisor innovations in Server 2019 were relatively few, the free Hyper-V Server core functions have seen hardly any improvements. One of them are shielded virtual machines (VMs) for Linux. In addition, updating to VM configuration version 9.0 achieves some improvements, including hibernation support.

Not the latest VM configuration version

However, Microsoft did not use the long break between releasing Windows Server 2019 and Hyper-V Server 2019 to update the latter's virtual hardware support. This command displays 9.0 as the maximum version: 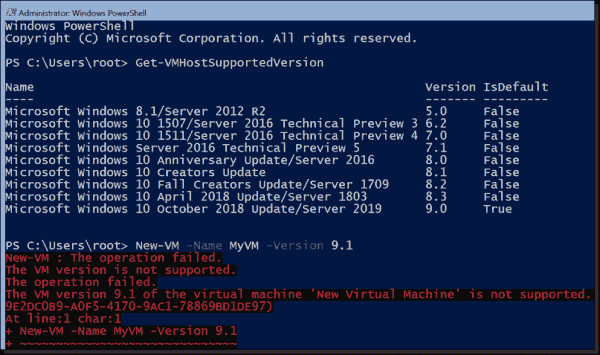 The recently released Server 1903 in the semi-annual channel and the Windows 10 May update already support VM configuration 9.1. Therefore, this command results in an error on Hyper-V Server 2019:

However, the minor update to VM version 9.1 does not include any new features. In addition, the risk of compatibility problems is low because virtual hardware 9.0 is still the default for the two latest OS versions.

In addition, there are some improvements in the cluster feature, such as cross-domain cluster migration. This allows moving server clusters between domains in Active Directory (AD). Another new feature is the option to use a file share witness on a machine that is not an AD member.

MMC-based admin tools in the console

Essentially, Hyper-V Server is Server Core reduced to the role of Hyper-V. Thus, it benefits from an innovation Microsoft introduced specifically for this installation option.

This new feature on demand (FOD) is Core App Compatibility, which allows executing additional GUI applications. Basically, Hyper-V Server also supports graphical programs without this FOD, but their number is very limited. These include some applets from the Control Panel, Task Manager, or Notepad. 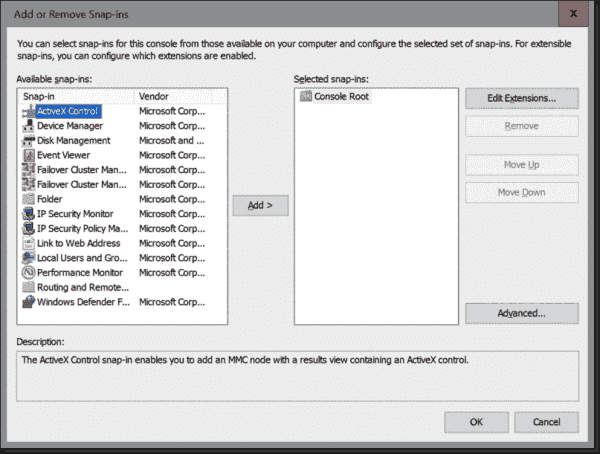 Thanks to Core App Compatibility, you can execute various MMC snap ins in the console

Core App Compatibility significantly increases the number of graphical management tools admins can run in the console. This applies in particular to mmc.exe with a number of snap-ins, including those for Event Viewer, Disk Management, or Failover Cluster Management.

However, Hyper-V Manager is missing, although it would be most needed on a virtualization host. A look into the %windir%\system32 directory shows that the required file virtmgmt.msc has not been installed. 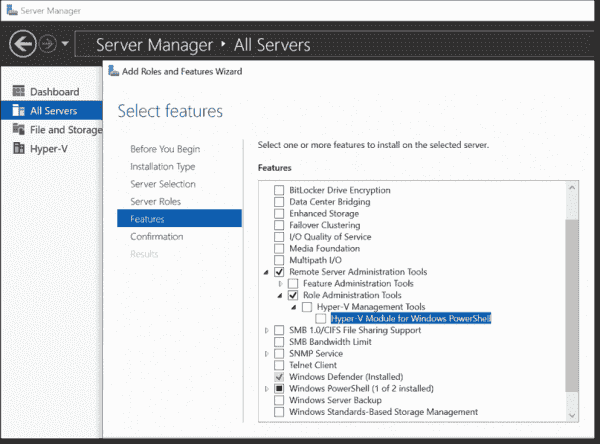 You can use the Server Manager to add Hyper V tools, but Hyper V Manager is not available with it

By adding roles and features, you can install the hypervisor management tools with Server Manager, but these are limited to the PowerShell module.

Thanks to Core App Compatibility, the management options for Hyper-V 2019 have been extended by adding local tools to the console. They complement remote management using Remote Server Administration Tools (RSAT) or PowerShell.

But that's not all. Windows Admin Center (WAC) is now also available, which did not exist when Hyper-V Manager 2016 appeared (nevertheless, it is now also manageable via WAC).

The browser-based tools offer all the essential functions for configuring the host, virtual switches, and VMs. They are particularly suitable for simple tasks such as changing VM power states because you can perform them from any computer without having to install any software. Other activities such as creating VMs are relatively cumbersome with the web tools. 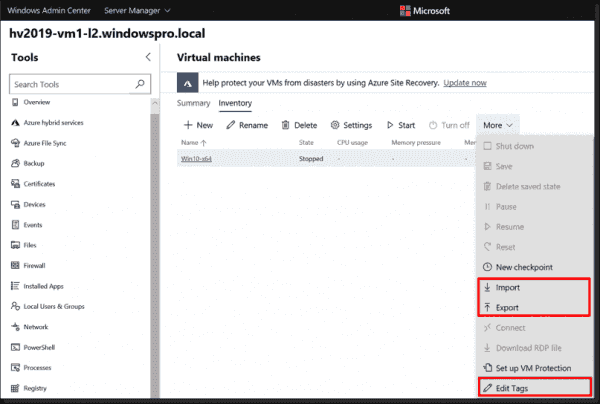 In Preview 1906, WAC received additional Hyper-V management functions also available for Hyper-V Server 2019. These include VM importing and exporting, both of which are limited to local drives on the host.

Another new feature is the ability to tag VMs. Don't confuse this feature with the VM notes assignable in Hyper-V Manager.

As usual, Microsoft provides Hyper-V Server 2019 as an .iso file for free download in the Evaluation Center. Due to the license conditions for Windows Server, the free Hyper-V Server's primary application is to provision virtual desktops or Linux in the VMs.

If you want to operate Windows Server in VMs, you must acquire the required virtualization rights via the Standard or Datacenter Edition, which also allow the bare-metal installation of the full operating system including the hypervisor. 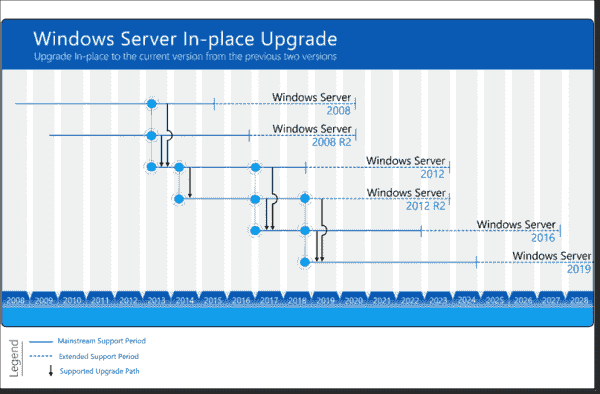 Nevertheless, a direct upgrade has been popular in the past, especially in lab environments, because it saves some work. If you start the setup of version 2019 in Hyper-V 2016, you can run through all dialogs and get no indication of possible problems. 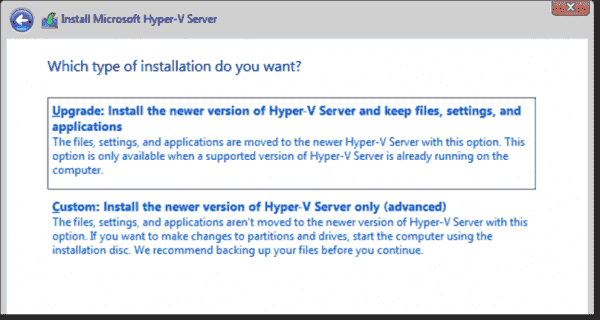 The setup of Hyper V Server 2019 will offer you an in place upgrade that, however, will fail

At the very end, the installation fails with this message:

This does not seem to be strictly an upgrade problem but a bug of the sloppily adopted Windows setup for Hyper-V servers.