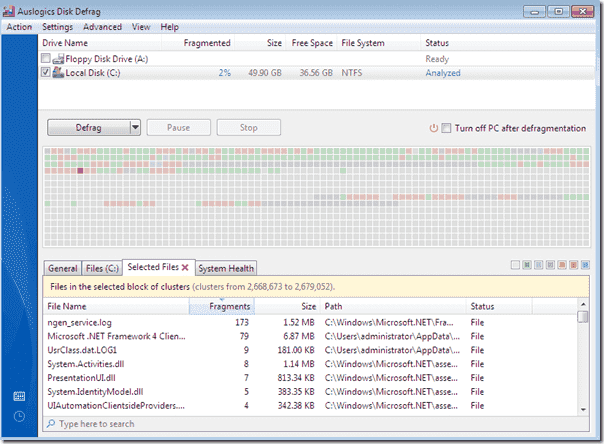 For this, Disk Defrag allows you to select what folders or files have to be defragmented. For instance, this can be useful if you only want to defrag a Hyper-V virtual disk file because you just defragmented the corresponding disks in the guest system. To defrag a certain file or folder, you only have to right-click the object in Windows Explorer and then choose Defragment with Disk Defrag. Note that Windows Explorer integration has to be enabled in the program settings first. 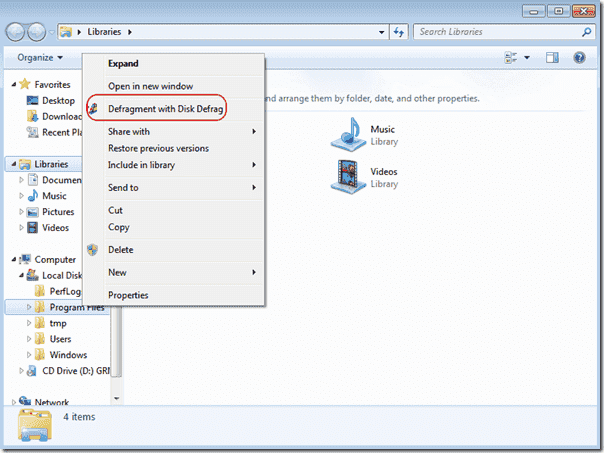 You can also select fragmented clusters; Disk Defrag will tell you what files are in this block. This helps you see whether defragmentation can really improve disk speed. If only rarely-used files are affected, you don't need to defrag the disk.

Another feature that gives you more control over what will be defragmented is the option to skip fragments larger than a configurable size. Moving large fragments can slow down defragmentation noticeably but will only improve the disk performance slightly. For example, if a large file consists of the two fragments, you won't notice the difference between the fragmented and defragmented configuration because reading the large file takes much longer than moving the disk head from one fragment to another. 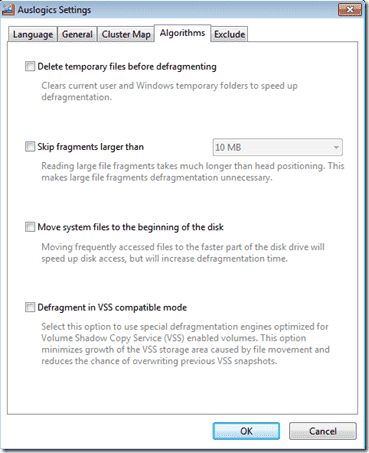 If you use the Volume Shadow Copy Service (VSS), you will like Disk Defrag's VSS compatible mode. This feature reduces the growth of the VSS storage area caused by file movements and ensures that no shadow copies are overwritten.