Kyle Beckman  Thu, Mar 28 2013Thu, Mar 28 2013  file tools  6
The reports feature is another feature in FSRM that I can’t live without. Reports in FSRM can be run on an ad hoc basis, scheduled to run on regular intervals, on generated upon quota/file screening events.

Reports are, by default, stored in C:\StorageReports\, but can be saved in other locations (see Part 2). In addition, reports can also be emailed to a server administrator when they are generated.

Unfortunately, you can’t edit the built-in reports. Most have parameters that can be configured; but, the report itself can’t be changed much. The good news is that reports support five different formats: DHTML, HTML, XML, CSV, and text. So, if you are looking to show something specific or you’re willing to build something by hand, FSRM should give you something you can use. 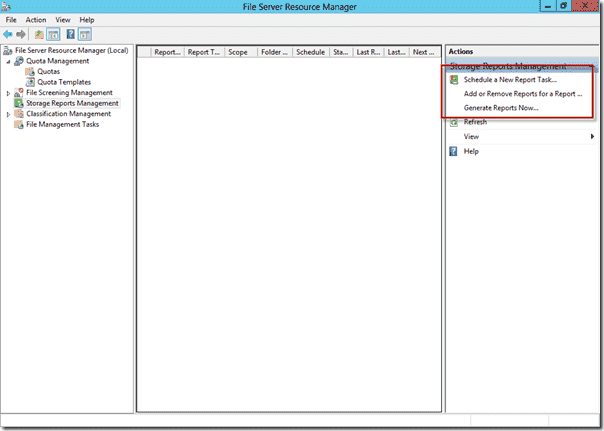 In the Settings tab, set a report name, select which reports to generate, and which formats you want. The report parameters can also be set at this time if you need something other than the defaults. Just be aware that the default parameters are typically set to the most general setting and will result in rather long reports. 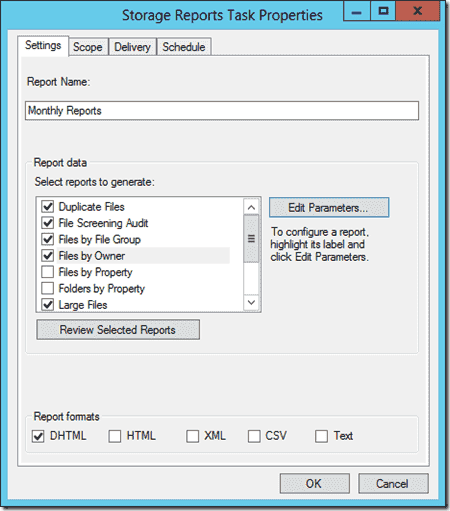 In the Scope tab (Windows Server 2012 only), set which folders and kinds of data you want included. 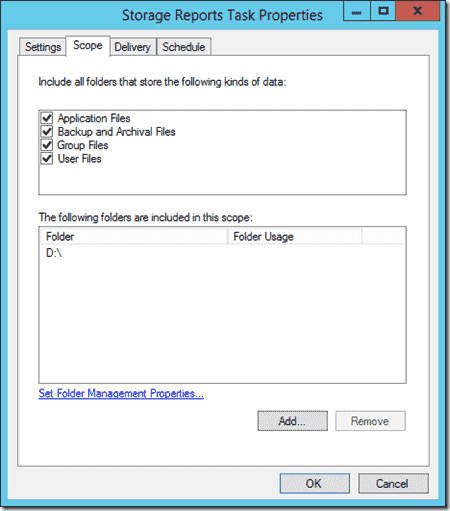 In the Delivery tab, configure whether you want the reports e-mailed and who you want them e-mailed to after they complete. 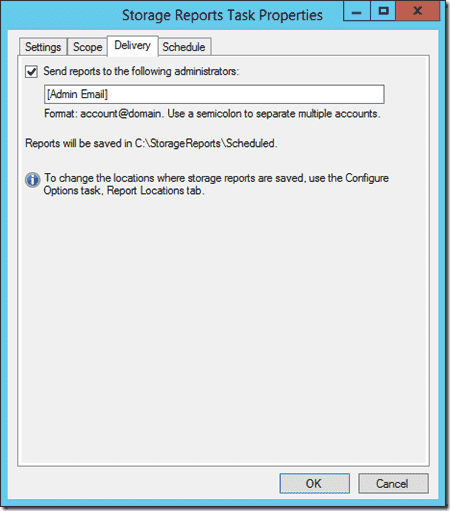 And, last but not least, on the Schedule tab set when you would like your report to run. 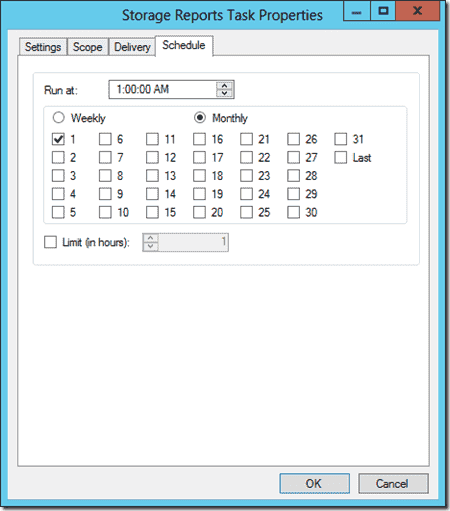 In my next post I will cover FRSM Classifcation Management.