Michael Pietroforte  Wed, Aug 13 2014Mon, Aug 18 2014  patch management, windows 8.1  2
Update: Microsoft removed the download pages of the updates because of serious bugs. If you already downloaded the updates, don't deploy them in your network. (You can now download the Windows 8.1 August updates and test them before you deploy them in your network.) The updates come in two files and contain more new features than previously known.
Contents 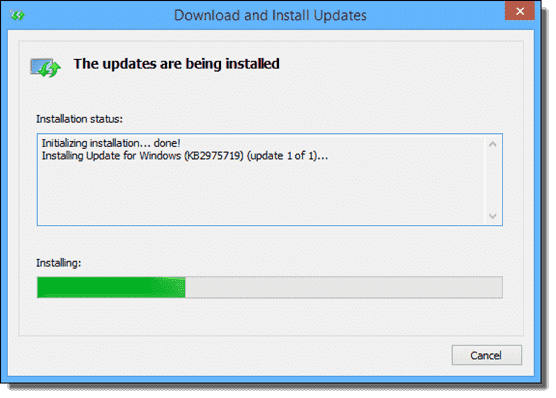 The corresponding Knowledge Base article KB2975719 lists all the new features and changes.

Settings changes for Update and Recovery

This feature is supposed to introduce new information in the Windows Update Settings, but I wasn’t able to see any changes after installing the updates. Let me know if you found those new settings.

I already blogged about this feature in a previous post. The improvements allow you to leave a touchpad on when a mouse is connected; in addition, support was added for right-clicking and double-tap and drag gestures.

It is interesting that the new Ruble currency support for input and rendering has only just arrived. Maybe this support results from a request from the financial “markets” that currently really enjoy gambling with Putin’s money? 😉

This is an interesting feature, and we will cover it in detail on 4sysops within the next few days because we believe that many IT departments will be affected. You’ll learn how to manage Internet Explorer’s out-of-date ActiveX control blocking in your network.

I covered the new Miracast receiver API previously. We will have to wait for applications that make use of this new API.

This new API allows developers to build applications that read and write date taken and GPS data from MP4 videos.

This feature solves a problem for federated environments with the “keep me signed in” feature of SharePoint Online.

These changes are nothing earth-shaking, but let’s not forget that this is not the rumored Update 2 but just a couple of improvements of the kind that Microsoft plans to now offer on a monthly basis. The out-of-date ActiveX control blocking feature needs a closer examination, which we will be doing shortly. Stay tuned!

By the way, don’t forget that Windows 8.1 Update is mandatory for businesses since yesterday (August 12). Windows 8 machines are not affected.