Have you had the chance to evaluate the recently released Windows Server 8 Beta (Windows Server 2012) and Windows 8 Consumer Preview software? More to the point, how familiar are you with Microsoft’s changes to Active Directory Domain Services (AD DS) in Windows Server 8?

Well, that is precisely what we are concerned with in this blog post. By the end of this lab, you’ll know how to: 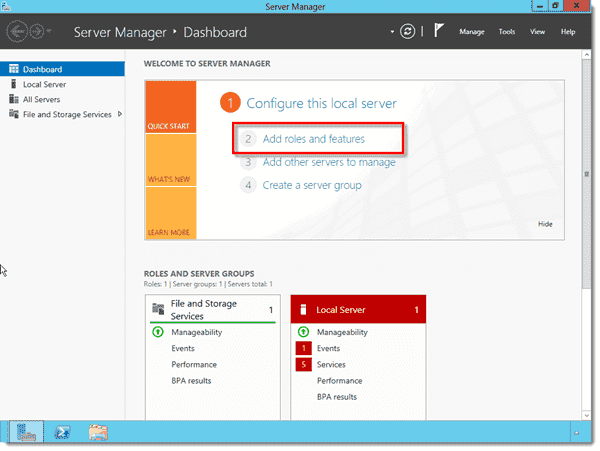 The Add Roles and Features Wizard in Windows Server 8 behaves basically the same way as it does under Windows Server 2008 R2. As you can observe in Figure 2, Microsoft has streamlined the interface, combining the “Add Roles” and “Add Features” functionality—this is a convenient and thoughtful improvement! 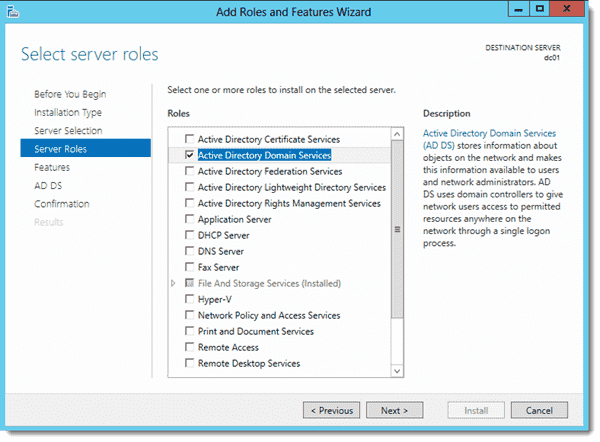 To create a Windows Server domain controller, we must not only install the AD DS binaries with the Add Roles and Features Wizard, but we must also run the Active Directory Domain Services Configuration Wizard.

Take a look at Figure 3: Microsoft has redrawn the interface to include more options per dialog box page and make the overall AD installation process more straightforward than it used to be. 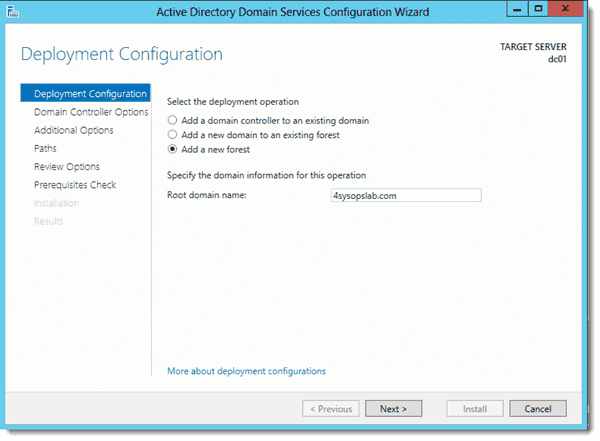 The New DCPROMO in Windows Server 2012

After you reboot the server, the box is thereafter an AD DS domain controller. Now let’s turn our attention to client device configuration.

Joining a Windows 8 Workstation to the an Active Directory domain ^

Log into Windows 8, switch from Metro to the traditional Desktop, and fire up the System Control Panel item. As you can see in Figure 4, the controls for joining an AD domain should look very familiar to Windows Server 2008 systems administrators. 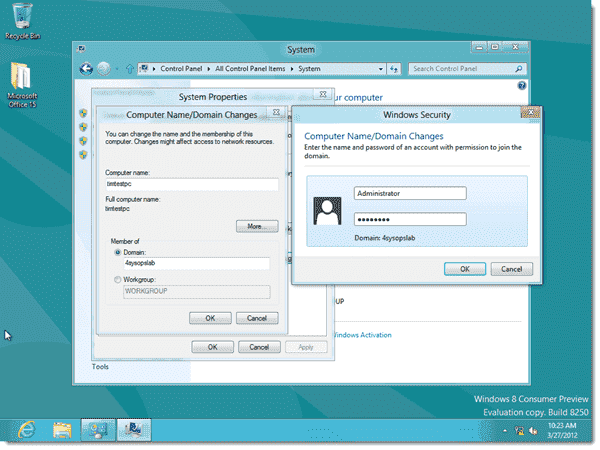 After you reboot the client, we can now submit a domain username and password instead of local or Microsoft Account credentials.

Our salient question now is, “Okay, so far, so good. Now how can we manage Active Directory from our Windows Server 8 Beta computer? Let us address this question next.

As I told you earlier, your choices for administering a Windows Server 8 Beta domain controller consist of the following options:

Note that in Figure 6, label A, any installed roles or features on a target server are listed in the Dashboard. Interestingly, this dashboard view only displays metadata related to the role or service.

To launch the familiar role and service administration consoles, we can open the Tools menu (labeled B in Figure 6) and make a selection from the drop-down menu. 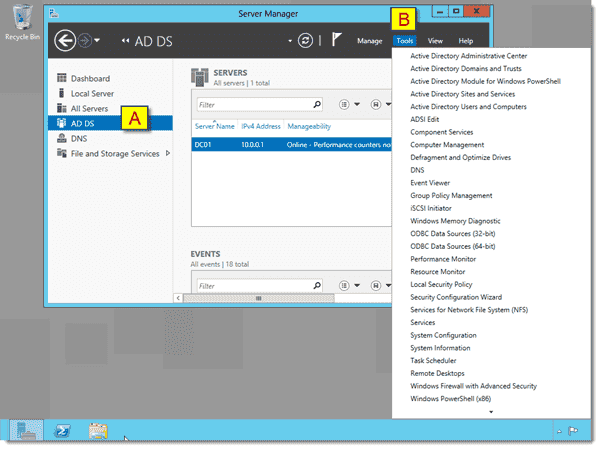 Figure 7 demonstrates that Windows Server 2012 still leverages a lot of “legacy” Microsoft Management Console (MMC) technology. I have no earthly idea if MMC consoles will exist in the final RTM code. 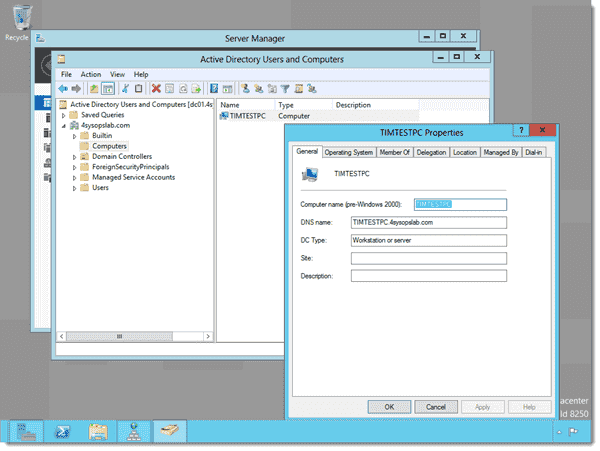 The new, touch-centric Metro user interface (UI) exists in both Windows 8 Consumer Preview as well as is Windows Server 8 Beta. The general consensus among Windows Server 2008 administrators is they either like the new interface or they loathe it--there does not appear to be much middle ground.

To this end, a very common and popular question is, “How can we disable the Metro UI for Windows 8-based domain member workstations?”

The answer to that question, of course, lies in Group Policy. Specifically, we are concerned with the Do not show the Start Menu when the user logs in policy, located in the following Group Policy path:

The Windows Server 2012 Group Policy Editor is shown in the screenshot below. 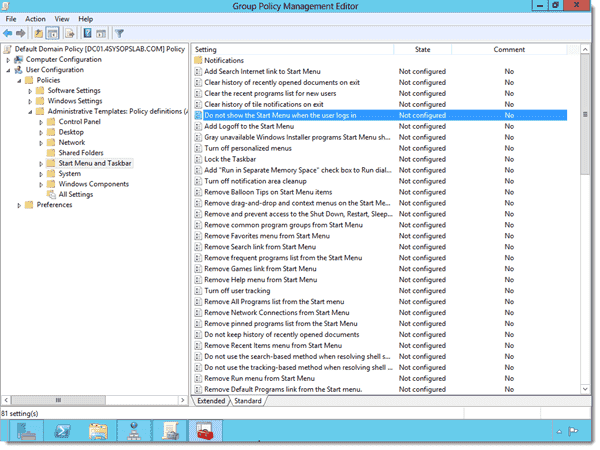 NOTE: As of the Beta release, this Group Policy setting affects only Windows Server 8-based computers. Frankly, I don’t know if this behavior is by design or if it is a bug.

Conspicuously absent in the Windows Server 8 Beta Group Policy repository are policy settings to control Windows on ARM (WOA) tablets and PCs. This speaks to the common knowledge that Microsoft is targeting WOA devices for “unmanaged environments.” In point of fact, WOA devices are unable to perform a domain join in the first place.

Today we learned how to install Active Directory on a Windows Server 2012 computer. We also joined the new domain from a Windows 8 Consumer Preview workstation. Finally, we spent a little time getting to know how the administrative tools work in Windows Server 2012. Please feel free to share your experiences with these pre-release software products in the comments portion of this post. Thanks a lot for reading.