Do the math with PowerShell

Home Blog Do the math with PowerShell

It is convenient using PowerShell for your everyday calculation tasks. You don't need any variables to play with four basic math operations. Just put in the numbers and let PowerShell do the math! 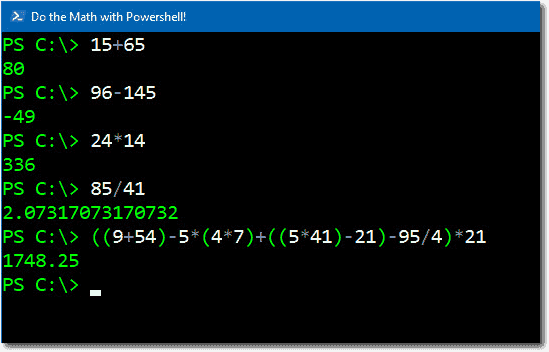 If you wish, you can also use variables, which is much easier when it comes to multiple complex operations. PowerShell supports a number of variable types such as String, DateTime, and Integer. Whenever you put a number in a variable, it automatically becomes an integer variable. 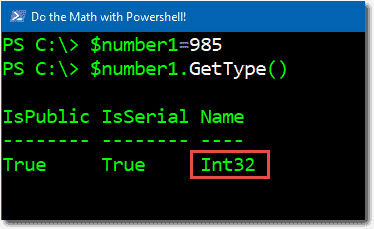 You can then apply the basic math operations with the same syntax you learned in school. 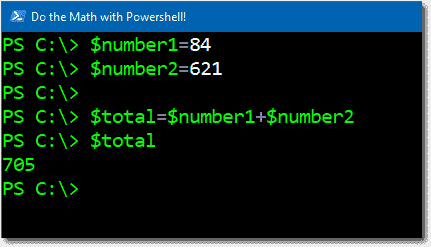 Obviously, PowerShell does not only provide the four basic operations, but it also provides a wide range of functions you can use in various operations.

PowerShell uses the [System.Math] library, which consists of many mathematical functions and methods. You can list all methods this library offers with the following commands: 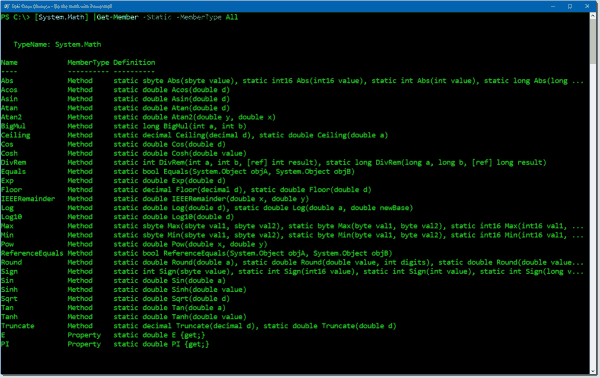 There are also two static properties, which are pi and E (epsilon) constants. The syntax to access the value of these constants is quite straightforward: 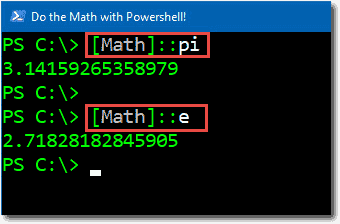 Let's see the other useful functions that can make your life easier when doing math in PowerShell.

Use this for rounding off numbers to the nearest decimal value. 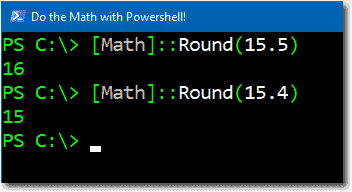 To calculate the square root of a number, you can use this command:

If you have to calculate the power of a base number with a certain exponent, you can use the next command. In my example, 6 is the base and 2 the exponent.

The absolute value of a number is its non-negative value without regard to its sign.

Trigonometric functions apply to calculations related to angles. I suppose you remember them well from school. 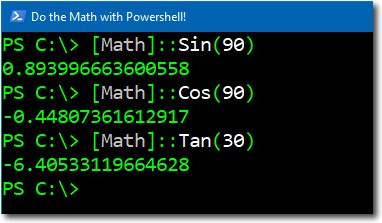 Logarithm is a function used to reverse the operation of exponentiation. For example, when the third power of 10 equals 1000, the logarithm of 1000 with respect to base 10 is 3. 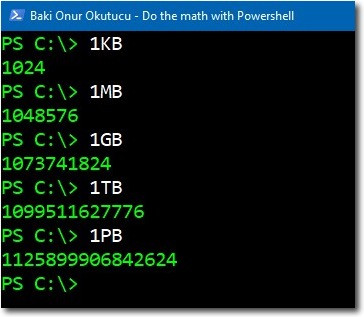 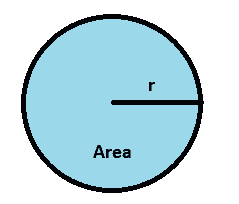 The area of a circle 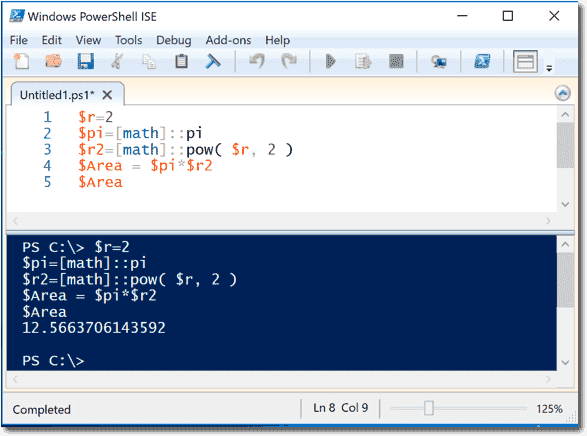 Calculating the area of a circle in PowerShell

In the example, the radius of the area is 2.