About two years ago, I wondered how Amazon’s cloud competition could ever rival the market leader, which had a bigger market share than its three major competitors together. Then, suddenly, Microsoft started to get going and surprised everyone with a growth rate twice as high as the Seattle-based cloud pioneer.

If the Wikibon data is correct, Microsoft is now the cloud market leader. And because the growth rate is still significantly better than Amazon’s, the Redmond software builder will most likely consolidate its lead.

The table below shows the income for 1H’14, 2H’14, and 1H’15, in millions of dollars, as well as the year-over-year growth percentage. It appears that 2015 is the year that Microsoft became the leader in the cloud.

Note that we are only talking about the public cloud here. If we also include private cloud computing, Microsoft would now not just be the leader but would essentially dominate the cloud market.

Also note that Wikibon added the income from Azure and Office 365. In my view, this calculation makes much more sense then mixing private and public cloud data just because the technology is about IT infrastructure in both cases. On the other hand, Office 365 is sometimes not considered when Amazon and Microsoft are compared because it belongs in the Software as a Service (SaaS) category, which many researchers treat as a separate domain.

However, because it is often not clear what private cloud computing actually is and because doing IT in the cloud or on premises are two very different things from an IT manager’s point view, I find comparisons of all public service types much more interesting. It is also more helpful when it comes to deciding which cloud provider you are going to bet the future of your IT on because size definitely matters in the cloud.

Nevertheless, from a technological point of view, Amazon is still the cloud leader. I have been working with AWS for quite a while. Many AWS management tasks are somehow more straightforward and thought through than those in Azure. In Azure, you often feel that conventional on-premises IT has just been uploaded to one of Microsoft datacenters, whereas in AWS everything has been designed for the cloud right from the beginning.

You’ve probably heard of the cattle vs. pet administration metaphor. You give names to pets because you usually only have a few of them and they are dear to you, so you take care of them if they are not well. Cattle come en masse; usually they don’t have names and are just removed from the herd without sentiment if they cause any trouble. Azure administration still often follows the old pet model, whereas AWS was designed from the beginning for cattle administration.

Just to give you one simple example: whenever you create a new resource in AWS, the name by which you can access the object is automatically assigned, whereas Azure often expects you to manually assign a name. Just like you give every server in your on-premises datacenter a name, Azure also wants you to assign names to your VMs. Because names often have to be unique in the cloud, it sometimes happens that another tenant is already using the name. 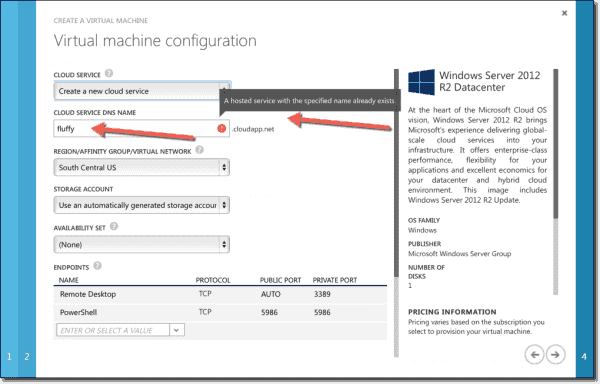 In contrast, IDs are automatically assigned in AWS. To make it easier for humans to identify resources, you can assign tags to cloud objects such as EC2 instances or EBS volumes. This allows you to launch an entire herd of VMs with just a few clicks in the AWS Management Console. 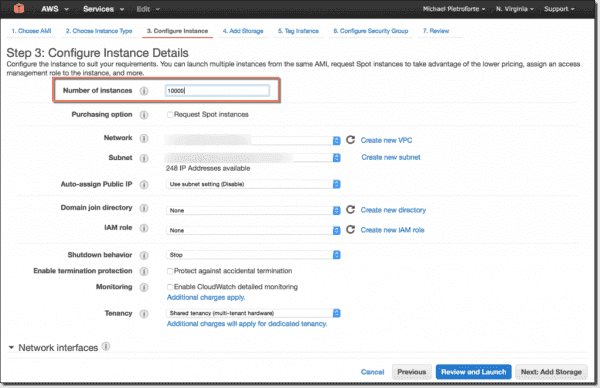 Perhaps it is easier to convince conventional on-premises admins to move their IT to Azure if they don’t have to change too many of their old habits. However, this old-fashioned way of managing IT often reduces productivity and contradicts the philosophy behind cloud computing.

Thus, it appears to me that Microsoft’s fabulous rise in the cloud is mostly based on the fact that many businesses of the old economy that are traditionally Microsoft shops are more and more convinced of the cloud. Of course, Azure and Office 365 are natural choices for them because similarities in the technology facilitate hybrid cloud computing and make the transition to the cloud easier.

On the other hand, the AWS growth rate mostly depends on the expansion of the new economy. Netflix and company all run in Amazon’s cloud and, for most new online businesses, AWS is the natural choice. Thus, it will be interesting to see how Microsoft’s and Amazon’s cloud will develop once the old economy has moved most of its IT to the public cloud. Because the new economy will always grow faster than the old economy, Amazon might catch up again if Azure doesn’t shake off its on-premises ties in time.

One thing is for sure: Microsoft’s traditional cash cows give less and less milk and the future of the Redmond software maker depends more and more on cattle hosting.