Michael Pietroforte  Wed, Feb 2 2011Wed, Feb 2 2011  backup  7
To back up and restore a DHCP server properly, you have to know a few things about how Windows stores the DHCP data.

DHCP is one of those essential services that can knock out a network if problems come up. That is why it is important to back up the DHCP server regularly and—even more important—to know how to restore a DHCP server.

You have to follow a different procedure to back up a Windows DHCP server. Windows stores the DHCP data in a database located at %SystemRoot%\System32\backup. The most important file is dhcp.mdb, which can't just be copied with backup software because it is open while the DHCP server is running. Using the Volume Shadow Copy Service to secure the data is usually not a good idea for any kind of database system. 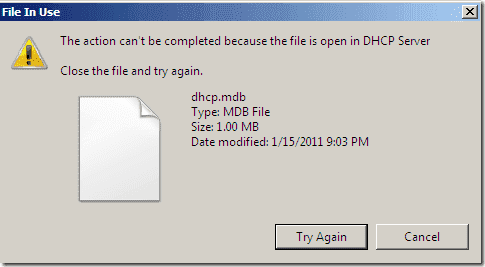 However, Windows automatically creates a backup of the DHCP database in %SystemRoot%\System32\dhcp\backup every 60 minutes; this backup can be copied by your backup software. The backup time interval can be changed in the Windows Registry in HKLM\System\CurrentControlSet\Services\DHCPServer\Parameters through the BackupInterval parameter. Sixty minutes is usually sufficient, but if you use a CDP backup solution to secure your server, you might want to configure a shorter backup interval.

You can also run backups manually through the DHCP management console. This feature can be useful if you intend to make major changes to your DHCP settings. You can back up the database to a location other than the default folder. Note that this won't change the location of the regular automatic backups. This setting can only be changed in the Windows Registry with the BackupDatabasePath parameter. 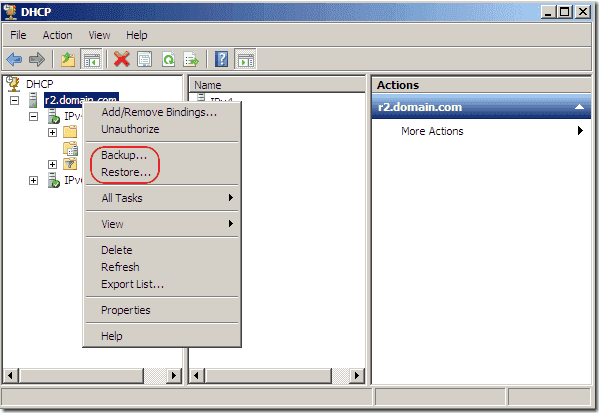