Curated Computing – Hot or Not? (part 1) 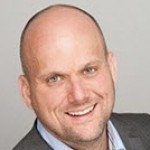 Mark Wilson
Mark Wilson is an accomplished infrastructure architect, with recent experience in technology leadership and IT strategy roles,.

At the recent iPad 2 launch, Steve Jobs proclaimed that we’re in a “post-PC” world – but he’s not the first to say that – Jonathan Schwartz from Sun Microsystems also used that term in the first half of the last decade… and look where Sun is now!

It will certainly be a while before we can drive the last nail into the coffin of the PC but things are changing. Whilst PCs have become commodities, two major technology shifts are driving a change in the way that we consume our IT applications:

Both of these phenomena are contributing to the rise of something that some analysts refer to as curated computing: a model whereby, instead of installing any application we chose on our devices, someone acts as a gatekeeper and checks the suitability of applications before they are made available for use.

In a corporate environment, the gatekeeper may be an enterprise administrator but, more commonly, in consumer-space, it’s a company like Apple, Google, or Microsoft – each one controlling a platform driven by the availability of applications provided by third parties.

And curated computing is a big part of Jobs’ post-PC vision for a different model of computing.

Critics of this model suggest that it restricts innovation – and that only a limited set of activities can be performed on devices – there’s no file system access, for example and Apple has been criticised (perhaps fairly) for being (over) prescriptive in its control of applications. Indeed, Cory Doctorow wrote last year that curated computing is no substitute for the personal and handmade but just how does an application store limit the content provided to applications? It doesn’t reject documents, images, or other content. It’s the apps that are curated – not the data. And it’s that data that’s important – not the device, operating system or app.

I shouldn’t care that Microsoft Office isn’t available on an iPad (although that would be nice) – what I need is something that allows me to consume, and optionally comment on or edit, Microsoft Office document formats. Ditto for PDFs, images, media, etc. I don’t need the same apps just (a subset of) the same capabilities.

But what does curation mean for end users? Well, for a start it’s an easy way to download and update applications without requiring any technical knowledge – just look at the explosion in the number of apps that iPhone users are creating and installing. But some see it as restrictive, preventing them from using the potential of their smartphone, tablet or personal computer – and it certainly presents an extra hurdle for developers as they struggle to get their app recognised.

There is another angle though – when combined with a trend towards IT consumerisation in the enterprise, curation allows IT departments to support their users needs and wants, so that the IT department is an enabler, creating business value, rather than a blocker, mandating its rules for connection.

You want to use a Mac at work? OK! You want to leave the corporate laptop behind but keep in touch using a tablet? That’s fine too. (But there are still some restrictions in place in order to ensure the integrity of the data you’re accessing and to protect the company.)

In my next post, I’ll discuss the fantastic opportunity that curated computing offers to hit a reset button and to banish the poor quality applications from our systems.

Mark Wilson is a strategy consultant for a major systems integrator and has more than 16 years’ experience of successfully bidding, designing and delivering innovative, multi-million pound IT infrastructure projects worldwide. Holding certifications from Microsoft, VMware and Red Hat, Mark is also a Microsoft Most Valuable Professional (MVP) and won the Individual IT Professional (Male) award in the 2010 Computer Weekly IT Blog Awards. Follow Mark on Twitter @markwilsonit