Stéphane van Gulick  Thu, May 26 2022Tue, Jul 5 2022  devops, powershell  0
The PowerShell module psansible.Inventory allows you to simplify the dynamic creation of your Ansible inventory with the help of an Ansible inventory script. You can retrieve data from your preferred sources, structure the data, and create a standardized Ansible inventory. 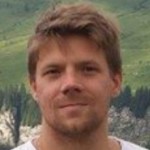 Stéphane van Gulick
Stéphane is an IT engineer from Switzerland, a PowerShell Most Valuable Professional (MVP) and coorganizer of the French PowerShell User Group. He blogs at PowerShellDistrict.com.

An Ansible inventory, in its simplest form, is a structured file that describes what your environment looks like. The file is generally in INI format, but formats such as YAML or JSON are also accepted. Since it is a simple text file, this inventory can be created in any way you like: by hand or by writing scripts that generate it for you.

In its simplest form, an Ansible inventory looks as follows:

In the example above, we have three entries: srv-01, srv-02, and srv-03, all of which are members of the webservers group. By targeting the group webservers, you will reach only the servers that are contained in that group to execute your playbook (a list of tasks that determines the configuration of the hosts).

The main purpose of an inventory is to group hosts. Yes, it is true; you can also assign variables to hosts in an inventory to determine the host's configuration. However, it is a better practice to use group and host variable files for this purpose. This is something that psansible.inventory also handles, which I will cover in a future article.

If your environment doesn't change often, manually editing the inventory.ini file is probably good enough. But if you want to make things dynamic, for instance, if the number of hosts in your environment changes frequently, you can go with an existing dynamic inventory plugin that can pull inventory information from various sources. Alternatively, if your data is stored in a custom configuration management database (CMDB), or in multiple ones, for that matter, you might need to write your own plugin in Python. Notably, custom plugins can only be written in Python.

A last and common option is to feed Ansible an INI file directly that contains your inventory.

The INI file is read in by Ansible each time a run is executed. The contents of this INI file can be created statically; they can also be created dynamically with the help of an external script (a PS1 file that resides locally on the server) that generates the Ansible inventory at frequent time intervals. This allows us to decouple the creation of the inventory from the Ansible infrastructure and makes things much easier to test.

For the last two cases, this is where psansible.inventory comes into play.

psansible.Inventory is a helper module that simplifies the automatic creation of your Ansible inventory. It allows you to write logic to fetch data from your preferred sources, easily structure the data, and spit out a standardized Ansible inventory.

Psansible.inventory is the glue that will stick your DB queries to the supported Ansible export format, which can be either of the following:

To get pansible.inventory on your machine, you can simply download it from the PowerShell gallery or install it with this command:

To display a list of existing commands, you can run this command:

To see the power of psansible.inventory, let's recreate the Ansible inventory from the beginning of this article (three entries in a single group).

To create your first inventory, use the New-AnsibleInventory cmdlet

$Inventory contains an object of type AnsibleInventory, which defines what the Ansible inventory will look like. Notice the EntryCollection property, which mentions TotalEntries: 0.
This means that, for the moment, it is empty inventory and frankly not that useful in this current state. Let's change that and create some entries for our inventory. For this, we will use the new-AnsibleInventoryEntry command.

$Entry contains an object of type AnsibleInventoryEntry, which describes a single entry of the global Ansible inventory.

GroupMemberShip is empty. Let's change that, and add our server srv-01 to the webservers group.

An alternative way to accomplish this is to use the -group parameter of the New-AnsibleInventoryEntry cmdlet.

Now that we have our first entry, we can add it to our previously created inventory using the addInventoryEntry() method attached to the inventory object.

We can see that we have the property EntryCollection, which now contains TotalEntries: 1.

We can add the last two servers to complete our inventory.

We can now see that we have a total of three entries in our EntryCollection property.

To see which entries we currently have in our inventory, we can use the GetEntries() method from the $Inventory object.

Now that the content is ready, we can go ahead and export the data to generate an inventory document that Ansible understands.

For that, we first need to add a folder path to where we would like to export this, too. Nothing is simpler than this. Simply use the .SetPath() method attached to the inventory variable.

Once added, we can export the Ansible Inventory and generate the desired INI file using the .Export() method attached to the inventory object. The following structure is generated:

Taking a closer look at the inventory.ini, it looks just like the one from the beginning of the article:

You've seen that psansible.Inventory does a bit more than create a simple list of hosts. It allows you to control your whole inventory creation flow in your preferred language.

Many plugins exist for different environments, such as Azure or AWS. If your inventory data must come from one or more cloud sources, or from your own custom database, psansible.Inventory is the best choice to retrieve data for your inventory.