Timothy Warner  Wed, Jul 20 2011Wed, Jul 20 2011  mac  14
In this article you will learn how to use the Mac OS X Connect to Server option to establish client connections to Windows-based SMB shared file system resources.

Here’s the scenario: you are called in as a consultant to a school that employs a mixed Windows/Mac OS X environment. At one point during your work you realize that you need to transfer some administrative files to the Mac from a shared folder named DOCS on a Windows Server 2008 R2 file server named SERVER01. However, you have limited experience working in Mac OS X. What action do you take next?

By the conclusion of this article you will fully understand how to access Windows file shares from Mac OS X. Let’s get to it!

As you know, the de facto file and printer sharing protocol in Windows is called Server Message Block, or SMB. In turn, SMB is also known in vendor-neutral circles as the Common Internet File System, or CIFS.

NOTE: Due to a recent changes in the GNU Public License (GPL) version adopted by Samba, Apple plans to remove Samba from future releases of its operating system, instead opting to re-write the protocol itself

For instance, we can use the URL syntax smb://server01 to enumerate all shared resources on that server, or we can use smb://server01/docs to view the contents of only the docs shared folder.

Connecting to a Windows share on Mac OS X ^ 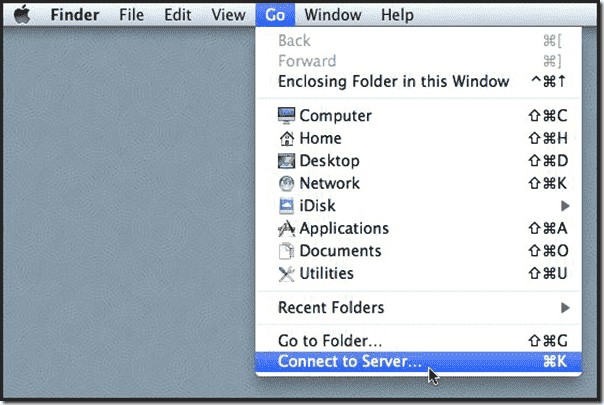 Connecting to a remote server in Mac OS X

In the Connect to Server dialog box, type the SMB path to your desired remote Windows server. Depending upon the host name resolution strategy in use on your network, you can use either the server’s DNS host name or its IP address. Next, click Connect.

The Connect to Server dialog box

You will next be prompted for Windows user credentials; these credentials can exist either in the Security Accounts Manager (SAM) database of a single Windows computer, or they can exist in Active Directory Domain Services (AD DS).

For Connect as: make sure to select Registered User and then supply your Windows account username and password. To be safe, I recommend that you supply your username in the “old school” NetBIOS format domain\user.

If you want Mac OS X to store your credentials in the keychain of the local system, then enable the Remember this password in my keychain option. Next, click Connect. 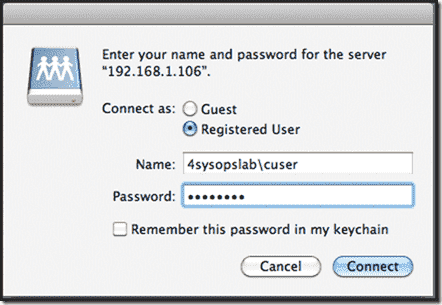 If the credential validation completes successfully, then the Windows SMB resource is mounted as a “drive” on the Mac desktop and its associated Finder window opens. 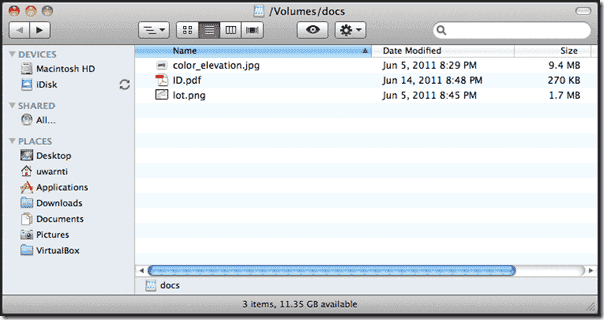 A Couple of extra tips ^

Press Command + K to return to the Connect to Server dialog. Please note that you can use the Plus button to add the current connection URL to the Favorite Servers list. This will make subsequent connections much faster, especially if you elect to store your credentials in keychain.

To unmount an SMB volume, right-click the volume and select Eject. 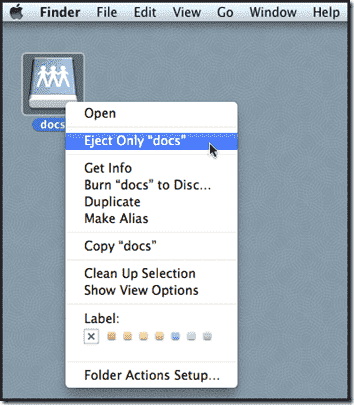 To create a persistent mapping to a remote Windows share, then you need to specify a new login item or login hook. We’ll cover that topic in an upcoming installment (are you already on the edge of your seat?)

I’m sure there are some die-hard Terminal fans out there who may be boiling with the thought, “But Tim, you can also use smbclient from a Terminal prompt to do the same thing!!” True enough—perhaps in a future installment I will show you that and other command-line Mac/Windows tricks. In the meantime, please feel free to leave feedback in the comments. Thanks so much for reading, and take good care.