Timothy Warner is a Microsoft Cloud and Datacenter Management Most Valuable Professional (MVP) who is based in Nashville, TN. Check out his Azure and Windows Server video training at Pluralsight, and feel free to reach out to Tim via Twitter.

CloudBerry Lab is one of the leading independent software vendors (ISVs) that help systems administrators manage cloud-based resources without having to understand the low-level application programming interfaces (APIs) involved.

Instead of using the Azure or Amazon Web Services web portals, PowerShell, or the REST APIs, you can use the simple CloudBerry Backup GUI to manage Azure blob storage or AWS S3 storage accounts.

In a nutshell, CloudBerry Backup is a Windows desktop application with which you can perform bare-metal and/or file-based backups and restores of your infrastructure systems to the public cloud.

The public cloud piece is elemental; you'll use a public cloud storage account for all your backup jobs. Take a look at the following interface screenshot to get an idea as to how many providers are supported by this product. 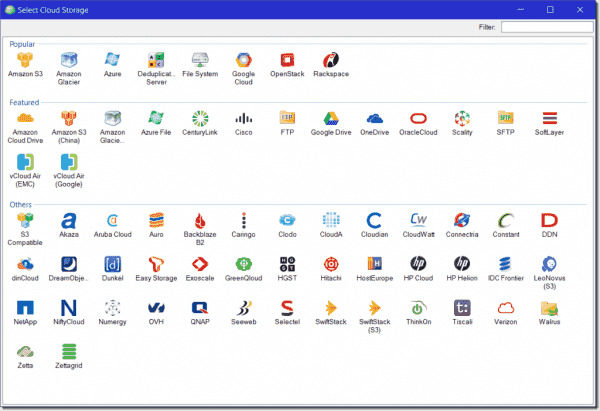 Depending upon the specific CloudBerry Backup edition, you can perform the following and many other backup and restore scenarios:

In previous versions, restoring a system image backup to an Azure VM required that you first download the backup bits from your cloud account to your local workstation, and then re-upload to the Azure cloud.

Fortunately, Cloudberry Labs addressed this weakness in v. 5.2. You can now restore a cloud-based backup directly to a new Azure VM; this process saves not minutes but hours in the system recovery process. I show you a relevant screen capture in the next screenshot. 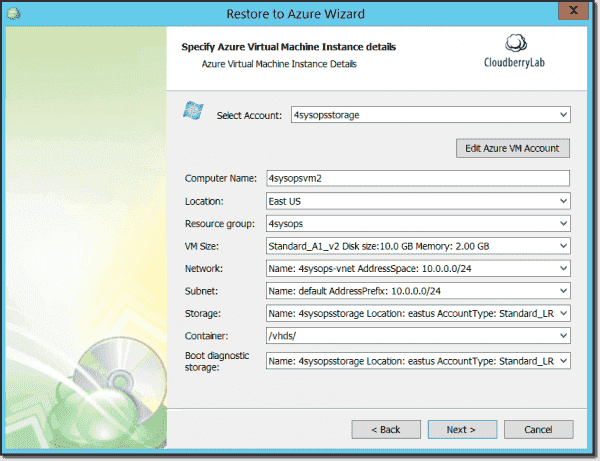 Restoring a VM backup to a new Azure VM

It was always befuddling to me why past CloudBerry Backup versions didn't have the ability to pause and resume backup jobs. The good news for us is that v. 5.2 added that ability, as shown in the following interface screenshot.

We can finally pause and resume backup jobs.

The idea here is that you can perform scheduled full backups to the AWS S3 cloud 20 times faster than you did before. From what I understand, CloudBerry Backup leverages some lesser-known features of the S3 API to reuse existing S3 backup data when storing new, incoming full backups.

Besides the speed increase, you'll be transferring less data from on-prem to the cloud when you perform your full backups. As logic probably informs you, you need at least one "base" complete full backup in S3 before you can enable synthetic backup in your job properties, as shown here: 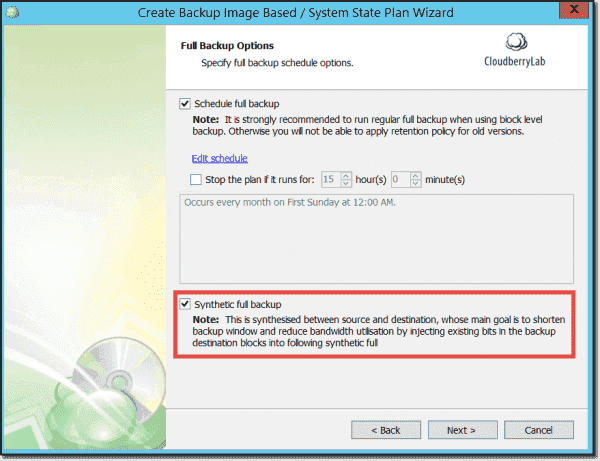 Businesses who continue to rely upon on-premises Microsoft Exchange organizations most often have a requirement for item-level restores. This feature is finally available in CloudBerry Backup, albeit with a puzzling limitation: as of v. 5.3, Exchange item-level restore is available only for Exchange Server 2010!

A weakness in older CloudBerry Backup versions was its inconsistent policy regarding backup encryption. For example, you might decide to change your backup encryption parameters over a particular backup job's lifecycle. When you're called upon to perform a data restore, you may be prompted to recall an old encryption passphrase. Whoops!

In v. 5.2, you'll be prompted (forced, really) to upload a new baseline full backup if you change the encryption properties for a backup job. I show you the dialog box in the next screenshot: 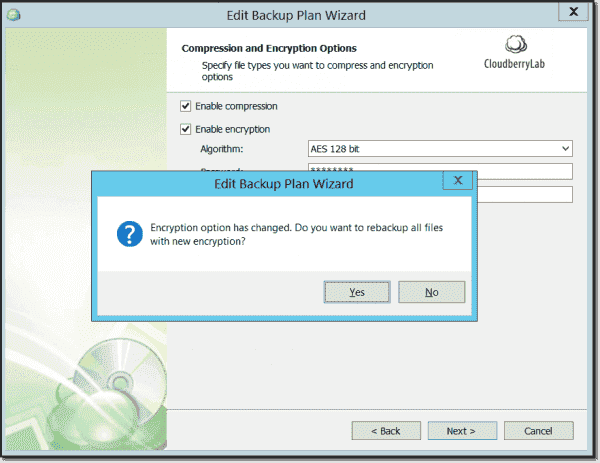 Amazon Web Services Snowball provides a way for you to bypass long (and potentially expensive) Internet file transfers and instead to ship AWS your large-scale data sets on a Snowball JBOD appliance through the mail.

As of v. 5.3, CloudBerry Backup enables you to run backup jobs using a Snowball appliance as a backup target. Here's an appropriate screen capture from the Create Backup Image Based/System State Plan Wizard: 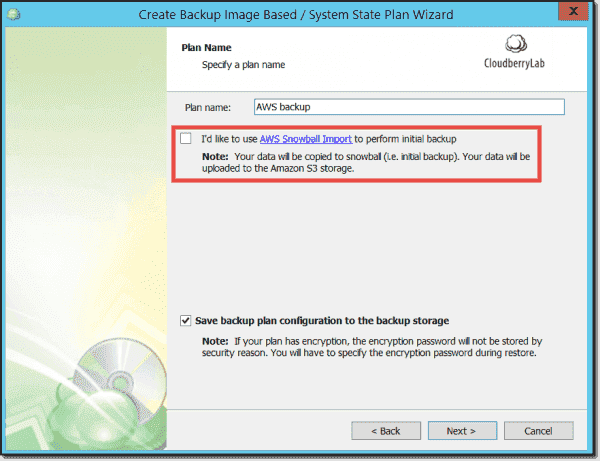 CloudBerry Backup 5.3 also added the much-needed ability to include NTFS permissions to a Snowball backup job.

As a parenthetical note, CloudBerry Backup 5.3 also supports the recent changes Amazon made to their Glacier data retrieval options. As you might know, Glacier provides a long-term "cold storage" backup target for archival data; you're charged whenever you need to pull data out of Glacier.

Previously, CloudBerry Backup allowed you to delete backed-up file versions based only on the file's last modified date. As you can see in the following image, you can now delete versions based on a backup date. 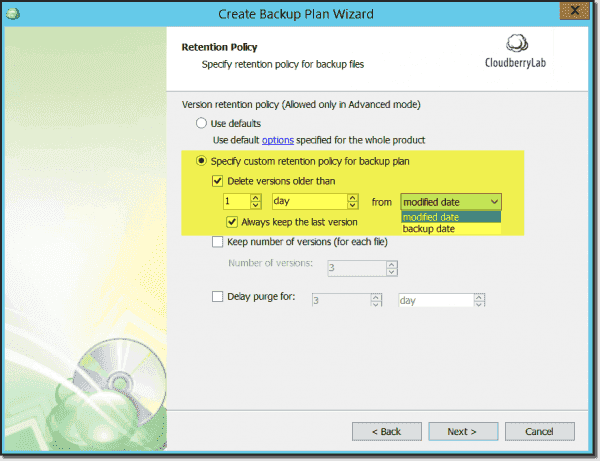 CloudBerry licenses its backup product per computer as a one-time fee; you receive one year or renewable support with your initial purchase.

Honestly, I've gotten a lot of mileage out of the CloudBerry Explorer tools in both the AWS and Azure clouds, and can't speak highly enough about them. Everything I've seen in CloudBerry Backup gives me the confidence to make a positive recommendation of them to you.