Can a Surface RT 2 replace a laptop? Absolutely!

Home Blog Can a Surface RT 2 replace a laptop? Absolutely!

Joseph Moody  Fri, Dec 6 2013Sun, Mar 20 2016  desktop management, microsoft  13
The Surface Pro gets all of the attention but its little brother packs a serious punch for a much smaller price tag. The Surface 2 differs from most devices by running the Windows RT 8.1 OS. Put bluntly, most of your negative impressions of RT are wrong. In fact, I would make the case that the Surface RT could be your (or your user’s) primary device!

The Bad, the good, and the really good ^

The big white elephant in the room is that a Windows RT device can’t be joined to a domain. The next common complaint is application compatibility. Only Windows Store apps can be installed on it. The final major issue is device support. Only peripherals designed for Windows RT can be connected. There are some other smaller limitations but these three are the hurdles you’ll face in IT. 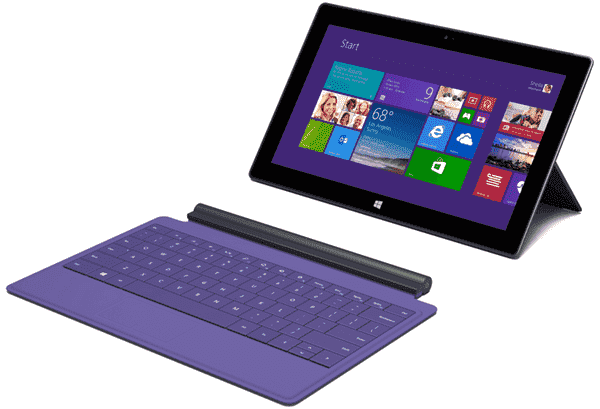 With so many conditions, why on earth would you want to use a Surface 2? Why would you ever want to give it to your users? In short – the Surface 2 is an extremely lightweight tablet that is powerful enough to act as a laptop. It has a 10 hour battery life, a full USB 3.0 port, and 200 GB of SkyDrive storage that is condensed into an incredibly small device.

Oh, did I mention the price? $449 without a keyboard. $580 with a backlit type keyboard. When compared to any other major competitor, the Surface RT comes in cheaper and allows more functionality. 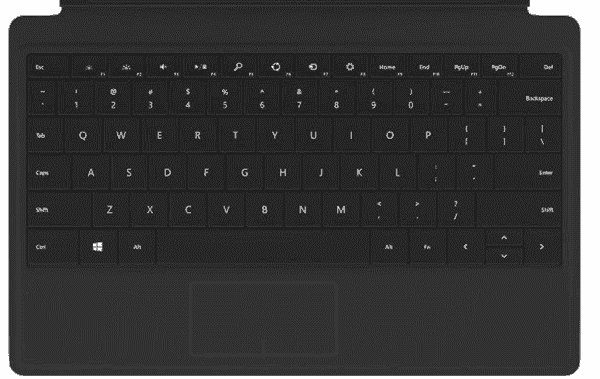 The Type Backlit Keyboard for Surface

Can the Surface RT replace the laptops of your users? ^

If your users are comfortable with a Windows 8 device, switching to Windows RT 8.1 will not be a difficult transition for them. From a user perspective, the major drawback of Windows RT is application compatibility. If your users are already standard users, they likely will never run into this drawback because they can’t install applications to begin with.

Windows RT 8.1 is much more than the Start Screen and the Windows Store. It supports a full desktop, Windows Explorer, Internet Explorer, and Office 2013 RT. Office 2013 RT now even includes Outlook and OneNote! All apps all behave the same as the Office Professional Plus 2013 desktop applications. For a list of missing features please read Microsoft’s Office 2013 RT FAQ.

The traditional version of IE and Office run on Windows RT.

For many of my end users, Office + Internet Explorer represent the only applications that they use during the day. In fact, many of our departments will purchase laptops for certain users to bring between work and home. Including licensing, these laptops cost around $1,200. Substituting Surface RTs would save some serious money! If your users travel often, they will likely find the Surface RT to be a big improvement over the heavier laptop.

Can the Surface RT replace your laptop? ^

Windows RT 8.1 also includes most of the IT applications that you use every day. This includes Command Prompt, PowerShell, Notepad and native Remote Desktop (mstsc). This last application is important because it means you can run any required traditional application as a RemoteApp!

Terminal Services RemoteApp allow you to stream applications from a machine that can actually run them. In the past, this technology has been very useful with OS version compatibility. Now it can be used to extend application support across OS architecture.

You might be wondering why you should use a workaround like this when you could just buy a laptop or Surface Pro. When I bought a Surface RT for my wife, I thought the same thing. I already owned a Surface Pro and never thought I would use an RT device. But time and time again, I find myself reaching for the Surface RT when I need to work or when travelling.

It’s instant on, always connected, and mobile device like accessibility makes it incredibly easy to use. With its feather-like weight and long battery life, it never seems like a chore to bring along. Finally, it does a wonderful job of combining the intuitive nature of touch with the practicality of a keyboard. I find myself using the touch interface as an effortless replacement for a mouse (and now long for a touch screen when I have to use a laptop or desktop). Convenience is why I have come to love the Surface RT.