Historically, you may have known that NAKIVO Backup & Replication supports disaster recovery for Hyper-V and VMware virtual machine (VM) workloads. Did you know the backup tool also allows you to back up Amazon Web Services (AWS) Elastic Compute Cloud (EC2) VM instances also? Let's learn all about it by diving into a demo.

First of all, you should be aware that NAKIVO (I'll call the product "NAKIVO" from now on instead of "NAKIVO Backup & Replication) supports the following EC2 backup scenarios:


That is, indeed, a lot of power. Start the setup by firing up the NAKIVO management console, logging in as an administrator, and adding your AWS Identity and Access Management (IAM) account credentials to the NAKIVO inventory as shown below. 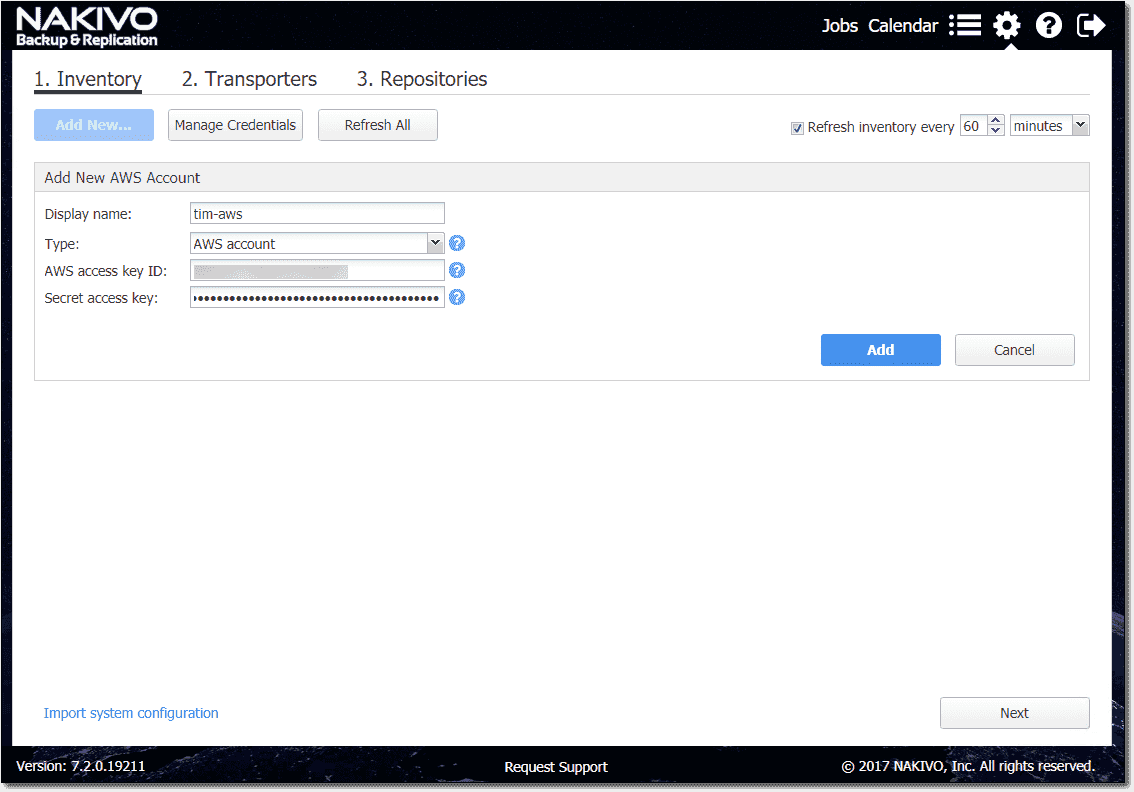 NAKIVO will then automatically add any EC2 instances your account owns to the inventory, where they will be available for backup, restore, or replication policies later.

Next, you'll need to deploy a Transporter agent to the AWS cloud. You can get away with a micro instance here, but understand (a) you do need a Transporter if you plan to interact with EC2 instances in AWS, and (b) you may want a larger instance size depending on the scale of your instances and workloads in AWS. I show you the appropriate interface screen in the next screenshot. 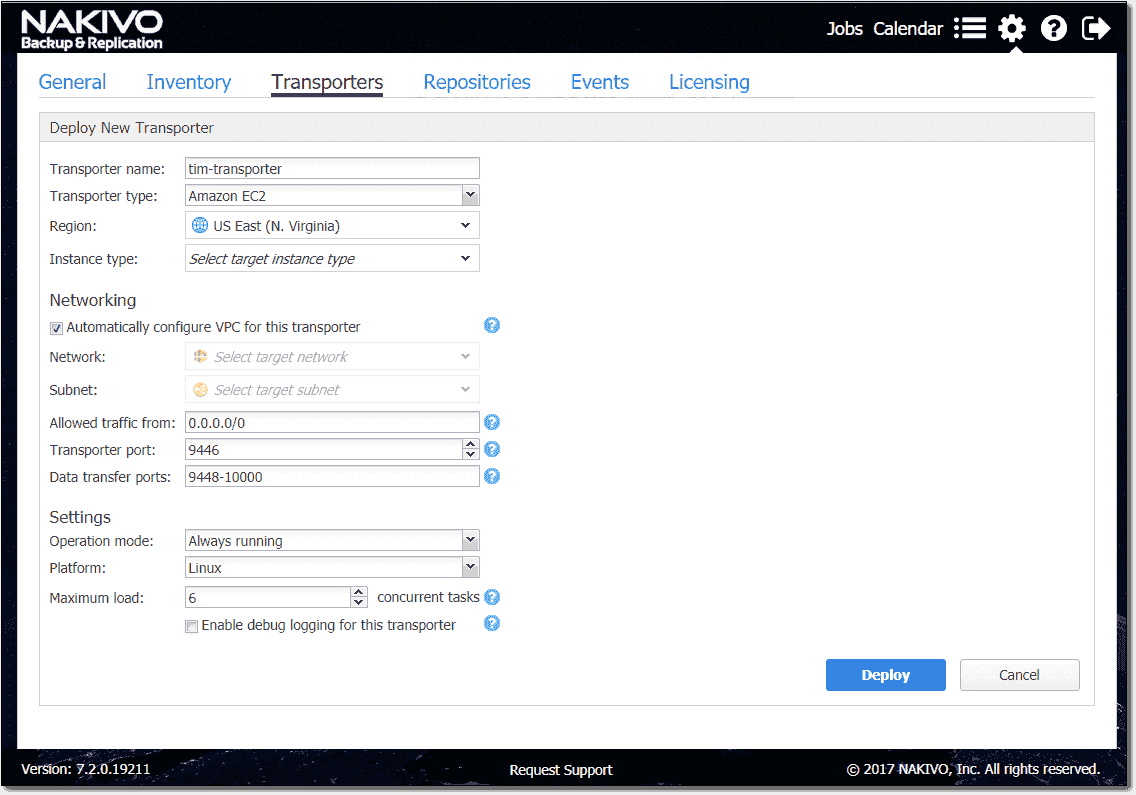 Adding a Transporter to AWS

Now that we've connected to AWS and deployed the Transporter agent, we can set up an Amazon EC2 backup job directly from the NAKIVO management console. If you've used NAKIVO before, you understand the five steps of creating a backup job: 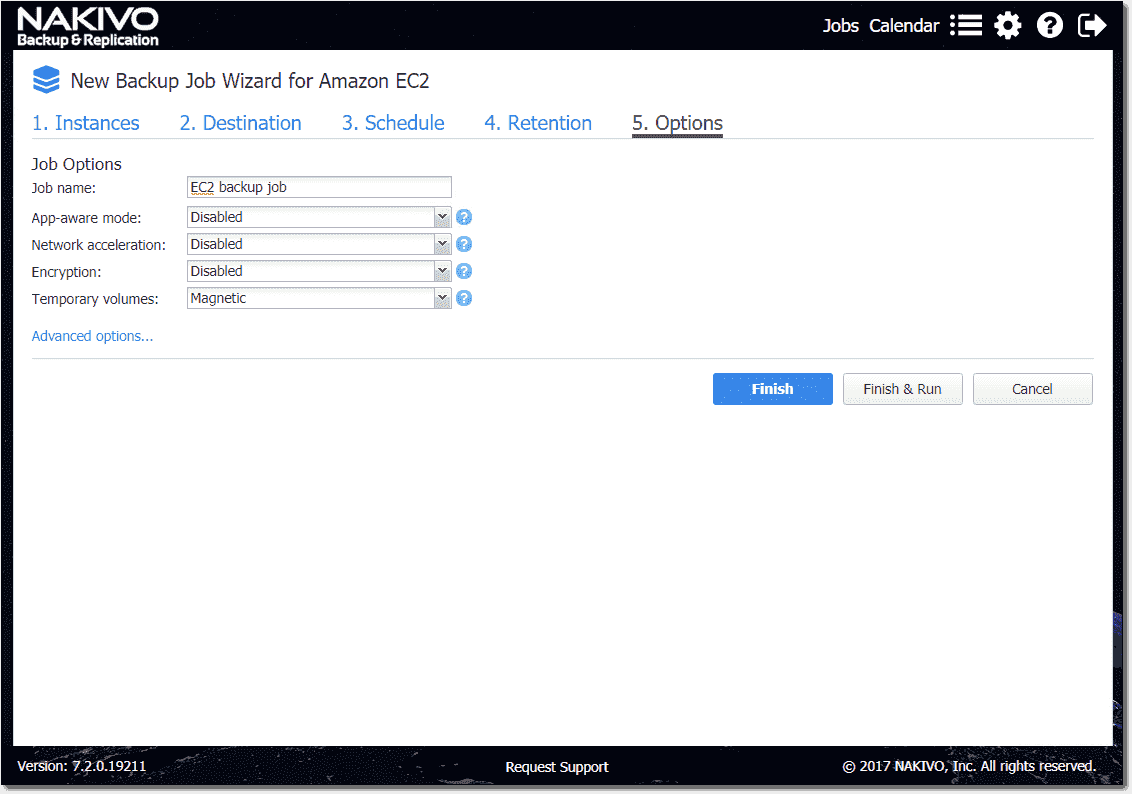 As you see below, you can restore an EC2 instance to its original AWS region or a different one. 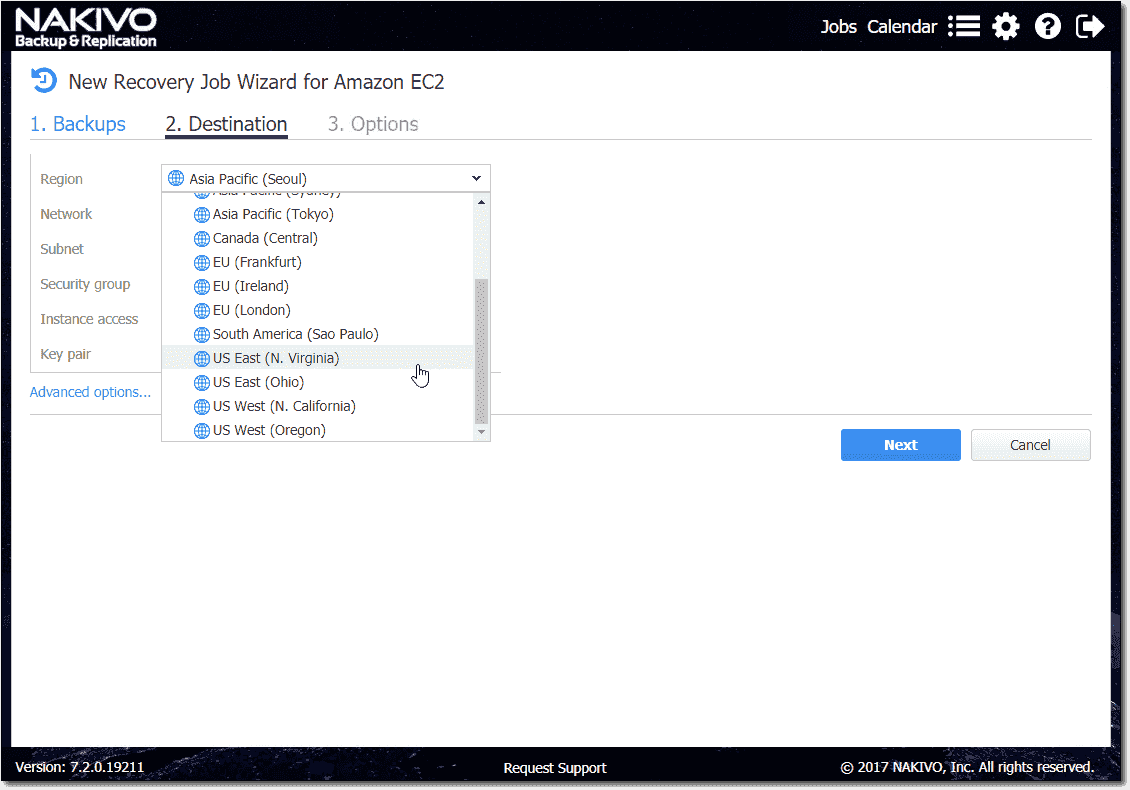 VM-level backup is fine, but some businesses require a replication solution such that they can fail over their mission-critical workloads in seconds. NAKIVO has always had this capability, and we can now apply this type of high availability/disaster recovery solution to AWS instances.

As you can see in the following screenshot, the replication job wizard is largely the same as the backup wizard, with the exception that there are options specific to the replication scenario. For example, you can opt to truncate SQL Server or Exchange Server transaction logs to reduce your backup sets. 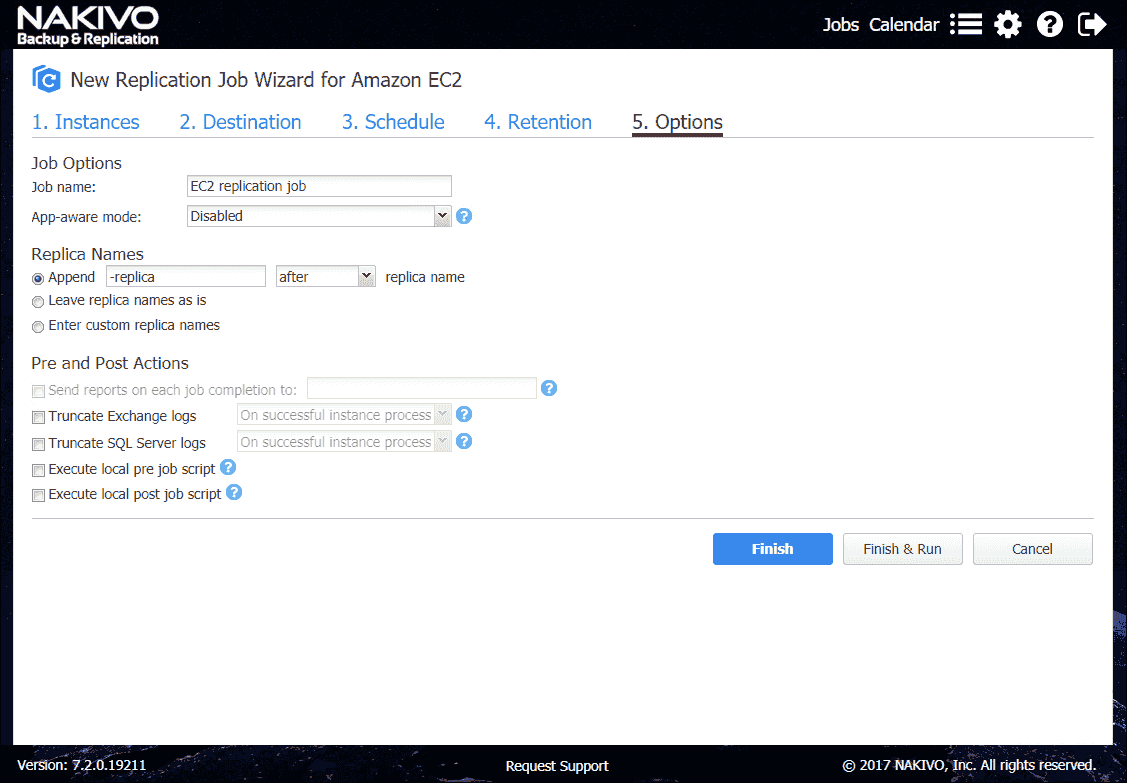 You can download a full-featured trial of NAKIVO Backup & Replication by visiting the NAKIVO website. Check the pricing page to learn how they license the AWS EC2 feature.

We've discussed NAKIVO a lot on this website. It's a solid disaster recovery solution that is simple to use and almost a no-brainer purchase for current or future AWS customers.