We have to distinguish here between remote and local storage. The new virtual machines only support local SSDs (drive D:). Notice that the system drive (drive C:) doesn’t use the SSDs. Thus, the boot up speed of D-Series VMs shouldn’t differ from the A-Series VMs.

Microsoft warns against using local storage (drive D:) for storing any personal or application data because data stored on this drive is subject to loss  and offers no redundancy or backup. However, contrary to AWS EC2 ephemeral local storage, the data survives if you temporarily shut down the machine. Nevertheless, using the local SSD in production environments only makes sense if the data you store on them is replicated across multiple VMs.

Prices for the new Azure SSD VMs are difficult to compare because the CPU cores, RAM configuration, and disk sizes of the D-Series VMs differ from those of the A-Series. The D-Series VMs have CPUs that are 60 percent faster and offer up to 112 GB of memory.

Use SSDs in Azure ^

To launch a virtual machine with SSD support, you simply have to choose one of the VM sizes that starts with a “D.” The VM sizes that begin with an “A” come with local HDDs. 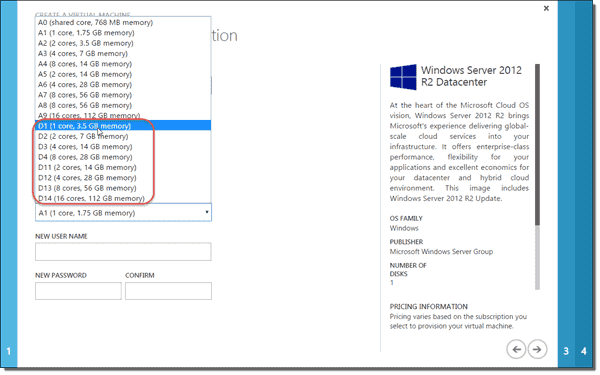 You can also change the type of an old VM into a D-Series VM. After you stop the VM, you just have to select the VM and then click Configure. 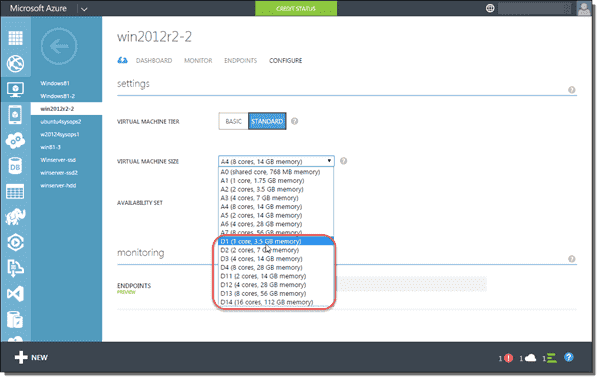 Change an old VM to SSD

Just in case you are wondering, how you can check whether a virtual machine uses SSD or HDD, the only way I know of is to measure the speed. The guest OS only sees the virtual disk and therefore doesn’t have access to the physical properties of the storage media.

For my tests, I used the AS SSD Benchmark tool. Please note that my benchmark tests are by no means complete or exact. Performance tests have to be run over periods of time, and my tests represent only snapshots. Moreover, the tool I used is probably suboptimal for benchmarks in the cloud. I just ran these benchmarks to get a rough idea of the expected I/O improvements of the new SSDs in Azure. 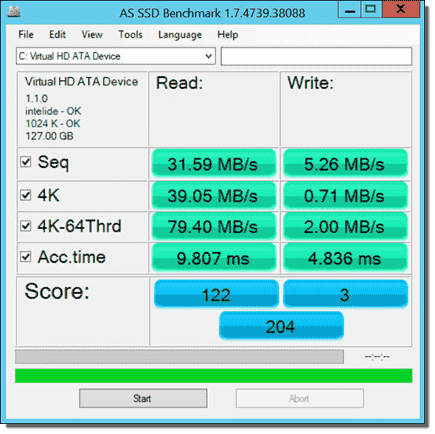 “Seq” measures the sequential speed by writing and reading a 1 GB file. The 4 K tests randomly choose 4K blocks. I think data from these 4K tests is not reliable with remote storage. “Acc.time” stands for the access time. Note that we also have to take network latencies into account here.

In comparison, the local SSD is, of course, much faster (sequential read/write). 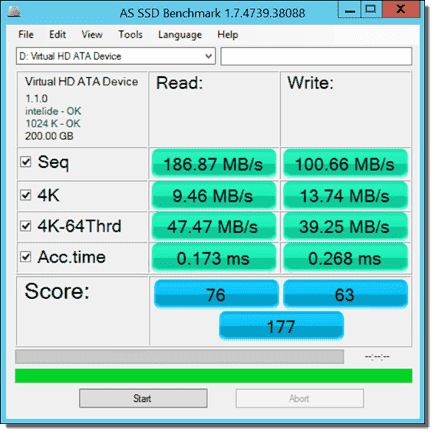 Let’s see how this compares to the remote SSDs (EBS) in Amazon EC2 instances. I used the m3.xlarge instance type (4 vCPUs, 15 GB RAM). 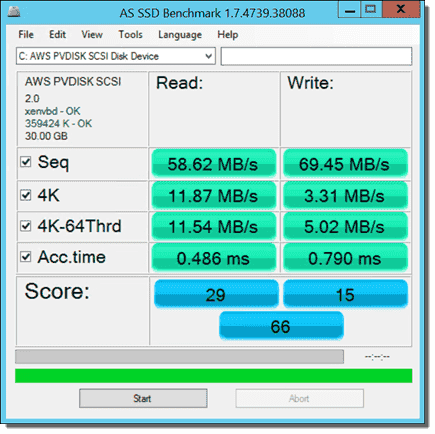 As you can see, the sequential speed of the EC2 instance (58 MB/s, 69 MB/s) is not as fast as with Azure’s local SSDs (186 MB/s, 100 MB/s) but is significantly faster than Azure’s remote HDDs (31 MB/s, 5 MB/s). However, the bottleneck with remote SSDs is usually the network speed; thus, it makes more sense to compare the Azure SSD with the local EC2 SSD (instance store) read and write speed: 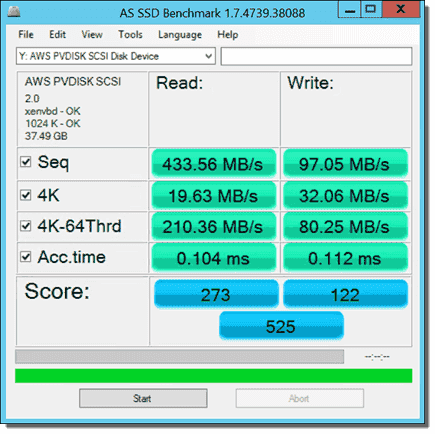 All in all, I wouldn’t read too much into the details of the data and the overall score because the tests are very crude. I tested in the Azure location South Central US, and in the AWS availability zone us-east-1a with Windows Server 2012 R2.