Jeff Brown  Fri, Nov 19 2021Fri, Nov 19 2021  azure, cloud computing  2
Infrastructure as code aims to make resource deployment more predictable. Instead of writing complicated scripts, you write out what the resource should look like and then have a tool figure out how to deploy it. For Azure, the infrastructure-as-code solution has been the Azure Resource Manager or ARM templates written in the JSON syntax. Microsoft recently released a new configuration called Azure Bicep, which makes the configuration writing process more manageable. In this article, you'll learn about the Bicep syntax, authoring a Bicep template, and deploying Azure resources using Azure PowerShell and Azure CLI. 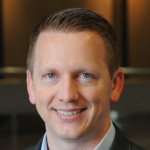 To follow along with this tutorial, you will need:

What is Azure Bicep? ^

You can think of Bicep as a revision of the existing ARM template language. While the syntax has changed, Bicep retains the same functionality and deployment methods. In fact, the Bicep binary takes your Bicep code and converts it to an ARM template during deployment. While Bicep is relatively new, Microsoft has announced that it is ready for production use, starting with version 0.3.

Bicep provides many benefits over traditional ARM JSON templates and other third-party tools.

How to install Azure Bicep ^

To get started with Bicep, you need to install a few tools on your local system. Luckily, Microsoft provides multiple ways to use Bicep across Windows, Linux, and macOS.

The Bicep CLI supports installation on Windows, Linux, and macOS. If you install the Bicep CLI tool manually, you need to add it to your PATH environment variable to use the commands from the command line.

Microsoft provides several scripts and code samples for downloading, installing, and configuring PATH across multiple platforms. Use the links below for more details about your platform.

If you're a fan of the Azure CLI, you're in luck when it comes to using Bicep. Starting in version 2.20.0 and later, the Azure CLI automatically includes an instance of the Bicep CLI. This Bicep CLI instance is self-contained and does not conflict with any versions you install manually. Azure CLI does not add the Bicep CLI binary to your PATH variable.

Azure CLI automatically installs the Bicep CLI when you issue a command that needs Bicep. If required, you can install, update, or validate the Bicep CLI manually using the following commands:

The self-contained Bicep CLI instance found in the Azure CLI is not available for PowerShell commands. However, be on the lookout for a future version of the Azure PowerShell module that includes Bicep CLI commands natively.

You can write Bicep templates using the tool or IDE of your choice. Bicep files have a .bicep extension. For the best template authoring experience, you should look at using Visual Studio Code. Microsoft provides a Bicep extension that provides language support and autocompletion to assist in writing Bicep templates.

To install the Bicep extension:

Like other infrastructure-as-code languages, Bicep templates have various components and syntax for defining resources. The following sections introduce just a few of these components and capabilities. To follow along, create an empty file named vnet.bicep, which you'll use to write a template for deploying a virtual network.

Bicep's primary purpose is to define resources. Resource definitions comprise several key pieces of information. Here is a basic structure for a resource definition, starting with the keywork resource:

Let's review each component and the role it plays in the declaration:

Like ARM templates, you use parameters to pass data to the configuration during deployment. Parameters make templates more dynamic, as you can use the same template multiple times and customize it to the environment.

You define parameters using the keyword param, followed by the parameter name and type. Parameter types include string, integer, boolean, object, and array. Parameters can also have default values; you add these using an equals (=) sign.

Add two parameters to your Bicep template for environment and location. The environment variable has a decorator for allowed values ('prod', 'qa', and 'dev'), meaning these are the only values you can specify for the parameter. You can read more about the available decorators here.

Let's say this virtual network template is for deploying the network components of an application and other resources. You want to establish a base name for Azure resources using the app name, environment, and location.

Create a variable named appName, and use string interpolation to create the base name. String interpolation means that parts of a string have placeholders that are later replaced with an actual value. For the appName definition, the string contains the values passed through the environment and location parameters.

With the parameters and variables defined, you can update the virtual network name and location using these values. Note that the resource name property also uses string interpolation to append "vnet-" to the beginning of the name.

You deploy Bicep templates the same way you deploy ARM templates. This tutorial uses both Azure PowerShell and Azure CLI as deployment methods. Both examples use an existing resource group named rg-bicepdemo, located in the WestUS2 Azure region.

If you have a library of existing ARM templates, you can convert these to Bicep-formatted files using the Bicep CLI. Use the bicep decompile command and specify the path to the ARM JSON template.

The decompile process is best-effort, and Microsoft does not guarantee direct mapping between the two template languages. Be sure to review the decompiled Bicep template and fix any warnings or errors. If you encounter an error, feel free to open an issue on the Bicep GitHub Issues page.

You can also convert a Bicep template to an ARM JSON template using the bicep build command, like this:

Microsoft is putting a lot of effort into building the Bicep language and tools. It may take a while, but Bicep will become Microsoft's preferred infrastructure-as-code language for Azure. ARM templates will always have a place, but hopefully seeing Bicep's simpler syntax has convinced you of its value.

If you want to learn more about Azure Bicep, check out all the Microsoft Learn modules covering Bicep. If you want to compare Bicep and ARM template syntax, check out the Bicep Playground, where you can compare the two languages.