Michael Pietroforte  Thu, Mar 27 2014Fri, Mar 28 2014  AWS, cloud computing, desktop virtualization  2
Amazon announced the general availability of their VDI service, Amazon WorkSpaces, and it is not just a public beta; the thing is done. Perhaps news that is even more interesting is that the cloud price wars reached a new climax.

You can now access WorkSpaces from the AWS Management Console. Many expected that a public beta would follow the traditional route of a limited preview, though I already noticed during testing for my review that WorkSpaces is stable and performs as advertised. However, what surprised me is that the new functionality had been added without any prior beta testing; although, my contact at Amazon mentioned last week that new features are already in the making. 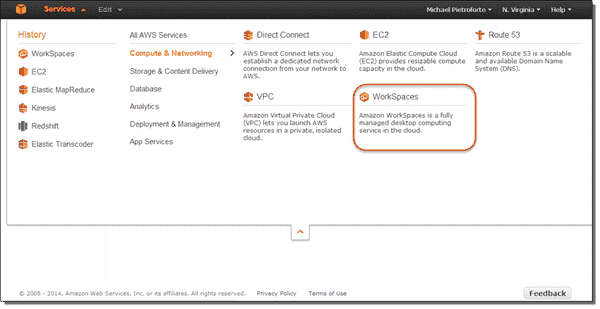 WorkSpaces Connect allows you to use your existing on-premises or cloud Active Directory for your virtual desktops. The second new feature is WorkSpaces Sync which enables you to sync documents from a WorkSpace to Amazon S3 and from there to local desktops. I will have a closer look at these new features and review them on 4sysops. 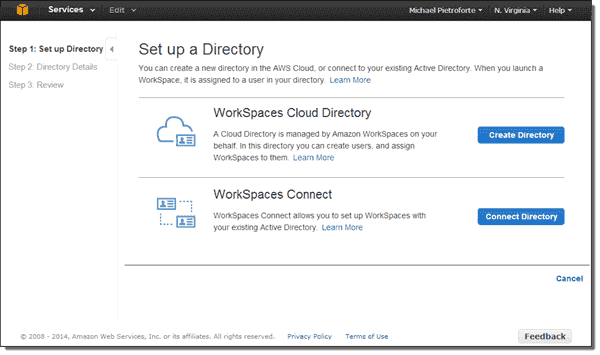 Unsurprisingly, Amazon didn’t wait an entire day to follow suit with Google’s massive price reductions; it is fascinating to watch these cloud giants fight for the IT market of the future. Prices dropped up to 40 percent for Amazon EC2, up to 61 percent for Elastic MapReduce, and up to 65 percent for S3. This will certainly increase the pressure on IT departments to transfer more of their infrastructure to the cloud.

If you still don’t believe in the cloud, you may have to ask yourself if you are a flat-earther. Even cities are now being built on the cloud. To those working in a government institution: it is now time to reconsider how to deal with on-premises IT.