In the software development world, a point release is typically a minor release that introduces no new features but instead focuses on bug fixes. AdRem broke this convention this month by releasing version 9.2.0 of their NetCrunch network monitoring and management software.

The upgrade is free for existing NetCrunch customers; their customer portals will be "automagically" upgraded to v9.2. As of this writing, the free evaluation edition has already moved to version 9.2, as well.

If you're unfamiliar with NetCrunch, then I strongly advise that you read my product review from December 2015:

Today I'd like to focus on the highest-impact new features.

NetCrunch now is much better equipped for use in shops that must pass compliance audits with governmental, military, or regional regulations. AdRem delivered a new NetCrunch audit monitoring pack that can track failed NetCrunch login attempts. NetCrunch administrators can now (finally) use the same account for both the local console and WebAccess console.

A pain point with previous NetCrunch versions was the product's weak integration with external service desk and messaging services. In v9.2, we now have two-way integration with the following third-party solutions:

This means that NetCrunch can both open and close external service tickets from other line-of-business service management solutions, and vice-versa.

The NetCrunch development team did a good job making the Event Details dialog box more understandable and configurable. As you can see in the following screenshot, NetCrunch administrators now have much greater control over alert management, all from a single "pane of glass." 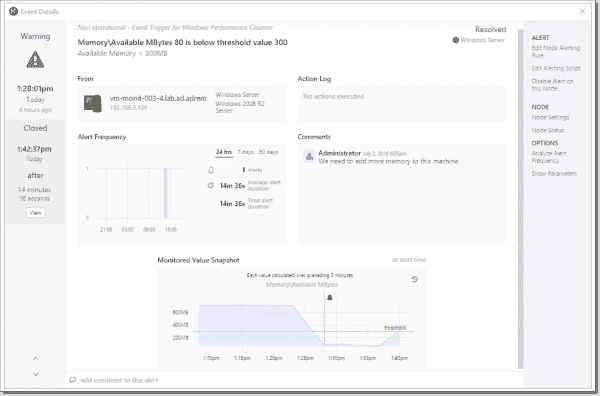 More monitoring packs mean you can add more of your infrastructure to NetCrunch. NetCrunch v9.2 introduces support for the following solutions:

Any Windows administrator with some experience with monitoring software understands that wrangling different network credentials can sometimes be awkward at best. Check out the new, separate Credential Manager NetCrunch added to v9.2: 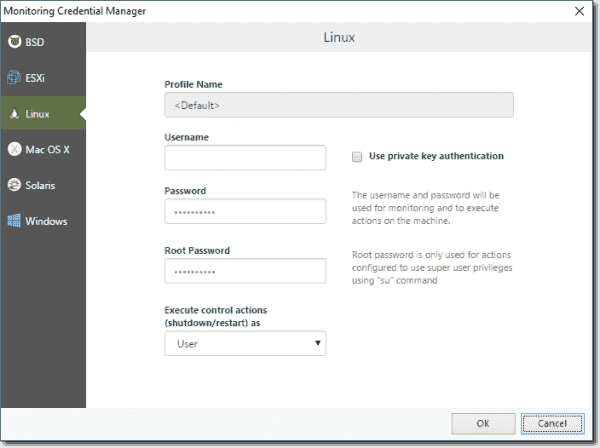 NetCrunch's GrafCrunch enterprise dashboard software is now based on Grafana 2.6, the latest stable version. The biggest benefit is that we can create summary dashboards that aggregate metrics from multiple NetCrunch servers in your environment.

The redesigned Event Details window (previously discussed) enables administrators to add comments to alerts, and the most recent comment is visible in the event log. A new Notes pane in the Node Details window allows NetCrunch admins to add documentation directly to the node properties.

It's important to note (pun certainly intended) that nodes can be archived but not deleted.

Well, there you have it! Consider downloading the free 30-day NetCrunch evaluation version, and be sure to check out AdRem's documentation library. Here are AdRem’s NetCrunch license package options:

You can read AdRem's press release, the release notes, or "What's New" document for more detailed information on the 9.2.0 release. Happy systems monitoring!