Add a signature to Office 365 emails with PowerShell

Home Blog Add a signature to Office 365 emails with PowerShell 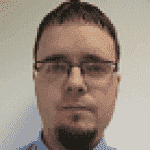 Like a lot of schools in the UK and around the world, we use Microsoft Office 365 for our email service. All of our users use the web app exclusively to check their mail.

One thing that is lacking is the ability to centralize the management of user signatures and to ensure that those signatures conform to corporate standards without third-party tools. In this post, I’ll take you through some PowerShell scripts that can help you get a handle on this issue. 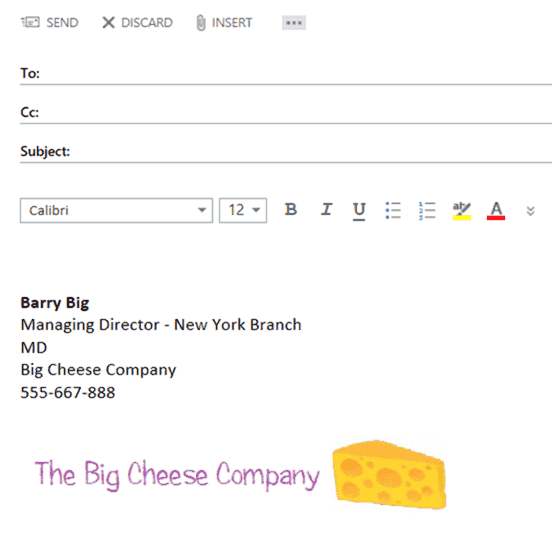 I currently have this functionality split into two scripts: the first script exports details from Active Directory and generates some HTML files for the signatures, and the second script pushes those signatures to the users’ Office 365 accounts.

These scripts are provided for you to use at your own risk. Note that there is currently no error checking, and you must test the scripts before deploying them in a production environment. I tested the create script on a Windows Server 2008 R2 Domain Controller and the push script on a Windows 7 Enterprise 64-bit client, but there is no reason why, in your environment, you couldn’t run both from the server.

It’s also possible that you could combine the two scripts into one and run the combined script as a scheduled job. The scripts are provided merely as a starting base for you to work from.

I welcome suggestions for additions and modifications to the scripts.

The script first imports the required PowerShell module. The save location must exist and should be completely empty when the script first runs; on subsequent runs, the script will overwrite the output .htm files anyway.

The script uses the Get-ADUser cmdlet to retrieve information from AD. The -searchbase parameter is used to target it to a specific OU. Now that we have all the properties from all users in that OU as an array in $users, we can process the user information. 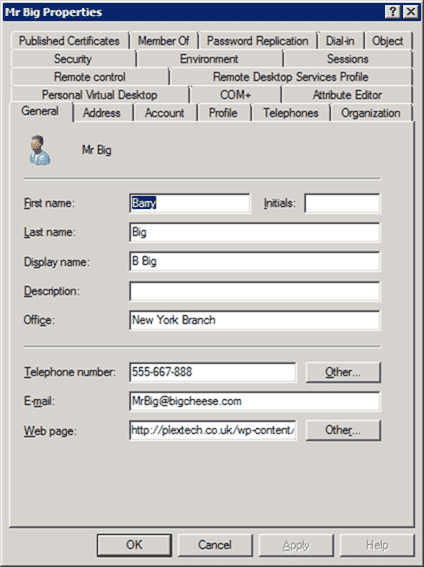 Properties of a user object in Active Directory

The For loop goes through this array, pulls out the specified AD fields, and stores them as parameters. A full list of the fields can be found here.

The script uses the wWWHomePage field to store the location to a publicly accessible image that will be included in our signature file.

Next, the script constructs a CSS/HTML file containing the selected fields and writes the file to the $save_location folder in the format username.htm. You can open this file in a web browser to make sure it looks as you expected.

Push the signature to Office 365

Now that we’ve created an HTML signature file for each user, we have to connect to Office 365 and push this HTML to their signature.

The $save_location variable must be set to the folder containing the HTML signature files.

You’ll be prompted for some login credentials for Office 365; these credentials must be for a user who can access and write to the users’ signatures. I use my global admin account for this.

Get-ChildItem is used to create a list of all the files in the $save_location folder. The cmdlet creates an array of the file names so we can run through the individual file names in a For loop.

$($item.Basename) retrieves just the file name with no extension. This result is quite handy as, in this instance, it’s also providing us the user name for the user we are going to edit once it is combined with the $email_domain.

The set-mailboxmessageconfiguration command is the one that does the magic and puts the HTML file into the user’s signature. Unfortunately, the command doesn’t return anything so there is no way to be 100% sure it worked.

At the end, the connection to the Office 365 service is disconnected. Users will have to log out and log back in before the new signature takes effect.