Activate SMB compression when copying files over the network

Wolfgang Sommergut  Mon, May 10 2021Mon, May 10 2021  file tools, hyper‑v, virtualization  2
Windows 10 20H2 introduced SMB compression as a new feature, and Server 2022 will also include it. SMB compression accelerates copying data over the network, primarily for large, uncompressed files, such as VHDs. Compression can be enabled with Robocopy and xcopy using a new switch.
Contents

The ability to compress files has apparently been part of the SMB specification for a while now and has been included in Windows 10 for some time. So far, however, it could not be used in practice because it was lacking tools support. When it was announced last year, it was not yet clear when and how it would be available.

In the meantime, files can be explicitly compressed when copying to or from a file share under Windows 10 20H2. The preview of Server 2022 also includes the option. Contrary to reports, it was not added to Server 2019 via a cumulative update. 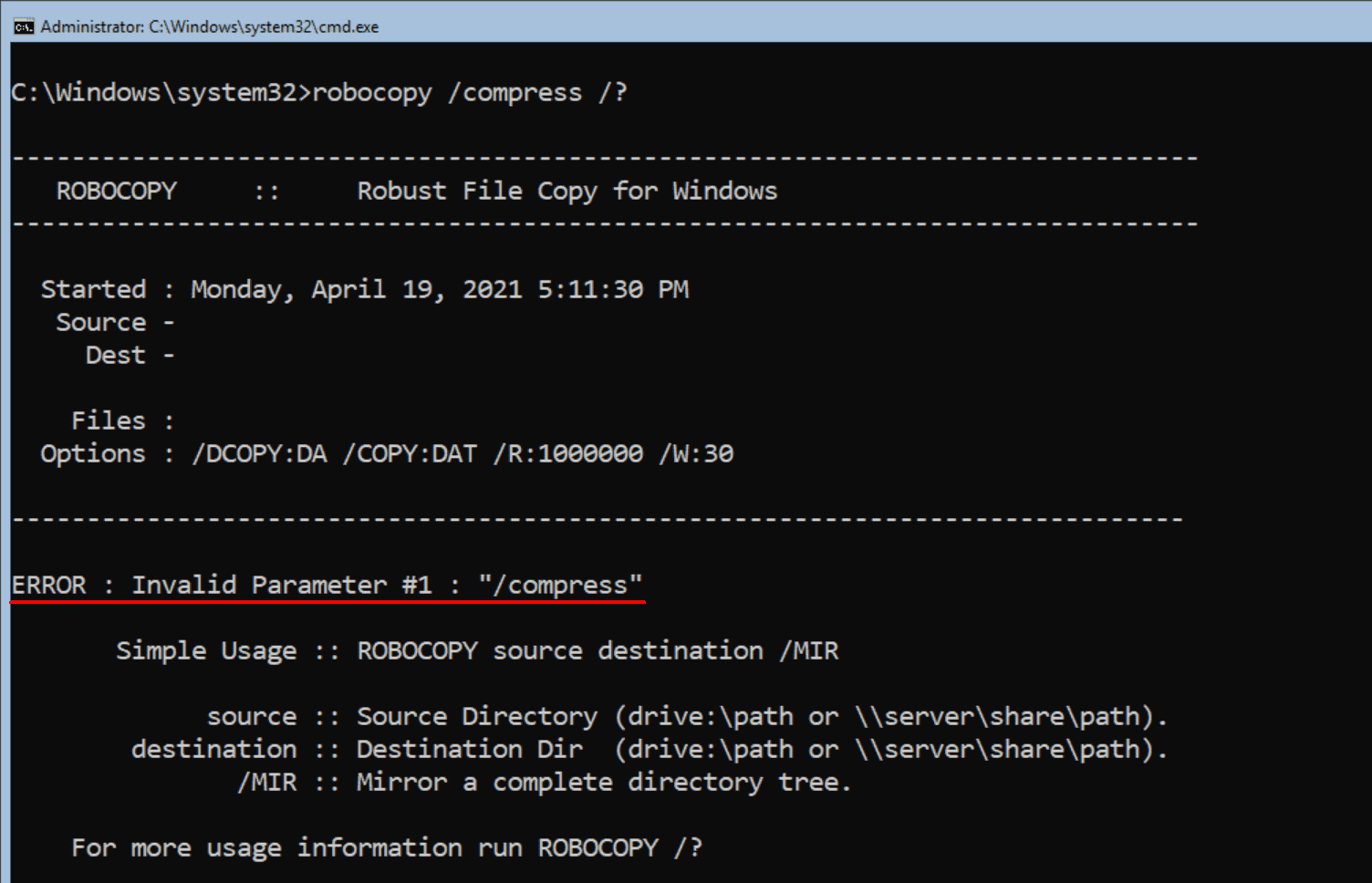 Neither Robocopy nor xcopy support SMB compression in Server 2019

It is already clear that SMB compression is not intended for end users who, for example, load Office files from a file server. Rather, the target group is admins who need to transfer large files to other computers.

Hyper-V and Cloud as use cases

On the one hand, this affects the live migration of virtual machines since Hyper-V also supports SMB shares as storage for VHDs. A major motivation for SMB compression, however, has likely been services such as Azure files. In most cases, users connect to the cloud via relatively slow networks; hence, the greatest benefit can be achieved here by reducing the amount of data transferred.

At the moment, the usage scenarios for SMB compression are limited because it is primarily intended for Windows Server but is not yet available there. Larger client-to-client copy operations are the exception rather than the rule.

Usage depends on the type of data

The tools Microsoft has chosen to explicitly enable compression are robocopy.exe and xcopy.exe. Both offer the new /compress switch in Windows 10 20H2 and Server 2022 Preview.

It is obvious that the gain in performance depends primarily on the type of data being copied. Microsoft supports several algorithms, but of course they won't deliver any benefit with ZIP archives, JPGs, or other already compressed data. To prevent the copying process from slowing down in this case, the compression automatically turns itself off.

In my experiments, compressing an ISO file that primarily contained .cab files resulted in only a minor advantage. As expected, similar results emerged when copying a folder structure with many relatively small files. 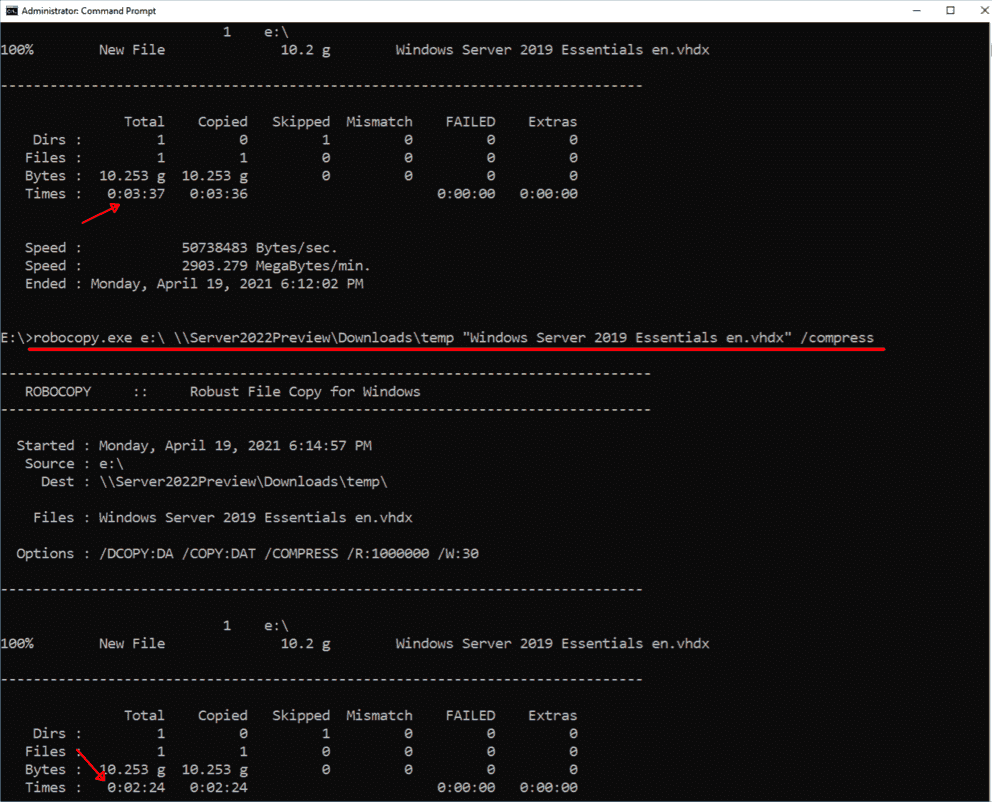 Compression achieved the greatest effect when transferring a virtual drive

Significant differences were found when transferring an 11 GB VHDX with robocopy. However, these were not as impressive as in Microsoft's example, when the vendor announced SMB compression.