Action1 RMM: Managing and monitoring IT for hybrid workforces

Action1 is a remote monitoring and management (RMM) solution that embraces cloud connectivity for remote endpoints and helps organizations overcome the challenges of traditional IT management solutions that require access to the corporate network.

Since the hybrid and remote work is here to stay, the cloud-centric approach is now the preferred and the most effective remote IT monitoring and management model for businesses. With the Action1 agents installed, clients only need regular Internet access to communicate over SSL port 443 and TCP 22543. This architecture allows businesses to effectively monitor and manage clients across various networks, including remote sites, home networks, and elsewhere.

With a release cycle that includes three to four releases per year, Action1 has been steadily adding new features and functionality into its RMM product. The latest features released this month help increase both the visibility and security controls organizations need for remote IT management.

New features included in this release that caught my attention include:

Real-time visibility into vulnerabilities and IT assets

With this release, Action1 has drastically improved its reporting engine. Now, all reports are customizable, and organizations can generate new reports to get real-time intelligence regarding potential vulnerabilities across their remote and in-office clients. Action1 now comes with a variety of templates -- so-called data sources. Customers can leverage them to create custom reports. These data sources cover various parts of corporate infrastructure from Windows updates and GPO settings to hardware configurations and network settings. Of course, customers can create new data sources from scratch, too. 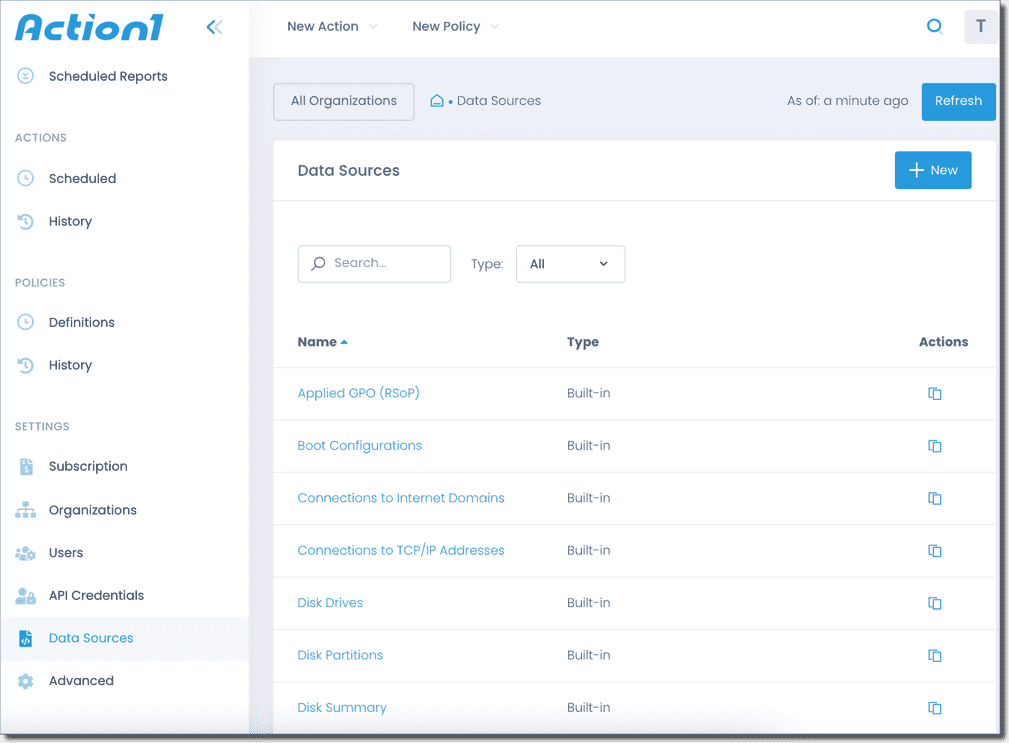 This customization allows businesses to get up-to-date information about their inventories/assets and to get real-time information about missing updates and other aspects of their end-user clients. With the custom reporting feature, system administrators can customize built-in reports and build new reports from scratch in order to get more detailed data for security, compliance and other purposes. For example, one can create a custom report that flags all endpoints missing hotfixes that require a reboot. Such a report isn’t available out of the box; but now a user can create it with a few clicks by selecting the Windows Updates data source, picking the right columns, and fine-tuning filters. 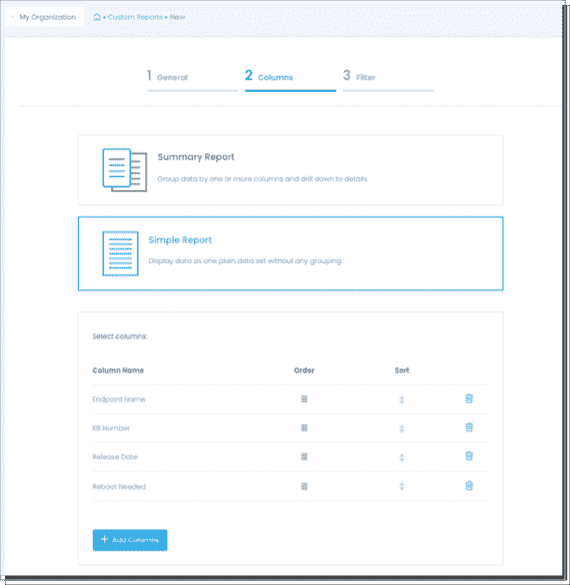 Creating a custom report based on a data source template 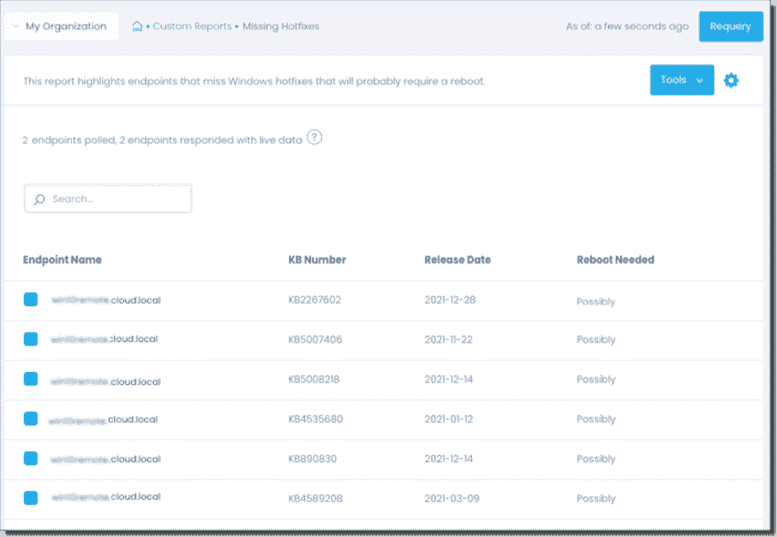 Custom reporting helps IT departments and MSPs in many ways. For example, instant customized reports allow viewing live data from endpoints on vulnerabilities affecting security posture, compliance, and productivity. With such a functionality, IT teams can satisfy many use cases.

In the current release, Action1 has added more options to implement a multifactor authentication (MFA).

This new MFA enhancement helps businesses minimize the risk of data breaches and provides them with more flexibility. It allows organizations to use the tools and multifactor apps they are most likely already using for other cloud services.

In addition, Action1 has added support for OAuth 2.0 to its RESTful API. It allows organizations to integrate third-party solutions with Action1 RMM using a standard and secure industry protocol.

In addition to today's security concerns across the board, businesses must comply with the latest regulatory frameworks, which can present challenges in terms of data sovereignty. Examples of tough compliance standards that mandate requirements for how data is accessed, stored, and transmitted include the California Consumer Privacy Act (CCPA) and the EU's General Data Protection Regulation (GDPR). Any occasional error, if it causes a data breach, might result in steep GDPR fines, amounting up to €20 million or 4% of the global turnover for an organization. Either way, businesses must take data privacy and security seriously.

The new Remote Desktop settings in Action1 RMM help organizations avoid compliance violations, such as accidental sharing of sensitive data with third parties. These settings enable admins to specify whether to prompt a user to accept their remote connection request or not, and how much time to give to the user to decide whether to accept this request. This enhancement minimizes interruptions and lost productivity for users, too. 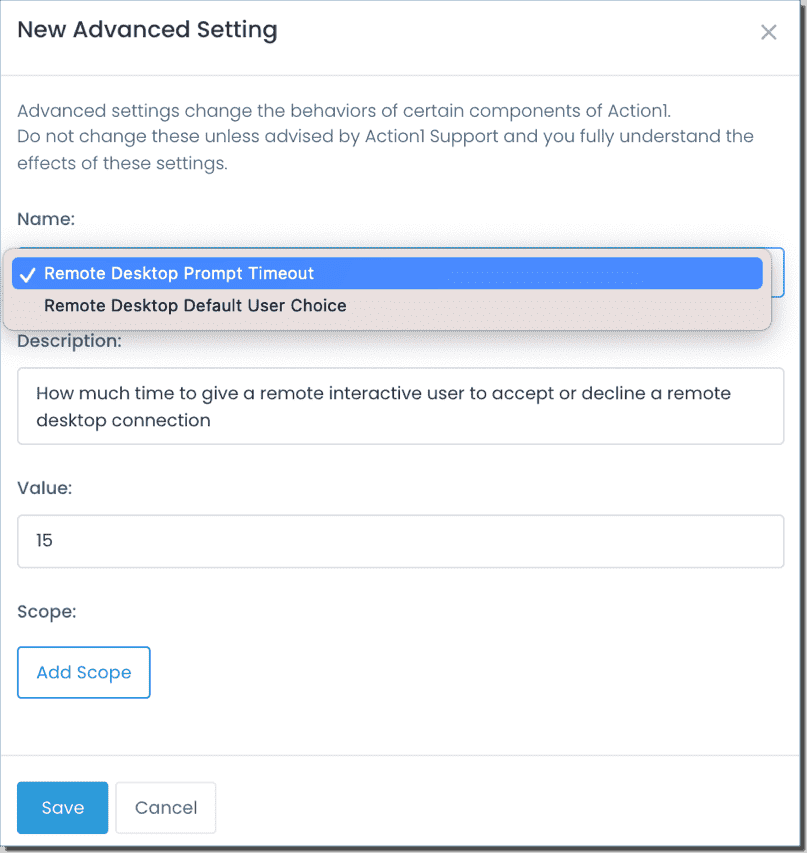 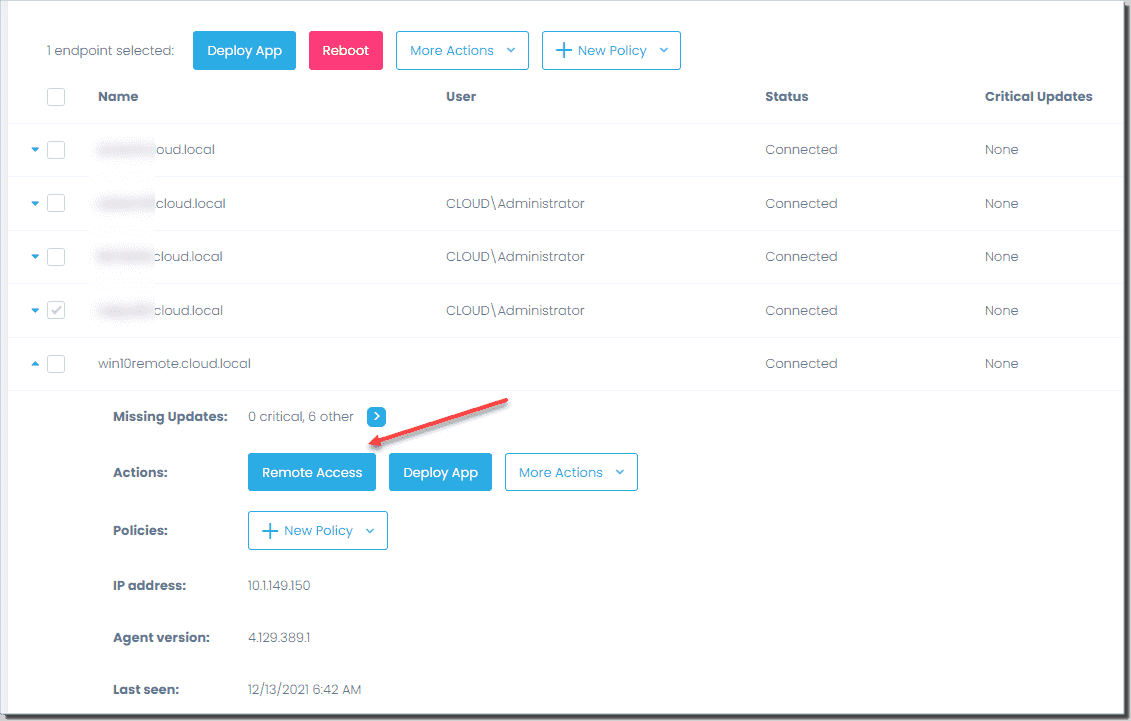 Easier patching and deployment of third-party and proprietary applications

Last but not least, Action1 has made it easier to deploy custom software applications using the Action1 platform. In particular, improvements have been made to deploying software that is not included in the Action1 App Store.

The Action1 App Store contains a catalog of numerous freely available applications you can install on managed endpoints. If a particular application is not included in the Action1 AppStore, you can create a custom package and deploy it accordingly.

The December 2021 Action1 service update improved the workflow and process of deploying custom applications. These improvements include: 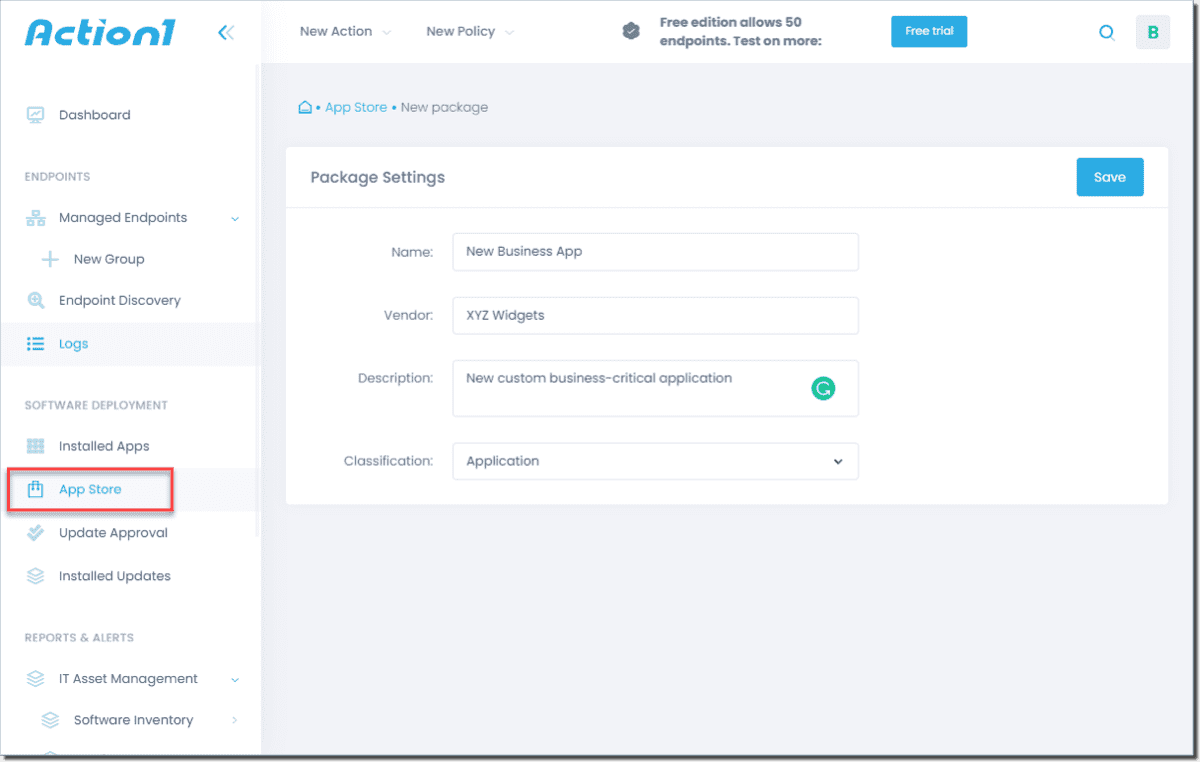 Wrapping up and impressions

The latest Action1 December service release adds excellent new features to the platform. Action1 is rapidly improving its capabilities to enterprise environments that support a remote or hybrid workforce that looks to be continuing into the foreseeable future. The new cloud-based remote monitoring and management (RMM) model is undoubtedly the way forward for businesses in the new hybrid cloud workplace. In addition, the new security and application deployment features found in the new release help such modern businesses remain agile and carry out the critical security and application tasks needed for maintaining effective operations.